Austrian authorities on Thursday discovered an abandoned truck on a highway near the Hungarian border, packed with the decomposed bodies of 71 dead migrants, including four children. While migrants have perished at sea in the multitudes, this tragedy has put Europe on notice: The horrors from which the migrants flee, and that regularly play themselves out in the middle of the Mediterranean, will soon become commonplace in the heart of the continent unless something changes.

Now how addled and obsessed must one be to use this event as a stick to beat Israel? About as addled and obsessed as Juan Cole, professor at the University of Michigan and popular blogger on the edge of the left. See as evidence this post: “Austrian Truck Tragedy echoes Palestinian Story, reminding us of 7 million still stateless [Palestinians].”

What is that Palestinian story? It is a 1962 novella by the Palestinian writer Ghassan Kanafani entitled Men in the Sun. The allegorical storyline is about three Palestinians who flee the misery of Lebanon’s refugee camps to Iraq, in the hope of reaching the Xanadu of Kuwait. They are smuggled across the desert from Basra in the empty barrel of a water tanker truck. But because of a delay at the Kuwaiti border, the three suffocate to death. (The novella was made into a film in 1972.)

I won’t make an issue of the “seven million still stateless” Palestinians. (The upper-end estimate is closer to five million.) And far be it from me to quibble with anyone’s free associations. But Cole tops off his with this statement, which purports to be historical: the Palestinians’ “home has been stolen from them by the Israelis and they were unceremoniously dumped on the neighbors or in the West Bank or in the Gaza Strip. They are stateless. They are the original truck people.” (My emphasis.)

This concluding dramatic flourish, identifying the Palestinians as “the original truck people,” jolted me. The first people made stateless, dispossessed, stripped of their humanity, and packed into sealed trucks where they died horribly, all in the very heart of Europe, were many thousands of Jewish victims of the Nazi extermination machine.

As anyone who has read even one history of the Holocaust knows, before there were gas chambers there were mobile gas vans. These were airtight trucks that could be packed with as many as sixty persons, who would be killed by cycling the carbon monoxide exhaust back into the cargo area. Himmler ordered the invention of the method to spare the Germans in SS killing squads the damaging psychological effects of shooting thousands of victims, one at a time. The trucks were deployed primarily to kill Jews, who were loaded into them without separation by gender or age. I will spare readers the horrific testimonies of the operators of these trucks, and the documentary evidence of how technicians worked to perfect them. I’ll only quote this argument, made by a technician, for keeping the cargo area lit:

When the back door is closed and it gets dark inside, the load pushes hard against the door. The reason for this is that when it becomes dark inside the load rushes toward what little light is left. This hampers the locking of the door. It has also been noticed that the noise [i.e., screams] provoked by the locking of the door is linked to the fear aroused by the darkness. It is therefore expedient to keep the lights on before the operation and during the first few minutes of its duration. Lighting is also useful for night work and for the cleaning of the interior of the van.

Hundreds of thousands died in these trucks, at least 150,000 in Chelmno alone. According to that same technician, three vehicles succeeded in killing 97,000 persons in the six months prior to June 1942. However, it turned out that the mobile gas vans were subject to breakdown on the back roads where they operated away from sight, and even then they proved impossible to keep secret. (Passersby could hear the screams.) Gas chambers located in extermination camps finally replaced the vans.

Of course, one mustn’t confuse botched human trafficking with planned genocide. But part of what is so shocking about the Austrian truck tragedy is the earlier precedent of men, women, and children packed into trucks and asphyxiated to death in the heart of Europe. If the horror on the Austrian motorway should evoke anyone’s fate, it is that of six million exterminated Jews, not five million living Palestinians. To anyone who knows history, death trucks on European highways recall why the “original truck people,” the Jews, needed the refuge finally secured by the creation of Israel. 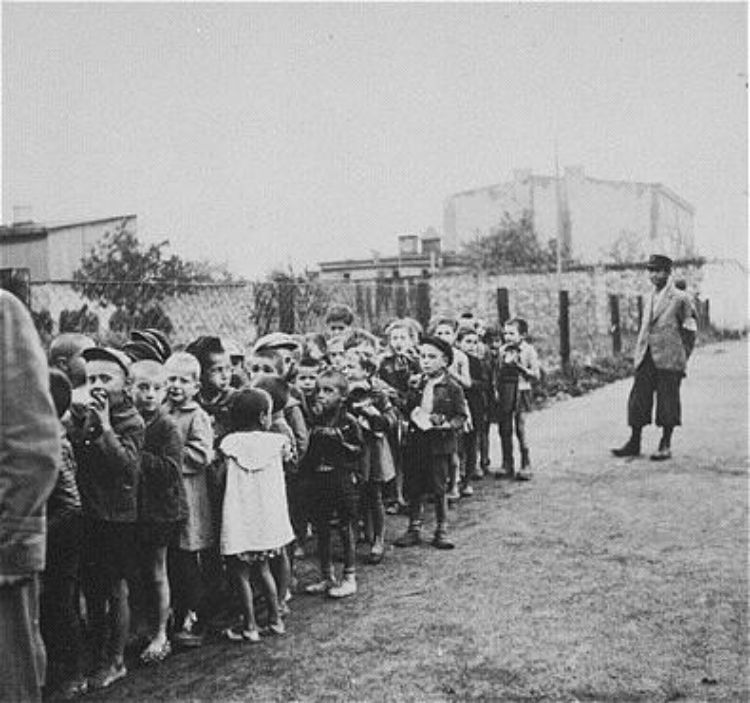