The New York Times has a truly horrifying story by reporter Joseph Goldstein that claims that U.S. troops in Afghanistan have been told to ignore evidence that the Afghan militia and police commanders they are working with are guilty of the sexual abuse of boys. The article says that Dan Quinn, a former Special Forces captain, beat up a militia commander who kept a boy chained as a sex slave to his bed — and that, rather than being given a medal for what he did, he was relieved of command and had to leave the Army. Apparently the Army is now trying to retire Sgt. First Class Charles Martland, who helped Quinn to beat up the pederast.

This is a scandal and an outrage.

Why is the army doing this? The Times reports: “The American policy of nonintervention is intended to maintain good relations with the Afghan police and militia units the United States has trained to fight the Taliban. It also reflects a reluctance to impose cultural values in a country where pederasty is rife, particularly among powerful men, for whom being surrounded by young teenagers can be a mark of social status.”

This is cultural relativism run amok. It’s true that pederasty is not uncommon in Afghanistan, but that doesn’t mean that people accept the practice of warlords stealing their young sons to become sex slaves. Far from it. As the New York Times noted all the way back in 2002: “An interest in relationships with young boys among warlords and their militia commanders played a part in the Taliban’s rise in Afghanistan. In 1994, the Taliban, then a small army of idealistic students of the Koran, were called to rescue a boy over whom two commanders had fought. They freed the boy and the people responded with gratitude and support.”

In other words, the rise of the Taliban is directly attributable to public revulsion against the very practices that American military personnel are now being told to condone. It is, thus, deeply counterproductive for American personnel to look the other way at sex crimes being committed under their noses in order to “build relationships” with predatory military leaders. It serves America little to build better relationships with evil strongmen who are alienating the population.

It’s true that the U.S. cannot impose all of its values on Afghanistan. The U.S. military is not there to mandate equal treatment under the law for women, for example. We should not necessarily force Afghan army interrogators to work from the U.S. Army field manual for interrogations. Nor should we necessarily mandate all of the protections of the American legal system for captured Taliban.

But we should not countenance our allies raping boys any more than we should countenance the rape of women. This is behavior reminiscent of the Islamic State.

What these Afghan commanders are doing is just as stupid as using massive amounts of firepower to bombard villages where the Taliban may have temporarily found refugee. By now the U.S. military well understands that causing indiscriminate civilian casualties is counterproductive. So, too, is allowing terrible crimes to be committed by ostensible allies. Such misconduct is the best recruiting tool the Taliban could possibly have. 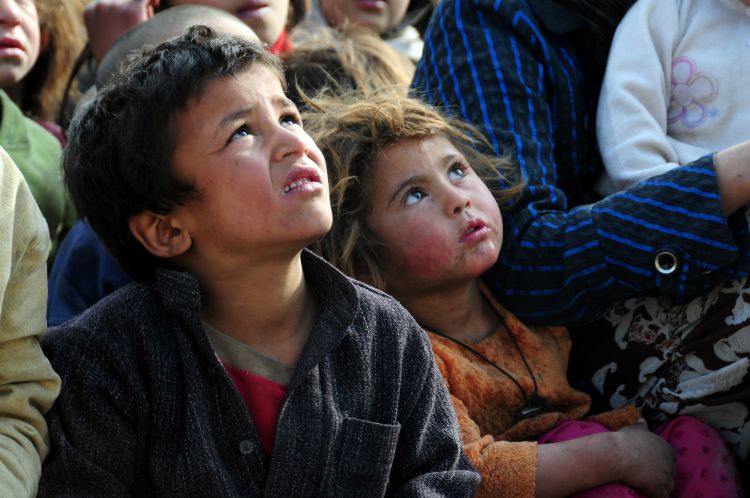