Terrorists think of themselves as bold individualists ready to risk all to strike a blow for the cause. In reality, they are usually fanatics of scant imagination or individuality who are as prone to fads as any middle-schooler.

Just look at the trends in terrorist attacks over the last half century. In the 1970s-80s, the popular tactic was airplane hijackings and hostage-takings—particularly for Palestinian terrorist groups and their Western collaborators in groups such as the Baader-Meinhof Gang. In the 1980s, Hezbollah pioneered the use of suicide bombings–especially employing truck bombs–and this tactic subsequently spread to Sunni groups such as al-Qaeda.

In 2001, Osama bin Laden came up with a relatively novel tactic—adapting the airplane hijackings of the past into a tool of mass murder rather than simply using the passengers to extract a ransom—but the 9/11 operation was, mercifully, impossible to repeat given the immediate advances in aviation security. Al-Qaeda in Iraq during the 2003-2008 period went back to the use of suicide bombers and car bombs on a scale never hitherto imagined.

Now ISIS and al-Qaeda are thinking small—urging their followers in the West to employ Do-It-Yourself tactics such as attacking people with knives or homemade explosives or trucks. As Peter Bergen noted, Islamist terrorists began to drive cars and trucks into pedestrians as far back as 2006. The use of trucks to plow people down achieved new heights of grisliness in Nice, where a terrorist killed 84 people in July. And now someone—the chief suspect being Tunisian immigrant Anis Amri—has driven a tractor-trailer into a Christmas market in Berlin killing at least a dozen people and injuring 48.

Amri is now the subject of a massive manhunt in Germany. Like most terrorists, he was already on the radar screen of authorities long before this attack. He had previously spent time in jail in Italy. In Germany, he was closely associated with a radical preacher who was in the process of being deported. “He also appeared on the radar of United States agencies,” the New York Times reported. “He had done online research on how to make explosive devices and had communicated with the Islamic State at least once, via Telegram Messenger, said the officials, who spoke on the condition of anonymity because of the investigation. He was also on a United States no-fly list.”

That Amri was still at liberty and able to perpetrate this horrific attack is clearly an indictment of Germany’s counter-terrorism authorities. That country, for obvious historical reasons, has not granted its intelligence and law enforcement services the kind of surveillance and detention powers that they need. But even in France, which has some of the toughest anti-terrorism laws in the West, all too many extremists have slipped through the cracks. In many Western European countries, there are simply so many radicals on the loose that police and intelligence officials are unable to keep an eye on all of them.

Even in the U.S., where the danger is somewhat lower because the Muslim population is smaller and more assimilated, the FBI has trouble keeping track of everyone on its radar screen. This explains, for example, why Omar Mateen was able to kill 49 people in an Orlando nightclub in June despite previously having been investigated by the FBI.

Unfortunately, the kind of simple terrorist attacks now advocated by ISIS and al-Qaeda, employing tools that are readily at hand and not requiring any elaborate planning, will always be hard to stop in a free and open society. There is certainly more “hardening” of “soft targets” that can and should occur, Israel being a pioneer in the kind of security measures that the U.S. and Western Europe should now adopt.

But, while emulating Israel’s resolve to fight terror, we in the West will also need to emulate Israelis’ stoicism and determination to allow normal life to proceed in spite of the ever-present threat. Germany is showing the way, with the Berlin Christmas market already having reopened just days after the carnage wrought there. Sadly, given the way that terrorists emulate one another, we can expect more such attacks—fiendishly simple and yet deadly—in the future. 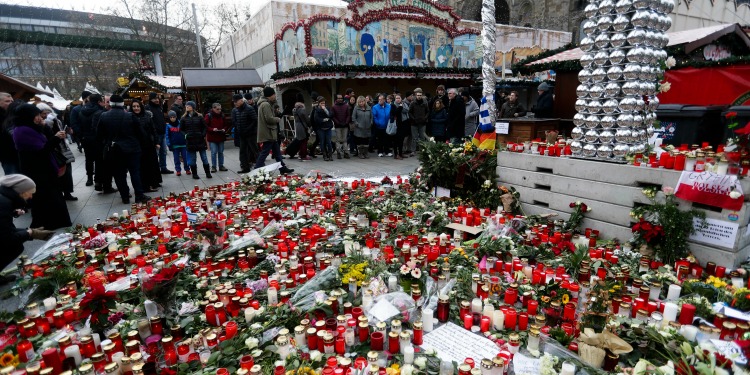