The expulsion of ISIS fighters from Palmyra, an ancient city in central Syria, is certainly good news. Coming just a few months after the end of ISIS control in Ramadi, Iraq, this suggests that the Islamic State is losing territory on its periphery — it is being reduced to its core area stretching from Raqqa, Syria, to Mosul, Iraq. If ISIS is not exactly being defeated, as President Obama promised, it is at least being degraded — and that’s a positive development.

But this good news comes with two important caveats — both worrisome.

First, as Islamic State loses ground in Iraq and Syria, it is obligated to look abroad to maintain its sense of momentum. That means more resources going into “provinces” such as the one in Sirte, Libya, which could easily become the group’s headquarters. And, even worse, it means more resources going into terrorism abroad — into more attacks like those in Paris, Brussels, Sinai, and San Bernardino. While ISIS’s power is being blunted, it remains dangerous, and from the standpoint of Europeans or Americans, the danger of ISIS-directed terror strikes is actually growing as the group loses territory.

Second, and even more important, the losses that ISIS is suffering are not at the hands of moderate forces or American allies. In both Syria and Iraq, ISIS’s losses are gains for Iran and its proxies. Palmyra was taken by Bashar Assad’s Syrian army (really now more of an Alawite militia than anything else) and Iranian-mobilized Shiite militias (including many foreign Shiites) backed by Russian air strikes.

Thanks to Vladimir Putin’s intervention, Assad has the momentum again — and if ISIS is suffering, so are the moderate rebels that the U.S. has supported. It is not all clear that Assad’s rule is preferable to Islamic State’s. Assad has actually killed far more people than ISIS has. The U.S. is more afraid of ISIS because that organization is seen as more of an immediate threat to the U.S. and its European allies, but Israel is more worried about Assad because it doesn’t want an Iranian-funded war machine on its doorstop.

And in the long run, Iran — a real nation state with massive oil resources, two powerful military forces (the regular Iranian Army and the Iranian Revolutionary Guard Corps), a history of sponsoring terrorism abroad, ballistic missiles, and a nuclear program that is, at best, halted temporarily — can wield more power and threaten the West more than ISIS, which is really a terrorist group masquerading as a state for the time being.

The extent to which the war against ISIS is entrenching Iran’s empire across the reach is clear from this Associated Press article about how Iranian-backed militias are becoming a state within a state in Iraq — on the model of Hezbollah in Lebanon. The article notes that there are “more than 50 Shiite militias in Iraq” with “between 60,000 and 140,000 fighters,” and they “are backed by tanks and weapons, and have their own intelligence agency, operations rooms and court of law.”

A top Iraqi general is quoted as saying: “They (the militias) have now infiltrated the government and are meddling in politics. I told the Hashd [militia] people that one day I and my men may fight them.” It is far from clear that the Iraqi army could win such a battle; all indications are that the Shiite militias are now the most powerful armed force in Iraq.

As long as that continues to be the case — as long as Iran continues to strengthen its hold in both Syria and Iraq — it will be hard to flip Sunnis in either country against ISIS. And that, in turn, will make it hard to defeat ISIS in its core territory from Raqqa to Mosul. Moreover, even if ISIS is finally defeated, that will hardly be cause for celebration if the consequence is simply to entrench an Iranian Empire, animated by the slogan “Death to America,” stretching from Tehran to Baghdad, Damascus, and Beirut. 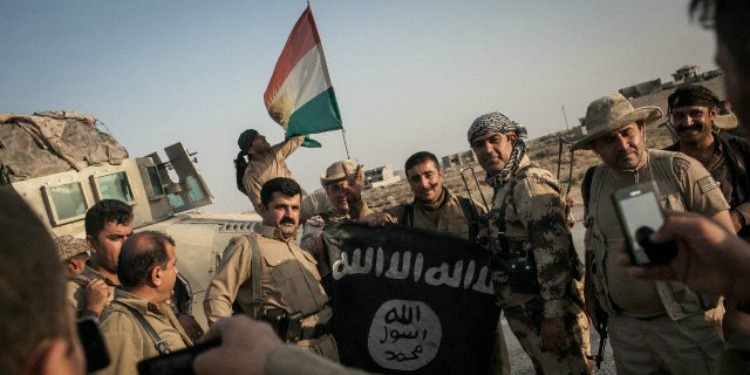