If you want to know why so many people hate Congress, look at the way it has handled the Justice Against Sponsors of Terrorism Act (JASTA) designed to allow relatives of 9/11 victims to sue Saudi Arabia.

It was always obvious that the legislation was deeply problematic, which is why it was opposed by the editorial boards of both the New York Times and the Wall Street Journal. The doctrine of “sovereign immunity” already has been breached to allow lawsuits against state sponsors of terrorism such as Iran. JASTA would go further to allow suits against foreign states if “any official, employee or agent of that foreign state” was implicated in an act of terrorism on American soil.

While there is no doubt that individual Saudis were involved in the attack—including, of course, 15 of the 19 hijackers–there is no evidence so far of the Saudi state being implicated. As the Journal noted, “The 9/11 Commission concluded that ‘we have found no evidence that the Saudi government as an institution or senior Saudi officials individually funded the organization.’ Some have pointed to the 28 pages from a Congressional report that were withheld from public view, but they were declassified this summer and provided no proof of official Saudi involvement.”

Nevertheless, lawmakers gave in to the pleas of 9/11 families and passed JASTA notwithstanding warnings that this could lead other nations to retaliate by stripping the U.S. of sovereign immunity abroad. It is also likely to worsen U.S. relations with Saudi Arabia, which remains a key U.S. ally in the Middle East and a bulwark against terrorism of both the Sunni and Shiite varieties.

President Obama vetoed the bill but this week lawmakers in both chambers overrode his veto by overwhelming margins. (The only dissenter in the Senate was retiring Minority Leader Harry Reid.) The really risible part of the story is what happened next.

Twenty-eight senators who had voted for the veto override signed a letter calling on Congress to “mitigate” the bill’s negative consequences. “There’s a desire to amend what occurred yesterday to put us in a better place,” said Senator Bob Corker, the chairman of the Senate Foreign Relations Committee. “I’d like to think that there’s a way we could fix so that our service members do not have legal problems overseas, while still protecting the rights of the 9/11 victims, which is what JASTA did do,” said House Speaker Paul Ryan. “Nobody really had focused on the potential downside in terms of our international relationships,” said Senate Majority Leader Mitch McConnell. “I think it was just a ball dropped”

Nobody focused on the negative consequences of the bill? Really? Obama warned about those very consequences in his veto message, but lawmakers disregarded his warnings before suffering what the White House correctly characterized as “rapid onset buyer’s remorse.” Now some lawmakers have the chutzpah to blame Obama for not campaigning harder against the veto override that they supported.

Here’s what happened: Lawmakers felt compelled to vote for the veto override for political reasons (who wants to stiff 9/11 families a few weeks before Election Day?), even though they knew they were enacting deeply flawed legislation that has a good chance of backfiring. In other words, this is a classic example of how spineless our leaders are. They didn’t have the guts to take a hard vote and are now demanding, in effect, a mulligan. Is it any wonder that 76 percent of Americans disapprove of Congress? The only wonder is that the number isn’t higher. 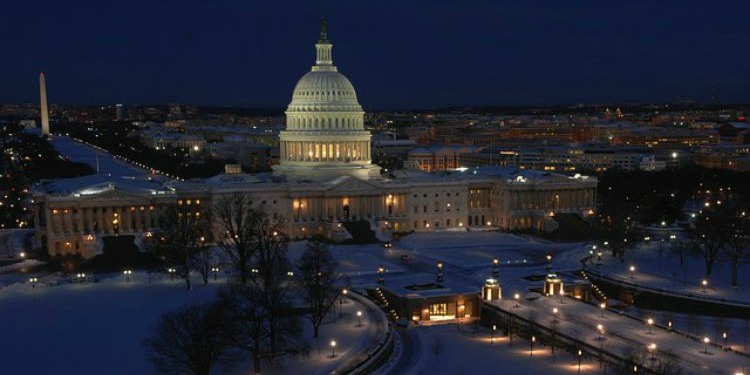