Donald Trump was nothing if not predictable in telling CNN viewers that they should consult with George S. Patton and Douglas MacArthur to figure out how to respond to the Brussels terrorist attack. He then went on to regurgitate his standard talking points about how we should ban Muslim visitors and employ torture beyond water-boarding — subjects on which, as far as I know, Patton and MacArthur never said anything remotely Trumpian.

But if Trump’s response is crude, it is also effective. It taps into a deep-seated desire among many Americans to defeat Islamist terrorists as decisively as we defeated the Nazis and Japanese in World War II. Why, many wonder (and not just Trump), can’t we use overwhelming force to win a complete victory and then go home again?

Those who make this analogy miss an essential difference between World War II and the War on Terror: In the former instance, we were fighting nation-states that had declared war on us. In such circumstances, it was perfectly appropriate to use maximal force to destroy the governments and armed forces of our enemies in the safe expectation that the conquered nations would then surrender. (Of course an obvious point that Trump and many others ignore as they trash “nation-building” is that our long-term success in World War II was only made possible by engaging in nation-building in Japan, Germany, and Italy; the process of transforming them from enemies to allies took decades and involved stationing U.S. troops on their territory.)

The situation with the War on Terror today is very different. We are fighting insurgencies, not nation-states, even if some of the insurgents (the Taliban before 9/11, ISIS today) have taken on many of the attributes of nation-states. This is an unconventional conflict in which our enemies seldom wear uniforms or mass in the open. They prefer to hide among a civilian population and to strike with stealth and surprise, usually against civilian, not military, targets. As I argued in my book Invisible Armies, this is an ancient form of warfare that requires a different response from conventional conflicts. Using maximal force against terrorists and guerrillas can backfire, more often than not, by killing innocent civilians and thereby driving their friends and relatives into the insurgent camp.

History is replete with such failures to defeat insurgent groups through fire-and-sword tactics. Recall the Nazi failure to pacify Yugoslavia in World War II, the French failure to pacify Algeria in the 1950s, or the Soviet failure to pacify Afghanistan in the 1980s. In all these instances the armies of occupation were more than happy to use torture “beyond waterboarding.” Indeed, they routinely inflicted much more heinous treatment on captives, who were normally executed after being tortured. And this, of course, was only the beginning of the ill-treatment that these armies meted out to the local population. As might be expected, the Soviets and Nazis were particularly heinous in their conduct — they routinely killed villagers in retaliation for nearby guerrilla attacks and freely bombed civilian centers in guerrilla-held areas. In other words, they actually implemented Trump’s threats to kill the relatives (and even the acquaintances) of terrorists.

And how did that work out? Trump obviously doesn’t know much history, but even he should realize that the Nazis lost in Yugoslavia, the French lost in Algeria, and the Soviets lost in Afghanistan. There is scant chance that the United States of America, even under a President Trump, could act more atrociously than these previous counterinsurgents did. But if it didn’t do them much good, why would we want to emulate the example of — to use Trump’s parlance — “losers”?

The key to successful counterinsurgency has always been to separate the hard-core fighters — the “irreconcilables” in General David Petraeus’s phrase — from the great mass of the population, which may include some guerrilla sympathizers but which is generally on the fence, waiting to see which side proves to be stronger. Successful counterinsurgents, whether in ancient Rome or modern-day Colombia, have always been careful to offer benefits to the ordinary population in order to convince them to side with the government.

A classic example was the way that Field Marshal Gerald Templer offered Malayans in the 1950s independence from Britain in return for their help in stamping out a communist insurgencies. A more recent example of the same M.O. was the way that Petraeus and Ambassador Ryan Crocker pressured the Iraqi government to offer salaries and other benefits to Sunnis who rose up against al-Qaeda in Iraq in 2007. By winning over the mass of the population, a counterinsurgent can then get the cooperation he needs to identify hard-core guerrillas who can then be killed or captured.

If applied to today’s war on terror, a counterinsurgent approach suggests that we should not be unduly alienating the Muslim population whose support or, at least, acquiescence ISIS and other terrorist groups need in order to be able to operate. Over-reacting to terrorist attacks and inflicting collective punishment gives insurgents exactly what they want — the support of the population.

Instead of claiming that “Islam hates us” or trying to bar all Muslims from entering the U.S., we should be reaching out to moderate Muslims, both in the West and outside of it, and making clear to them that the benefits of cooperation with our counter-terrorism efforts will be far greater than the benefits of cooperating with the terrorists. In particular, as I have repeatedly argued, we need to make clear to the Sunnis or Iraq and Syria — ISIS’s main constituency — that they will be protected from the wrath of Iranian-backed Shiite militias if they turn against ISIS. In the West, the U.S. and our European allies need to make clear to Muslim immigrants and their children that they can flourish by playing by the rules instead of alienating them and driving them to embrace extremism.

This is not to suggest that counterinsurgency is all about winning “hearts and minds.” There is also brutal war-fighting that must take place. Indeed, during the height of the surge in Iraq in 2007-2008, tens of thousands of insurgents were killed or imprisoned. But these actions did not cause a backlash in the Sunni community because U.S. acted with their cooperation, based on accurate intelligence, which allowed the U.S. military to identify actual insurgents without rounding up or killing a lot of innocent civilians. The kind of “carpet bombing” that both Trump and Ted Cruz advocate is counterproductive. What is necessary in an unconventional conflict is discrimination in the application of force — you have to first identify your foe instead of simply devastating entire neighborhoods or cities as we did during World War II.

The Patton or MacArthur approach — also the approach of those other great American generals, Ulysses S. Grant and William Tecumseh Sherman — is not appropriate for the kind of war we are in today, which is an unconventional conflict. That is something that William Westmoreland, a World War II veteran, discovered in Vietnam when he tried to use virtually unlimited firepower to eliminate the Vietcong — an approach that led the United States to disaster. That isn’t to say that it’s impossible to defeat the terrorists, only that we must use different and more subtle methods to do so. Alas, “subtlety” does not appear to be part of the lexicon of Trump and his fans.

This is a very different method of fighting from the conventional approach of World War II — the only kind of war-fighting that Trump seems to be familiar with, probably because he has seen George C. Scott portray Patton on the silver screen. 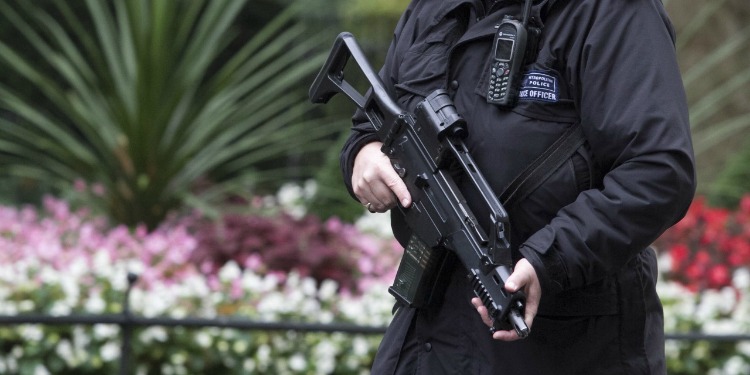