For anyone who imagines that Bashar Assad is a possible ally against ISIS — a group that now includes, inter alia, Ted Cruz — this Wall Street Journal article should be required reading. It points out that the Assad regime has been engaged in an active trade with the Islamic State, with Assad providing electricity to ISIS-controlled areas in return for natural gas, crude oil, and other goods. This two-trade was highlighted on November 25 when the U.S. Treasury imposed sanctions on George Haswani, a Syrian businessman who has been an intermediary between Assad and the Islamic State.

This is, of course, only a part of the collusion between Assad and ISIS. Assad also has been refraining from actively attacking ISIS. He and his patrons — Iran and Russia — prefer to hit the more moderate rebels backed by the U.S., because they see those rebels as a greater threat to Assad’s rule. Keeping ISIS intact actually serves Assad’s purposes for the time being because it allows him to try to curry international favor as the only obstacle to an ISIS takeover. In reality, the longer that Assad stays in power and keeps the civil war going, the more that ISIS benefits — the primary recruiting tool for ISIS in Syria are all the atrocities that Assad is committing against the country’s Sunnis.

These facts rather complicate the simplistic narrative that Cruz was peddling on Monday when he said: “The enemy of my enemy is not necessarily my friend. If the Obama administration and the Washington neo-cons succeed in toppling Assad, Syria will be handed over to radical Islamic terrorists. ISIS will rule Syria.”

Leave aside the gratuitous swipe at unnamed “neo-cons” — a dig that more rightly belongs in a Paul Krugman or Glenn Greenwald column than in the speech of someone who aspires to follow in the footsteps of Republican presidents like Ronald Reagan and George W. Bush. Leave aside, too, the dubious claim that Obama is trying to topple Assad: In reality the U.S. government has been making rebels pledge that they will only fight ISIS and not Assad if they are to receive U.S. support, and Obama has refused to implement proposals for no-fly zones and safe zones that would blunt Assad’s killing machine. (Full disclosure: I am a foreign policy adviser to Marco Rubio and an employee of the Council on Foreign Relations, which Cruz has described as a “nest of vipers.”)

It’s just not the case that the choice in Syria is between Assad and ISIS. The two sides are managing to co-exist quite nicely at the moment. They have a symbiotic relationship: both groups of extremists, Shia and Sunni, benefit, at the expense of the “silent majority” of Syrians who do not want to be ruled by either set of butchers. Backing Assad, as President Obama appears to be tacitly doing at the moment, expands the Iranian empire into Syria without doing anything to roll back the Islamic State. There is no way to defeat ISIS without also defeating Assad.

As Michael Vickers, a former CIA officer and undersecretary of defense for intelligence under both Bush and Obama, recently wrote: “Assad must go for the conflict to end. He is a greater magnet for global jihad than U.S. forces were in Iraq at the height of the insurgency. To effect a political transition in Syrian, we must keep the pressure on Assad, much as Reagan did in Afghanistan in the 1980s while he was negotiating with Russia’s Mikhail Gorbachev on a range of important issues. Abandoning our counter-Assad strategy would fatally undermine our Syria effort, and would have repercussions far beyond Syria.”

By denying this obvious reality, Cruz calls into question his credibility on foreign policy. 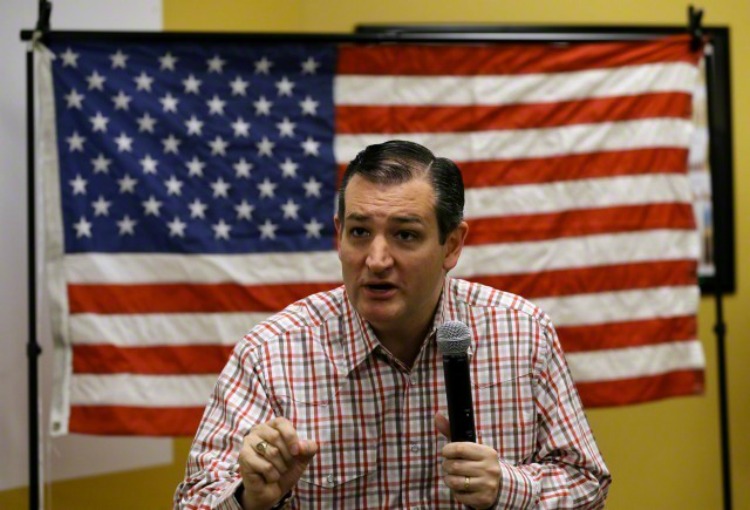