For the umpteenth time in recent years, the defense budget is once again being held hostage by partisan gridlock. Republicans and Democrats have been unable to find a way to repeal sequestration which, if left unchecked, will continue to take a painful and arbitrary cut out of the defense budget at a time when — with threats from China, ISIS, Iran and Russia, among others, growing alarmingly — we can least afford it. In compensation, Congressional Republicans have passed a defense authorization bill that includes $38 billion for an overseas contingency operations fund that is outside of budget caps and that, if passed, would temporarily restore some funding for much-needed programs.

But now President Obama is threatening to veto the legislation because he wants more spending for domestic as well as military programs. Pro-defense Republicans and Democrats likely will lack the votes to override a veto. The probable result is that the Pentagon will wind up operating under a continuing resolution that holds spending at today’s inadequate levels with neither enough troops, nor ships, nor aircraft to defend the Pax Americana.

This is, on some level, an inside-the-Beltway squabble that is hard for normal people to follow. But the implications for our defense are serious. If Congress and the president can’t agree on more funding, our military capabilities will atrophy, and our enemies will be emboldened – heck, they are already.

It’s worth taking a step back from the current debate to think about just what it is that we need. The American Enterprise Institute had just released an excellent report that spells out the minimum requirements for American defense. It is well worth reading in full. In brief its recommendations are as follows:

Simply to read the AEI report is to see how short we are falling of the minimal needs to maintain America’s strength in the world. The problem is, of course, compounded by the lack of will in the White House to vigorously protect American interests. Even if we wind up in 2017 with a president more committed to a vigorous internationalist policy, he or she will still have to devote considerable time and resources to rebuilding America’s strength. It would be nice if there were a bipartisan consensus in Washington on that score, as there was during the last year of Jimmy Carter’s presidency, but any such agreement appears elusive. That can only be cause for cheer in Beijing, Moscow, Tehran, and Raqqa. 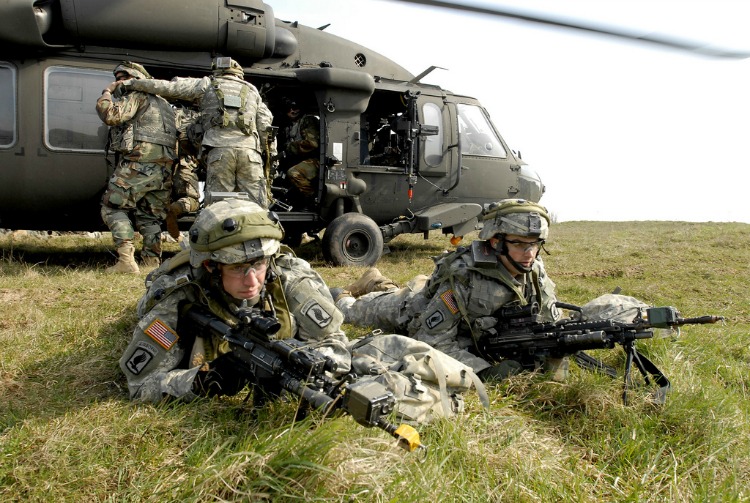