Donald Trump continues to be a never-ending source of risible foreign policy pronouncements.

He just claimed that “women might prefer wearing burkas because it obviates the need for make-up.” Who knew that the thrice-married operator of casinos and beauty pageants was a closet Taliban sympathizer? Or perhaps he’s just pining for the polygamy practiced by some fundamentalist Muslims?

Another of his contentions deserves more serious consideration, however: Namely, his claim that Libya and Iraq would be “100%” better off under their dictators Muammar Gaddafi and Saddam Hussein. This might make sense to people who don’t follow the news closely and are appalled by the rise of terrorist groups and extremists in Libya and Iraq, but it doesn’t stand up to close scrutiny.

In the first place, The Donald is ignoring the actual record of Gaddafi and Hussein — no doubt out of sheer ignorance, which in his case is even more limitless than his self-regard.

Gaddafi, let us recall, was not only a tyrant who violated his own people’s human rights but, in the 1970s-80s, he was one of the world’s leading sponsors of terror. Admittedly he had pulled back after the U.S. invasion of Iraq put the fear of Allah into him, which, in and of itself, was one beneficial consequence of the invasion. He thereupon renounced weapons of mass destruction and paid penance for blasting a civilian airliner out of the sky over Lockerbie.

But that hardly means that Libya today would be better off if he still clung to power. In fact, there is no reason to think he would have succeeded in repressing an anti-government revolt in 2011 even absent NATO intervention. Libya might well have wound up like Syria, where the U.S. did not intervene and where, as a result, civil war rages out of control.

The real mistake the U.S. made was not in overthrowing Gaddafi but in failing to do more to prepare for a post-Gaddafi future in Libya. Jim Steinberg, who was deputy secretary of state when the Libya intervention took place, is not terribly convincing when he claims: “We prepared for the post-Gaddafi period, knowing that managing the aftermath was as important as the intervention itself.” Actually, the administration failed to prepare the one policy that, as I argued at the time, could have averted chaos: namely sending in a Kosovo-like peacekeeping force. But just because the international intervention was bungled does not necessarily mean that Gaddafi was “100%” preferable.

It’s pretty much the same story in Iraq. Saddam Hussein was an even bigger monster than Gaddafi. He launched the Iran-Iraq War, which killed perhaps a million people, and he launched genocidal campaigns against the Kurds and southern Shiites. Sanctions on Iraq were slipping by 2003 and, odds are, if he had stayed in power, he (or his psychopathic sons) would be locked in a dangerous arms race with Iran, possibly even a nuclear arms race. To say that Iraq would have been “100%” better off under him is an insult to his untold number of victims.

What would be more accurate would be to say that Iraq could have been much better off if the U.S. hadn’t made so many stupid errors — from disbanding (or, more accurately, not recreating) the Iraqi army in 2003 to abandoning Iraq in 2011. It was the latter error, coinciding with Syria’s civil war (toward which Obama adopted a Trumpian hands-off policy) that created the opening for ISIS to seize so much terrain on both sides of the border.

The proper lesson to take away from Libya and Iraq is not, “Wow, those dictators were great.” The proper lesson is: If the United States is going to topple a dictator, it had better plan for what comes next. That may be too complex a thought for Donald Trump to grasp, however, because it can’t be reduced to a baseball cap slogan. 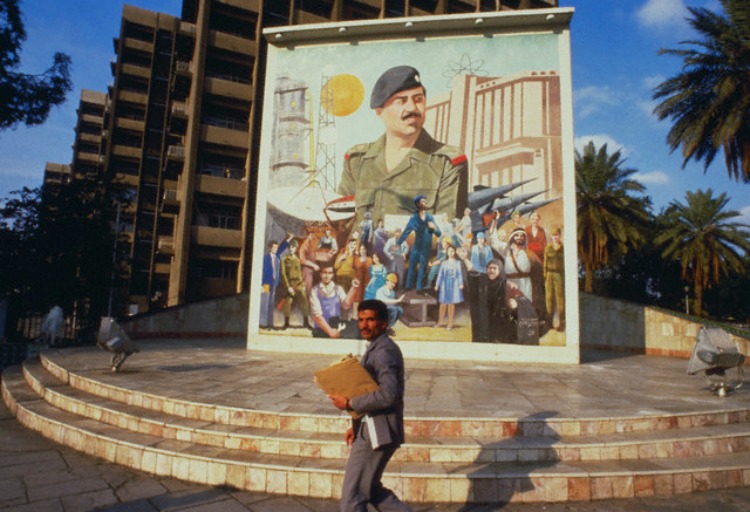