It can be tiresome and ultimately pointless to fact-check Donald Trump: He and his supporters will believe what they want to believe. But it is nevertheless dismaying the extent to which he plays fast and loose with the facts. “Everyone is entitled to his own opinion, but not his own facts,” Daniel Patrick Moynihan (a far greater New Yorker than Trump will ever be) once said. Trump wants to prove Moynihan wrong by showing that he is entitled to his own facts.

Just look at what happened when Trump was confronted by demands for evidence to back up his claim that “thousands and thousands” of people in Jersey City were cheering at the World Trade Center was falling — a claim denied by the mayor of Jersey City, its police chief, and every other responsible individual who has ever looked into this matter.

First Trump claimed that it must be so because he remembered it happening, and “I have the world’s greatest memory. It’s one thing everyone agrees on.” (Everyone? Does anyone outside of Trump himself and his paid sycophants actually think so?)

Then his staff found a Sept. 18, 2001, article from the Washington Post which noted that “law enforcement authorities detained and questioned a number of people who were allegedly seen celebrating the attacks and holding tailgate-style parties on rooftops while they watched the devastation on the other side of the river.” Trump claimed that this article supported his memory, even though there was nothing to indicate that these claims were anything other than wild rumors.

After the co-author of that article, reporter Serge Kovaleski, who now works for the New York Times, came forward to deny that “thousands” of people had actually been cheering on 9/11, Trump launched into a vicious attack on Kovaleski by cruelly mimicking his physical disability (Kovaleski has a chronic condition called arthrogryposis, which limits the movement of his arms). He then baldly denied that he had done what the entire world had seen him do on tape. Trump even went so far as to claim that he did not know that Kovaleski was disabled, even though Kovaleski had covered him closely and been on a first-name basis with him in years past. Thus, Trump added another layer of lies on top of his initial lie.

Called upon once again to defend his indefensible claims about Jersey City, Trump resorted to a new tactic on Sunday’s “Meet the Press”: He claimed validation by his own followers. This is what he said: “I saw it on television. I saw clips. And so did many other people. And many people saw it in person. I’ve had hundreds of phone calls to the Trump Organization saying, ‘We saw it. It was dancing in the streets’… I stick by it. Hundreds of people have confirmed it.”

So if “hundreds” of people claim to have remembered the same false thing as Trump, this must make it so. By this impeccable logic, it is hard to see how anyone could deny the existence of the Loch Ness monster, the Abominable Snowman, UFOs, or ghosts, goblins and fairies — all of which have been “remembered” by far more than a few hundred people.

And then finally, Trump’s rhetorical clincher: “You have a huge Muslim population, between Patterson and different places and Jersey City, an unbelievable large population… When the Trade Center came down, [cheering] was done all around the world. And you know that because that has been reported very strongly. Why wouldn’t it have taken place? I’ve had hundreds of people call in and tweet in on Twitter, saying that they saw it and I was 100% right.”

So it ultimately comes down in Trump’s mind to “Why shouldn’t it have taken place?” By this standard almost anything can be judged “true.” Trump can claim that the Seattle Seahawks won the last Super Bowl or that the New York Mets won the last World Series. Why shouldn’t that have happened?

Normally candidates for the presidency are judged by a loftier standard wherein they actually have to prove that what they have said is true — not to claim that it could have been true or to cite the authority of “hundreds” of callers and Tweeters to assert a “fact” in opposition to all the evidence. This is not, needless to say, an isolated occurrence: Trump has claimed many other things that are not remotely true. A small sample can be found here.

At one level you have to give Trump some kind of credit for seemingly upending the normal rules of politics. But we have long passed the point where his campaign was a cute novelty act. It is no longer a harmless reality show. By demonizing Mexicans, Muslims, and others, Trump is doing great damage to the Republican Party he has recently joined and, more importantly, to the country that he wants to restore to “greatness.”

Now he is relying on the kind of Big Lie normally used by totalitarian states which aim to remold reality into whatever the supreme leader deems expedient. Dictators have long figured that if they simply repeat the lie often enough, it becomes accepted as truth. There is no place for this in American politics. Or rather, there has been no place for it since the dark days of Huey Long and George Wallace. Trump is now following the example of those earlier demagogues who sought to enflame hatreds so as to achieve power for themselves. We can only hope that he will be as unsuccessful as they were in seeking the nation’s highest office — and not because of any act of violence, needless to say, but simply because the American people will ultimately have the good sense to reject these kinds of sordid tactics. 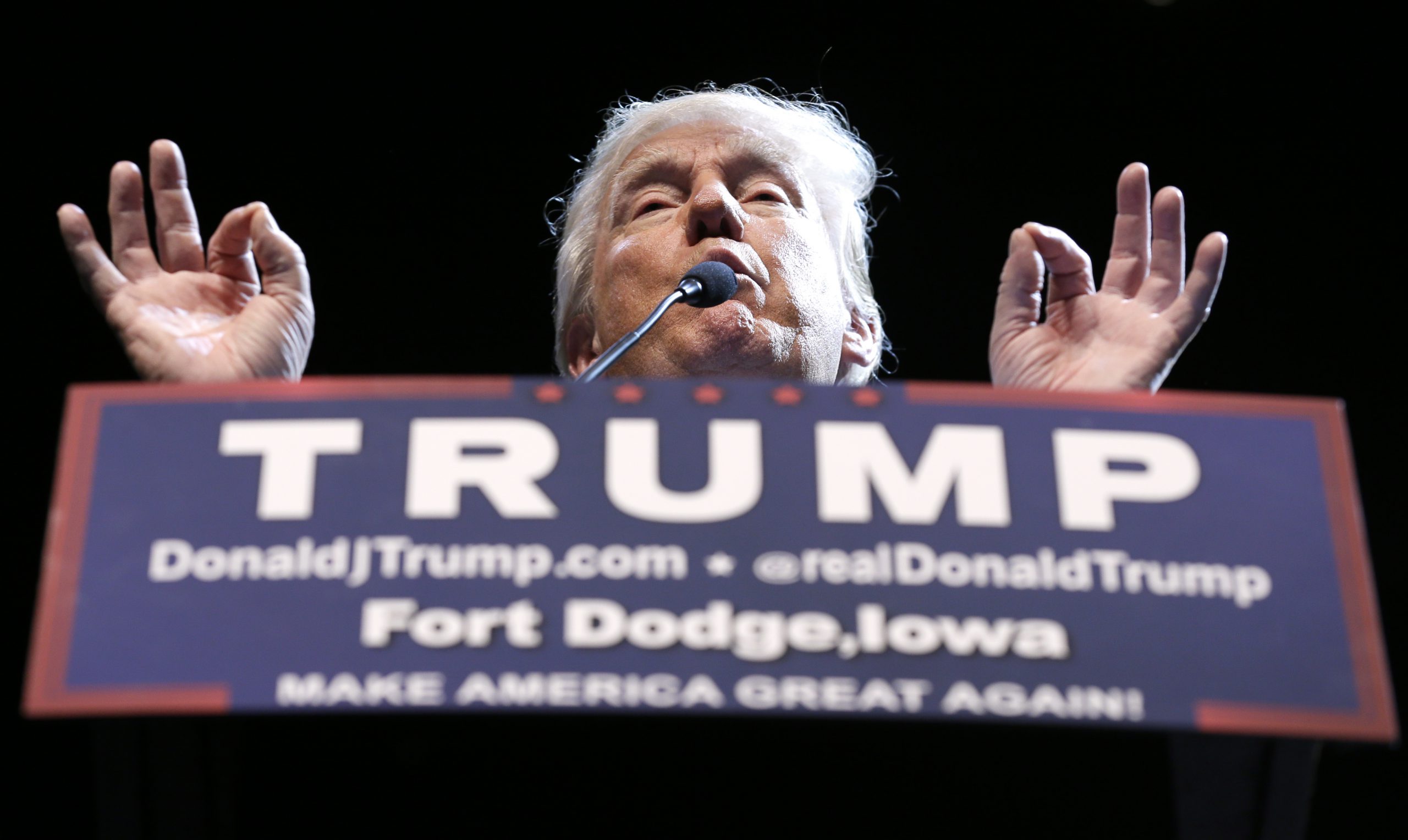