During the campaign, Donald Trump morphed from advocating a “total and complete shutdown of Muslims entering the United States” to a more amorphous pledge to impose “extreme vetting from certain areas of the world.” Now, with a draft executive order apparently set to be issued on Thursday, the administration is defining what that means.

Here, in a nutshell, is what the White House appears to be doing in addition to building his famous border wall: Blocking all Syrian refugees from entering the United States indefinitely and barring other refugees for at least 120 days in order to improve vetting. When refugee ascensions resume, the total number admitted annually will fall from 110,000 to 50,000.

In the meantime, all visas will be blocked for at least 30 days from seven suspect countries—Iran, Iraq, Libya, Somalia, Sudan, Syria, and Yemen. The Departments of State and Defense are also directed to come up with plans for “safe zones in Syria and in the surrounding region,” so as to offer Syrian refugees a way to stay home.

This is better than a more comprehensive ban on all Muslims or all visitors from a longer list of Muslim-majority countries, but it is hard to see how this actually advances American security.

In the first place, “extreme vetting” already exists. As Donald Kerwin of the Center for Migration Studies and my colleague, Edward Alden of the Council on Foreign Relations, noted:

Scrutiny of visa applicants is far better than it was before 9/11. Overseas visitors are now fingerprinted and photographed, in order to check their identities against terrorist databases. The government further ensures identity through secure travel documents, runs robust checks against immigration, criminal and terrorism databases, and targets people with suspicious travel or other patterns. And, the multiyear U.S. vetting and screening process for refugees, many of them fleeing terrorism, is more thorough and exhaustive than any other admissions process to the United States.

It is hard to imagine what procedures will be devised in the next 30 or 120 days that will be vastly superior to those that have evolved in the 16-plus years since the 9/11 attacks. The likelihood is that the Department of Homeland Security would feel compelled to revive some version of the National Security Entry-Exit Registration System (NSEERS), which was implemented after 9/11 and then discarded because it was found to be too time-consuming and ineffective. As Kerwin and Alden note, NSEERS involved subjecting nearly all travelers from two dozen Muslim-majority nations to hours of “secondary screening” and “intrusive questioning by border officials.”

The Trump executive order would also force immigration agents to question potential entrants to determine whether they “support the U.S. Constitution” and whether they would place “violent religious edicts over American law” or whether they would “oppress members of one race, one gender, or sexual orientation.” Good luck getting that information. At best, this will lead to a hopeless snarl at ports of entry that will discourage visitors from coming.

It will, of course, all be worth it if the Trump order actually prevents terrorist attacks. But will it? It is striking how little overlap there is between the seven countries singled out for a temporary visa ban–Iran, Iraq, Libya, Somalia, Sudan, Syria and Yemen—and the actual sources of terrorism in the United States since 9/11.

By the count of my research associate, Sherry Cho, there have been 56 actual or attempted terrorist attacks in the United States since 2001 involving 89 identified perpetrators. By far, the largest number of suspects (47) were American citizens, most of them American-born, including those who carried out the massacres in Orlando, San Bernardino, and Fort Hood, which together killed 76 people.

Almost all of the foreigners or naturalized Americans involved in terrorist attacks in the U.S. are from countries not on the list. Shoe bomber Richard Reid was from Britain. The 9/11 hijackers were from Saudi Arabia, the United Arab Emirates, Egypt, and Lebanon. One of the San Bernardino shooters, Tashfeen Malik, was a native of Pakistan who had come to the U.S. from Saudi Arabia. Faisal Shahzad, who attempted to set off a car bomb in Times Square, was a naturalized citizen who was Pakistan-born. The Boston Marathon bombers, Tamerlan and Dzhokhar Tsarnaev, were born in the former Soviet Union. The New York-New Jersey bomber, Ahmad Khan Rahami, was a U.S. citizen born in Afghanistan. Underwear bomber Umar Farouk Abdulmutallab was Nigerian. Just about the only attacks carried out by anyone from Trump’s verboten countries were three Somali-Americans.

Why isn’t this list more comprehensive, to include countries such as Pakistan, Egypt, and Saudi Arabia? One suspects for the same reason that it doesn’t include Britain: Banning travel from those nations would spark a crisis with important American allies. But by limiting his visa-ban to a small number of countries, Trump is doing little to stop potential terrorists.

Indeed, as the abundance of American citizens among the ranks of terrorists attests–groups such as al-Qaeda in the Arabian Peninsula and Islamic State have taken to radicalizing Muslims who are already here—something that Trump’s immigration restrictions cannot possibly affect. Indeed, to the extent that his new rules convey the message that the U.S. is hostile to Muslims, they only make it more likely that the terrorists will find fresh recruits here in the future. 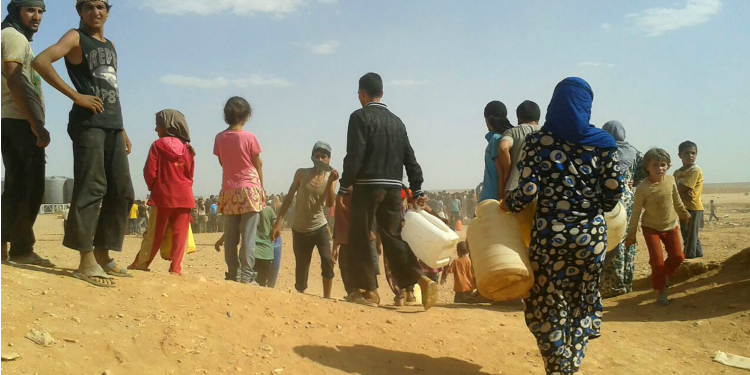