Donald Trump woos voters with promises to safeguard and strengthen America. The reality is that he has neither the policies nor the principles nor the knowledge to do that. Far from strengthening America, he is emerging as the number one threat to American security.

Yes, that’s right — a bigger threat than ISIS, North Korea, Russia, China, Iran, or all the rest. That may sound like hyperbole, but I firmly believe it to be the case. The possibility of Trump — a man who knows no more about national security than Kim Kardashian does — taking control of the nuclear codes is simply terrifying.

As I argued in a COMMENTARY cover story in January, Trump appears intent on destroying the very foundations of American foreign policy. Unfortunately he has no better alternative–indeed, he can barely string together a coherent sentence on the subject.

That is why a group of more than eighty conservative national security experts have now issued a letter making clear that they will never support Trump, never work for him, and will do everything possible to defeat him. (The letter was organized by Eliot Cohen and Bryan McGrath; I was one of the signatories.) Even John McCain, the chairman of the Senate Armed Services Committee and the Republican presidential candidate in 2008 — as well as an American hero — has endorsed the statement.

The letter is short and well worth reading. A few of the points it makes regarding Trump: “He swings from isolationism to military adventurism within the space of one sentence. His advocacy for aggressively waging trade wars is a recipe for economic disaster in a globally connected world… His hateful, anti-Muslim rhetoric undercuts the seriousness of combatting Islamic radicalism by alienating partners in the Islamic world… His admiration for foreign dictators such as Vladimir Putin is unacceptable for the leader of the world’s greatest democracy.”

For those interested in reading more about the threat posed by Trump to our security, I recommend, in addition to my COMMENTARY essay and this petition, an excellent article by Benjamin Wittes over at the Lawfare blog and a Weekly Standard article I wrote with Benn Steil on the disastrous implications for economic and security policy if Trump were to implement his campaign promises.

Some have joked about immigrating to Canada if Trump is elected (indeed Google searches on the subject have spiked). But there is no escape from the power and influence of the United States. There is no corner of the world where security and freedom would not be endangered if someone so singularly unqualified for the job were to become commander-in-chief of the world’s sole superpower. 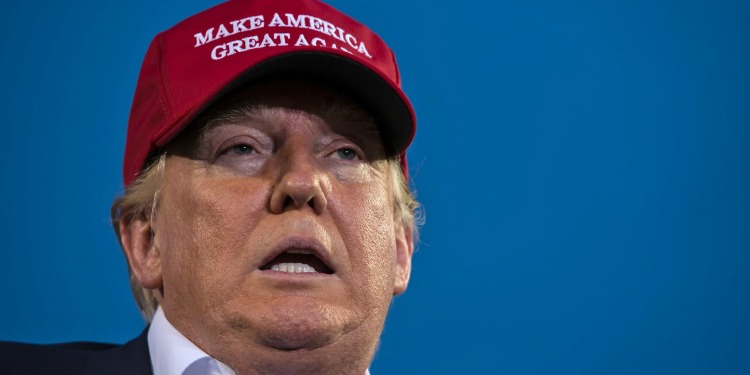