Donald Trump, the undoubted Republican front-runner after winning the New Hampshire and South Carolina primaries, is — there is no way to sugarcoat this — a liar, an ignoramus, and a moral abomination. I have never previously described any presidential candidates in such harsh terms — not even close — but there is no other way to accurately describe him. There simply isn’t. This past week, the week culminating in his big South Carolina win, provided yet more evidence, as if any were needed, of the validity of all these words to describe him.

Start with the lying. Trump has consistently claimed that he was the “only” Republican candidate who opposed the Iraq War from the start. Until recently, commentators could do no more than note there was no evidence of his opposition. Now we can go further because, thanks to the ground-breaking work of BuzzFeed reporter Andrew Kaczyinski, we know that Trump actually supported the invasion.

On September 11, 2002, Trump told Howard Stern “yeah I guess so” when asked if he supported an invasion of Iraq. Why his hesitation? Only because he thought it should have happened sooner. As he said: “I wish the first time it was done correctly,” suggesting, as he had previously written, that George H.W. Bush should have toppled Saddam in 1991.

After the invasion started, on March 21, 2003, Trump called it a “tremendous success from a military standpoint.” He did not come out in bull-blown opposition until April, 2004, calling it a “terrible mistake,” by which time the Abu Ghraib excesses had been revealed and the U.S. was suffering battlefield reverses in Fallujah and elsewhere.

Asked now to explain his quotations from 2002-2003, Trump can only say: “I really don’t even know what I mean.” That’s a pretty weak way to explain away a blatant lie, and one that has been at the core of his claim to possess the kind of foreign policy judgment we need in a president.

It should be added that this is hardly only lie that Trump has brazenly peddled. Other doozies include his claim that “thousands” of Muslims in New Jersey cheered 9/11 and that he had no idea that a reporter whose disability he ridiculed was actually disabled — he claimed to have no memory of meeting him (which he had done many times). Ironically Trump’s greatest lie of all is his claim to have “the world’s greatest memory.”

But wait, as they say on late-night TV, there is more. Trump’s ignorance was revealed yet again this past week with his bizarre praise of General John J. Pershing whose supposed example he cited as a model in the war on terror. Here is what Trump said:

“General Pershing was a rough guy, He caught 50 terrorists who did tremendous damage…and he took the 50 terrorists and he took 50 men and dipped 50 bullets in pig’s blood. You heard about that? He took 50 bullets and dipped them in pig’s blood [which is considered haram]. And he has his men load up their rifles and he lined up the 50 people and they shot 49 of those people. And the 50th person, he said, you go back to your people and you tell them what happened. And for 25 years there wasn’t a problem. We’ve got to start getting tough and we’ve got to start being vigilant and we’ve got to start using our heads or we’re not gonna have a country, folks.”

There’s only one problem with Trump’s inspirational tale: There is no evidence it ever happened. Snopes.com describes this as a common urban legend. It is actually far removed from the way that Captain Pershing dealt with the Moros, the Muslims in the Philippines, in the early years of the 20th century. As I wrote in my book The Savage Wars of Peace: Small Wars and the Rise of American Power, “Captain Pershing preferred to win over the Moros with outstretched hand rather than mailed fist. So successful was his campaign that he was made a datto, or chieftain.”

In other words, Pershing’s approach was the very opposite of what Trump claimed. Although Pershing was not afraid to use force if necessary, he understood that the Moros could not simply be terrorized into acquiescence to American rule and that excessive brutality could backfire.
It is offensive that Trump is praising Pershing for war crimes he didn’t commit and simply gobsmacking that Trump thinks that Pershing could have ended the Moro insurrection for 25 years simply by executing 49 prisoners. In fact, while Pershing did help to quell the Moro uprising using a balanced counterinsurgency approach, it never truly ended; the Muslim insurrection in the Philippines continues to this day, a fact of which Trump is undoubtedly unaware.

The larger point is that Trump is wrong to claim that we can defeat ISIS and al-Qaeda by emulating their tactics. The more likely outcome is to create more enemies than we eliminate. Even the Nazis couldn’t pacify the Balkans in World War II by using scorched-earth tactics.

It is hard to think of another major party presidential candidate in our history as ignorant, mendacious, and offensive as Trump. And yet a significant share of the GOP electorate, amounting to roughly a third of early state voters, has been supporting him in no small part because they think he is telling it “like it is.” No, he isn’t. What he is saying bears no relation to basic truth or common decency. 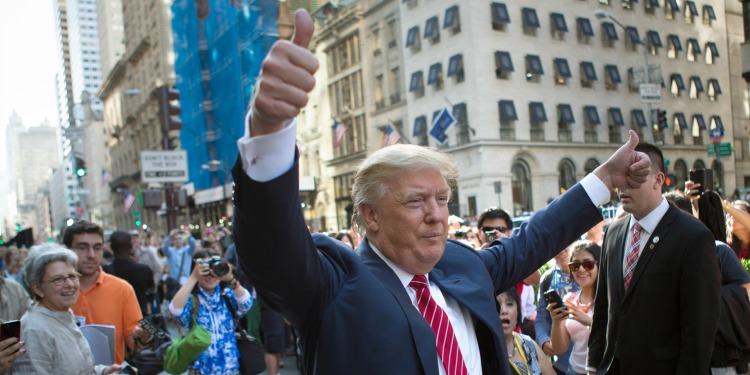