Prime Minister Benjamin Netanyahu spent July 4th in Uganda commemorating the 40th anniversary of the famous Raid on Entebbe. It is an event that looms even larger in the history of the Netanyahu family than in the history of Israel or of the broader war on terrorism, although it was significant in those respects, too. For Entebbe was where the prime minister’s beloved older brother Yoni lost his life. Lieutenant Colonel Yoni Netanyahu was the commander of the Sayeret Matkal commandos who carried out this daring hostage rescue–and also the only Israeli soldier who died in the ensuing gun-battle.

It is hard at this remove to recreate how electrifying the whole raid, known as Operation Thunderbolt, was at the time. It came just four years after the Munich Olympics–where the Israeli team had been taken hostage by Palestinian terrorists and then slaughtered in a clumsy hostage-rescue attempt by ill-prepared German security forces–and six years after another group of Palestinian terrorists had simultaneously hijacked four Western airliners to Jordan.

By 1976, terrorists had acquired a larger-than-life air. In 1974, PLO Chairman Yasser Arafat, young and stubbled, had even addressed the United Nations General Assembly wearing his military uniform and with a holster on his hip. “I have come bearing an olive branch and a freedom fighter’s gun,” he said with an aura of menace. “Do not let the olive branch fall from my hand.” What Arafat was threatening was obvious–in 1974 Palestinian infiltrators attacked a school in northern Israel, killing 21 children; in 1975 they struck again, attacking a hotel in Tel Aviv and killing eleven people.

Despite his blood-thirsty war on civilians, Arafat had plenty of admirers around the world–none more fervent than the young Western radicals who sought to emulate the PLO’s terrorist exploits. Two of these “guilty white kids”–members of the German Revolutionary Cells–joined with members of the Popular Front for the Liberation of Palestine-Special Operations Command to hijack an Air France flight on June 27, 1976, that was en route from Tel Aviv to Paris. After a refueling stop in Libya, the airplane landed early the next morning in Entebbe airport, where the hijackers received a rapturous reception from the Ugandan dictator Idi Amin.

Even in Israel’s government, few thought that it would be possible to rescue the hostages. After the release of 148 Gentile passengers, 94 Jews and 12 Air France crew members (who bravely refused to be released), remained under the guns of the hijackers with their perimeter protected by the Ugandan army. The Defense Minister, Shimon Peres, had to overcome the qualms of Prime Minister Yitzhak Rabin to let the rescue operation proceed.

The fact that Operation Thunderbolt went better than anyone could have expected was nothing short of a miracle. The rescue force had to fly 2,500 miles to land in a foreign airport in hostile hands, disembark from their transport aircraft, drive across the tarmac, assault the airport building where the hostages were being held, and free them before the hijackers could kill them. In the end, all seven hijackers were killed along with three hostages–and of course Lieutenant Colonel Netanyahu. Everyone else returned him to a hero’s welcome in Israel.

This was a powerful message that terrorism could be defeated and that, as Prime Minister Netanyahu said, Jews were no longer “powerless” to defend themselves. This triumph helped to erase the unpleasant aftertaste of the 1973 Yom Kippur War, when Israel had come perilously close to the brink of destruction, and it helped to instill renewed respect for Israeli military power.

It is an event worth commemorating and celebrating even if a final victory against terrorism has proved as elusive for Israel as for other states. The evil of terrorism will always be with us, but the events of July 4, 1976, show that it is not necessary to acquiesce to the terrorists’ demands–that it is possible to fight back and win. 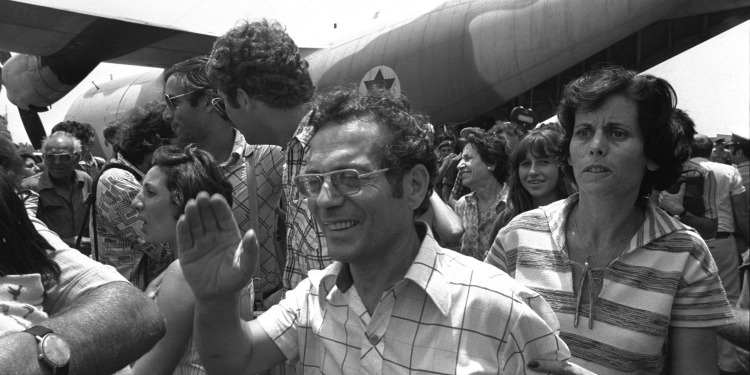