The debate over the Trans-Pacific Partnership — a trade pact between the United States and eleven other Pacific nations: Australia, Brunei, Canada, Chile, Japan, Malaysia, Mexico, New Zealand, Peru, Singapore, and Vietnam — has usually been portrayed in purely economic terms. Proponents claim that it will boost economic growth in the United States; opponents (including Hillary Clinton, Donald Trump, and Bernie Sanders) claim that it will cost Americans jobs.

It’s true that there will be loser and winners in this trade accord — there always are. It’s not just trade that has this impact; it’s inherent in the nature of capitalism itself. The rise of the personal computing industry in the 1970s was terrible for employees of mainframe manufacturers like NCR, Burroughs, and Univac, but great for employees of startups like Microsoft, Apple, and Dell. Trying to resist free trade — or economic change in general — isn’t a recipe for reviving manufacturing or growing the economy; it’s a prescription for stagnation and decline.

The U.S. should do what it can to help workers who are disadvantaged by such trade pacts to retool for other employments — and there are generous protections in the agreement designed to accomplish precisely that. (So generous, in fact, that they probably amount to big government boondoggles.) But on the whole, TPP will provide a nice boost to the economy by eliminating 18,000 different taxes on American exports

It will also — and this is an overlooked part of the story — bring significant strategic benefits. That is why a bipartisan group of eight former secretaries of defense (everyone from Harold Brown to Donald Rumsfeld) and ten retired four-star officers (including Jim Mattis, David Petreaus, and James Stavridis) have just released a letter calling on Congress to ratify the TPP.

“By binding us closer together with Japan, Vietnam, Malaysia and Australia, among others, TPP would strengthen existing and emerging security relationships in the Asia Pacific, and reassure the region of America’s long-term staying power,” they write. Conversely, they warn, if the U.S. fails “to move forward with TPP, Asian economies will almost certainly develop along a China-centric model.”

That’s no idle threat. As the Wall Street Journal noted, “China is not in the trade deal but is currently helping lead negotiation on a separate pact known as the Regional Comprehensive Economic Partnership, or RCEP, that doesn’t include Washington.”

This is what makes opposition to TPP on the part of many so ill-conceived: Critics such as Donald Trump claim it would somehow enhance Chinese power when the reality is the opposite. China is not part of the TPP and, if TPP goes through, it will significantly help the U.S. to rally China’s neighbors in a coalition to contain growing Chinese power. Deep-sixing TPP would be a gift to China because it would make it more likely that China will expand its economic hegemony over its neighbors.

Of course, it’s not enough simply to pass TPP in order to contain China. Defense Secretary Ash Carter has said that TPP is equivalent to an extra U.S. aircraft carrier in the Pacific. Maybe so, but as Tom Donnelly points out in The Weekly Standard, the U.S. needs to pony up for more actual, rather than simply metaphorical, aircraft carriers because at the moment we do not have a consistent carrier presence in the western Pacific.

The Obama administration deserves credit for pushing TPP, which is deeply unpopular with trade unions. It deserves no credit at all for acquiescing in defense budget cuts that make it harder for the U.S. to contest China’s power-grab in the South China Sea. If it’s serious about stopping China from bullying its neighbors and pushing the U.S. out of Asia, Congress needs to both pass TPP and restore the defense budget to the baseline laid out in 2012 by then-Defense Secretary Bob Gates (one of the signatories to the pro-TPP letter). 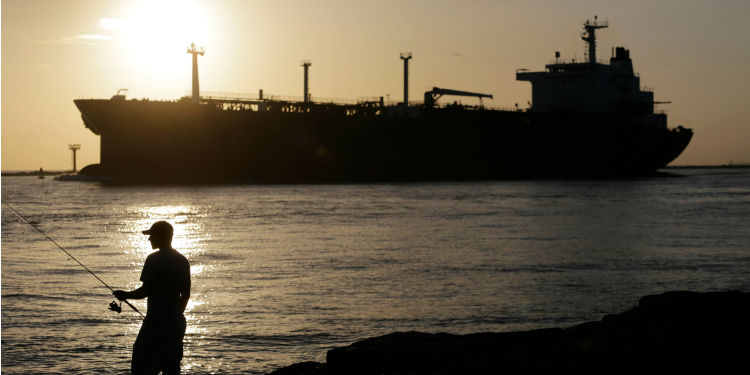