As Iraqi troops advance into Mosul, they have been encountering increasingly stiff resistance from Islamic State die-hards. But they have been welcomed with open arms–quite literally–by the people of Mosul and surrounding villages.

The New York Times noted: “As Iraqi security forces drove the muddy streets of the neighborhood, families stepped from the gates of their driveways, waving, flashing two-fingered victory signs and yelling, ‘Heroes!’ Others held white flags… ‘We are very, very happy,’ said one man, Qais Hassan, 46, surrounded by soldiers. ‘Now we have our freedom.’ The Islamic State, he said, had ‘asked us to implement religion. But they had nothing to do with religion.’”

The Independent of London reported: “One woman broke down in tears whilst speaking to local television. ‘I honestly don’t know what to say,’ she said. ‘I am so happy we are liberated from Isis.’”

The Daily Mail observed: “Shaving off their beards and openly enjoying their cigarettes, Iraqi men whose villages have been liberated from ISIS control have been celebrating their freedom.”

Even the Kurds, historically distrustful of the Iraqi army, have been cheering on its soldiers in the battle to liberate Mosul, as the Wall Street Journal revealed.

It’s easy to take this popular sentiment for granted–who wouldn’t want to be rid of Islamic State?–but it is significant for two reasons.

First, insurgency and counterinsurgency are, at heart, battles for hearts and minds. Whichever side has legitimacy and popular approval on its side has a huge advantage that can only be overcome with genocidal tactics. ISIS actually had popular support in 2014 when it took Mosul. That’s why the Iraqi army fell apart so quickly. It wasn’t because people wanted to live under ISIS’s harsh brand of Islamic law; it was because Sunnis thought that ISIS would protect them from abuse by Iraq’s Shiite-dominated government. But ISIS proved so dictatorial in practice that it lost whatever goodwill it had. That means the Iraqi army advances with the support of the local population–a huge advantage.

Second, this shows that most ordinary Muslims–contrary to some of the alarmist stereotypes one hears from some critics of Islam–don’t actually want to live under Salafist rule. Sure, many ordinary Muslims approve of women covering their heads and everyone abstaining from alcohol, but few approve of the most extreme Islamists, and most of those few haven’t actually had to live under a Taliban, or an ISIS, or an Islamic Republic as in Iran.

The Islamic State can seem glamorous and alluring on the Internet, which is why it’s drawn so many foreign volunteers. But people who suffer under ISIS rule know better. They have been disillusioned and wised up.

That’s not to say that ISIS or another group like it couldn’t make a comeback in Mosul. As I’ve been warning, if the Iraqi government fails to rule wisely and pursues a Shiite sectarian agenda, then some militant group will arise again to defend Sunni interests. In such a scenario, the Sunni terrorists would be seen as a lesser evil compared to the Shiite ethnic-cleansers.

All else being equal, though, ordinary people in Iraq want what ordinary people all over the world want–jobs, family, education, the pursuit of happiness. Few are religious fanatics. That is the biggest advantage the West has in the war on terrorism, as long as we don’t dissipate it with the kind of anti-Muslim rhetoric that too often has characterized right-wing campaigns in both Europe and the United States. 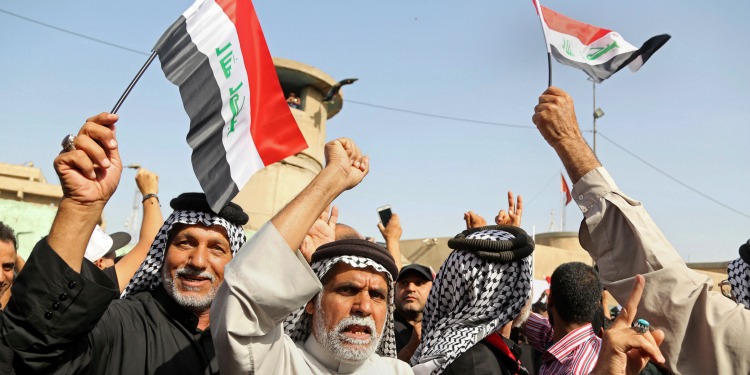