As far as I am concerned, the most revealing moment in the Republican debate in Las Vegas was the following exchange between Hugh Hewitt and Donald Trump.

HEWITT: Of the three legs of the triad, though, do you have a priority? I want to go to Senator Rubio after that and ask him.

TRUMP: I think — I think, for me, nuclear is just the power, the devastation is very important to me.

With that answer, Trump revealed he has no idea what the “triad” is. Marco Rubio helpfully explained the concept to him and viewers at home: “The triad is our ability of the United States to conduct nuclear attacks using airplanes, using missiles launched from silos or from the ground, and also from our nuclear subs’ ability to attack. And it’s important — all three of them are critical. It gives us the ability at deterrence.” (Full disclosure: I’m a foreign policy adviser to Rubio.)

Now, this is not an esoteric concept. It’s not as if Hugh Hewitt asked Trump about how much fuel a Minuteman III missile (the land-based portion of the triad) can carry. The “triad”  has been around since the advent of intercontinental missiles in the 1960s — i.e., it’s been around for all of Trump’s adult lifetime. I bet all the other candidates on the stage, except for Ben Carson, were familiar with the concept. Yet Trump’s answer revealed he had never heard of it. It was as if he were asked which “Star Wars” movie was his favorite, and he said “the one set in space.”

So does his appalling ignorance matter? Trump supporters say it doesn’t. They think that a successful mega-jillionaire like Trump is too busy doing “great deals” to worry about minutiae like the nuclear triad. In the ordinary course of business, that would be true. If Trump weren’t running for president, no one would care if he knew what the triad is. But he is running for president. He wants to be the commander-in-chief of the world’s most powerful nuclear arsenal — and he has no idea of what that arsenal consists.

This, of course, is of a piece with his other statements that reveal an astonishing unawareness of how the world works. For example, his famous claim that he would build a wall on the border with Mexico and get Mexico to pay for it. (How?) Or his assertion that he would close “areas” of the Internet. (How?) Or that he would take ISIS’s oil. (How? Move it with a crane back to New York?) He might as well say that, when he’s president, he will transform dirt into gold and make everyone a billionaire just like him.

To say there is no specificity behind his proposals is a “yuuuge” understatement. Trump prefers soaring generalities — how many times did he say at the debate that we have to be “much tougher” and “much stronger?” — over specific policy ideas.

Whenever Trump is pressed to explain one of his brainstorms, he invariably falls back on the trope that it will be someone else’s job to make his ideas work — the “brilliant” advisers he will hire as president. On Tuesday night, he said: “What I wanted to do is I wanted to get our brilliant people from Silicon Valley and other places and figure out a way that ISIS cannot do what they’re doing… We should be using our brilliant people, our most brilliant minds to figure a way that ISIS cannot use the Internet.”

It’s a nice conceit that there are some really brilliant people out there who have never been consulted by anyone in government — but that as soon as Trump enters the White House, they will convene in Washington and come up with magical solutions to every problem we face. Trump’s only job as president will be to pick these geniuses and set them loose.

That is not the way the real world works. In the real world, there are no perfect solution and no geniuses who have the answer to every problem. Instead, there are competing interests advocating various ideas, all of which have their attractions and drawbacks. The president’s job is to choose among these proposals, and he cannot make intelligent choices if he doesn’t know the first thing about governance.

There is, to be sure, the opposite danger of getting lost in the weeds, like Jimmy Carter, Bill Clinton, and Barack Obama have sometimes done. But just because a president needs to be a generalist who keeps sight of the big picture doesn’t mean he can be a total ignoramus.

A president’s term begins on January 20, and he has to start making life or death decisions right away. There is no time to send him to public policy kindergarten so he can learn such basic facts as what a nuclear triad is. Presidential-level decisions — the toughest decisions in the world — are made at a much higher level, and a president can’t functionally govern if he can’t understand the basic issues with which he is confronted.

It is truly astonishing and dismaying that Trump, the Republican front-runner, has given no indication that he is intellectually capable of making the tough decisions a president has to make. (The same is true of Ben Carson, but he’s fast fading.) The only thing worse is that so many Republican voters don’t seem to care. They seem to think that it’s enough that Trump has attitude to burn. But it’s easy to talk tough. It’s much harder to act tough when doing so will necessitate ignoring a lot of the bad advice that any president receives. The commander-in-chief must choose between competing advisers with clashing ideas. How on earth will Trump do that? 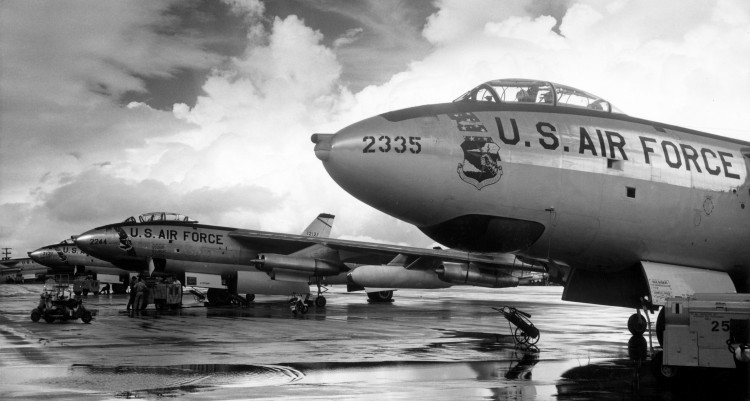