President Trump was elected on a platform that called for deporting more illegal immigrants who committed crimes and doing more to stop illegal arrivals. In theory, there is little here that anyone can quarrel with. Few Americans other than the most extreme pro-immigration activists will dispute the need to secure our borders and to evict criminal aliens. In the quest for border security, though, we should not sacrifice our humanity or common sense.

To wit: Recently, six teenage Afghan girls assembled a robot to enter into an international robotics competition behind held in Washington this month. They had to travel 500 miles from their home city of Herat to Kabul to apply for visas at the U.S. Embassy—a trip that is far from safe, and yet they made it twice. They had to order components from abroad, and it took extra long for them to arrive because they could easily be confused with bomb-making parts. Yet after trying so hard, and assembling their robot, they were crestfallen to learn that the State Department had denied their visas.  This is all the more inexplicable and heartbreaking given that girls’ education—forbidden under the Taliban—has been one of the major achievements of the post-2001 state created at such great cost in American blood and treasure.

That’s hardly the only episode of temporary insanity resulting from the president’s new tougher immigration initiatives.

Radwan Ziadeh is exactly the kind of Syrian that the U.S. would like to see running the country. He is a young, liberal, pro-American activist. He has lived in the U.S. for the past decade, and his three children were born here. Yet the U.S. Citizenship and Immigration Services has notified him that he may soon be deported because he provided “material support” to an “undesignated terrorist organization.” The “terrorist organizations” in question were the Free Syrian Army and the Syrian Muslim Brotherhood, which, the USCIS notes, “used weapons with the intent to endanger the safety of Syrian government officials.”

What ICE’s judgment leaves out is that many of the weapons provided to the Free Syrian Army came from the United States. Ziadeh’s association with these two groups stems from his work as an organizer of Syrian opposition conferences in 2012 and 2013 in Istanbul that were sponsored by the U.S. and Canadian governments. “ In effect,” notes a Washington Post editorial, “Mr. Ziadeh is being accused of terrorism because he acted at U.S. urging (and with Canadian funding) to bring together U.S.-backed Syrian leaders.”

Amid this hysteria, the U.S. is at risk of not just sacrificing its soul but also its security.

The Pentagon launched a program in 2009 called Military Accessions Vital to the National Interest (MAVNI) to enlist foreigners with vital skills in the U.S. military. They would receive expedited citizenship in return for service. More than 10,400 troops have since served honorably and bravely under the program, bringing vital skills in such disciplines as medicine and Chinese, Pashto, and Russian language skills that are in short supply among native-born recruits. But now the Pentagon is contemplating canceling contracts for roughly 1,000 recruits who are ready to start Basic Training, thus exposing to them to the danger of deportation.

The good news is that none of these decisions are irreversible—yet. There is still time for the Cabinet agencies in question to display some humanity and common sense. The risk is, in pursuit of a rational immigration policy, America could lose its mind. 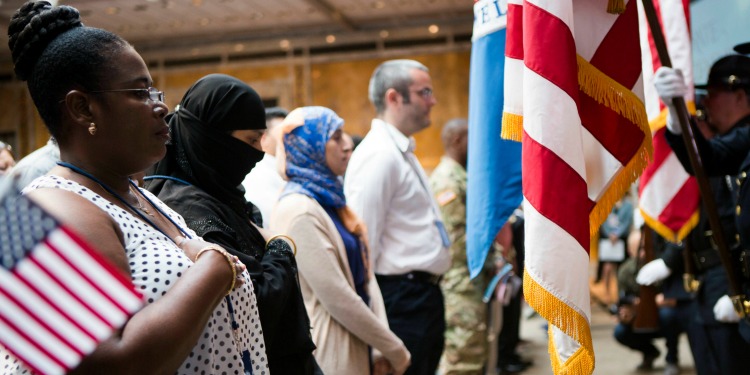