The Obama administration appears to have inherited a rhetorical tic from the Bush administration: claiming that successful terrorist attacks are actually evidence that the terrorists are losing.

Recall that, in the early years of the Iraq War, Bush administration officials and military heavyweights argued that al-Qaeda in Iraq’s bombings were the work of a few “dead-enders” who were trying but failing to stop Iraq’s democratic progress. Borrowing a page from the Bush playbook, John Kerry reacted to the terrorist attack in Nice by arguing that ISIS is “on the run” and that these are the “desperate actions of an enemy that sees the noose closing around them.”

Well, maybe. Or perhaps these are the actions of wily and evil men who are showing a disconcerting ability to adapt to circumstances and retain their ability to stay dangerous.

Lending support to this interpretation, one Islamic State operative told the Washington Post: “While we see our core structure in Iraq and Syria under attack, we have been able to expand and have shifted some of our command, media, and wealth structure to different countries. We do have, every day, people reaching out and telling us they want to come to the caliphate. But we tell them to stay in their countries and rather wait to do something there.”

Put another way, ISIS, which began as a terrorist group and morphed into a state with a quasi-conventional army, may simply be preparing to morph back into a terrorist group if it loses control of its state. This is fully in keeping with Mao Zedong’s famous slogan: “The enemy advances, we retreat; the enemy camps, we harass; the enemy tires, we attack; the enemy retreats, we pursue.”

In fact, ISIS has previously shown an impressive ability to roll with the punches. Its predecessor, al-Qaeda in Iraq, came out of nothing to dominate much of the Sunni Triangle of Iraq by 2007. Then it was nearly defeated by the surge and the “Anbar Awakening.” But the hardest core of AQI fighters retreated into Syria to keep the movement alive. Then, in 2011, when the U.S. pulled out of Iraq and Syria devolved into civil war, they saw their opportunity to reconstitute their movement. They emerged stronger than ever.

It would be foolish in the extreme to imagine that ISIS will simply disappear if it loses control of its major urban centers, Mosul and Raqqa, which seems likely in the next year. ISIS is now showing that it not only knows how to control territory but that it also knows how to inspire terrorist attacks around the world. The atrocities just keep on coming, with the Baghdad suicide bombing and the Nice truck attack. Those attacks were followed a few days later by a slashing attack aboard a German train carried out by a young Afghan refugee armed with an axe and knife. If this is what success against ISIS looks like, I’d hate to see failure. 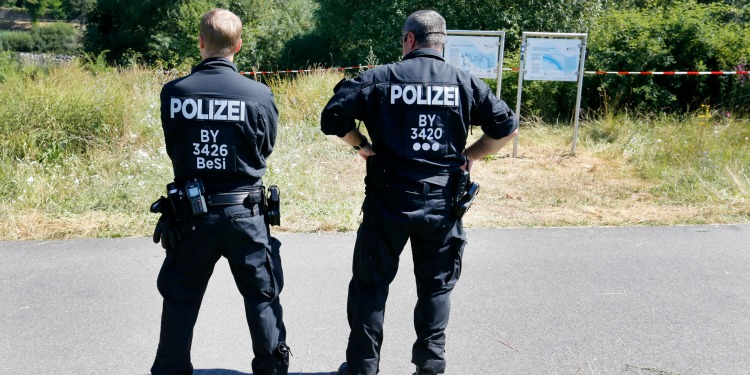