President Obama is not being honest about his strategy to fight ISIS. He claims to be seeking to “degrade and destroy” the terrorist state. In reality he is merely trying to “contain” it. Because the administration isn’t honest about what it’s up to, it is unable to make a public case in favor of what it is actually doing.

Into this void step the esteemed political scientists Stephen Biddle and Jacob Shapiro. (Shapiro teaches at Princeton, Biddle at George Washington University. Biddle is also an adjunct fellow at the Council on Foreign Relations, where I am a senior fellow. I have known and respected Biddle for years and even worked with him briefly in Afghanistan.) In this Washington Post op-ed, they offer the most cogent and compelling case for containment that I have yet seen. I do not agree with their arguments (for reasons I will explain below) but they make good points that deserve a serious hearing.

Their argument essentially boils down to two propositions: (1) Defeating ISIS will require a lot more U.S. ground troops — at least 100,000 — than Washington is willing to send. They suggest that sending 20,000 to 30,000 troops, as some of us have suggested, will not get the job done because of a paucity of reliable proxies in Iraq and Syria. (2) A better alternative is to contain ISIS until it collapses from within.

Of these two propositions, I would say the first is more compelling, if still speculative. We simply don’t know if it would be possible to mobilize more effective indigenous resistance against ISIS by following the strategy I, among others, have suggested — which is to say, increasing U.S. troops levels to 20,000-30,000 while offering Sunnis a compelling reason to fight (in Iraq, offering them autonomy via a Sunni Regional Government; in Syria, offering them the end of the Assad regime).

It’s true that in 2007 it took more than 150,000 troops in Iraq to galvanize the Anbar Awakening, but most of those troops were stationed outside Anbar. Within Anbar itself, the U.S. had fewer than 40,000 troops. In the case of Afghanistan in the fall of 2001, the U.S. deployed only a few hundred Special Operations Forces and CIA operatives, backed up by copious airpower, to back up the Northern Alliance. That was sufficient to overthrow the Taliban.

Biddle and Shapiro actually seem to concede that sending as few as 20,000 U.S. troops would be enough to rout ISIS from cities it controls such as Raqqa, Mosul, and Ramadi. Their primary concern, as it should be, is with the question of what forces will “hold” those cities and the surrounding countryside after the “clear” phase is done. Using counterinsurgency math, they suggest that 160,000 troops will be needed to hold areas currently under ISIS control.

Even if that’s true, it is hardly the case that 160,000 troops (which could be American, but could also be supplemented by allied forces, e.g., French, British, Egyptian, Saudi, Turkish) would need to be stationed in Iraq indefinitely. After the initial success of the surge in 2007, the U.S. was able to pare down force levels without sacrificing security. By 2011, there were some 40,000 troops left. If they (or even a lesser number) had been kept in Iraq, it is probable that Iraq would have remained stable and ISIS would never have arisen to take over the Sunni Triangle.

It is certainly the case that if the U.S. manages to oust ISIS, it will have to commit to maintaining some troops in Iraq for the long-term to maintain stability. But this would not have to result in continuing casualties and could be done with public support. After all, there was no groundswell of public opinion to pull U.S. troops out of Iraq in 2011, just as there is not today to pull U.S. troops out of Afghanistan.

Where the Biddle-Shapiro thesis really breaks down is in their confidence that containment is a viable alternative. They say that eventually the Islamic State will “collapse from within” because it will run out of resources to sustain its caliphate: “Its territory is mostly desert with little economic activity. Oil production is dropping, partly because equipment is bombed or failed and partly for lack of experienced management. What oil is sold goes at a discount rate. Taxes are the main source of revenue, and they appear to be high and unpredictably imposed.”

Maybe this is so, but maybe it isn’t. Lots of dysfunctional states can continue to exist for a very long time. Look at North Korea, which has been around for 70 years despite its utterly inability to provide for even the most basic needs of its people. Or, for that matter, look at nearby countries such as Egypt, Jordan, Iraq, and Lebanon, which also have a poor record of providing the basic functions of a state and yet continue to exist. ISIS has already defied numerous predictions of its collapse by showing that it is highly skilled at extracting resources (it is estimated to earn as much as $1 billion annually) and, even more important, at controlling the population under its grip.

Even Biddle and Shapiro concede: “It could take many years for the Islamic State to exhaust its economy. Meanwhile it would still pose a terror threat.” The last point is the real poison pill here: Even if ISIS is prevented from expanding further in Iraq and Syria (which is by no means a certainty), it can still expand abroad, whether by sponsoring terrorist operations like the one in Paris or by grabbing new territory as it has done around the Libyan coastal city of Sirte.

In sum, Biddle and Shapiro may be right that it would take more than 20,000 U.S. troops to defeat ISIS. But I would argue that sending 20,000 to 30,000 U.S. troops — while also implementing a different political strategy — would give us a much greater hope of success than we have today. If that commitment is ultimately insufficient, then we can reevaluate options in the future. But “containment” of ISIS is not a plausible option, as even Hillary Clinton has said. 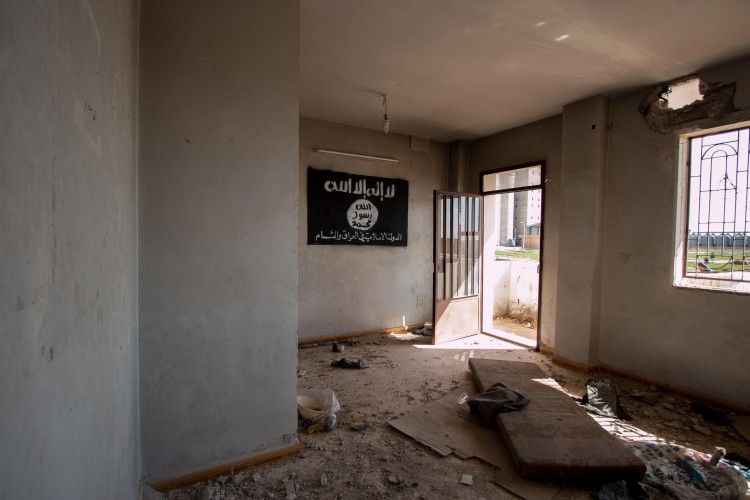