The prominent Chinese dissident Liu Xiaobo died last week while still in Chinese government custody, thus becoming the first Nobel Peace Prize winner to die in prison since Carl von Ossietzky in Nazi Germany in 1938. Liu had been languishing behind bars since 2011—locked up for daring to advocate the principles of self-government contained in the U.S. Declaration of Independence.

He had liver cancer, but the Chinese government refused to release him to seek medical treatment abroad that might have prolonged his life. Instead, the regime allowed him to die and then quickly scattered his remains at sea for fear that a gravestone for this martyr might become a rallying point for democracy advocates. His wife, the artist and poet Liu Xia, has been under house arrest while her husband has been in prison, and she has not been heard from since his death.

All of this is shameful enough. What makes it worse is how little the supposedly civilized world has to say about this uncivilized behavior on the part of China’s rulers. “I think it’s shocking how few heads of state have weighed in on behalf of a Nobel Peace Prize winner,” says Sophie Richardson, China director at Human Rights Watch.

Yet even nations such as the United States that have much less to fear from Beijing’s wrath have not strongly championed Liu’s cause or the cause of Chinese dissidents. President Trump’s statement on his demise was woefully inadequate. While professing to be “deeply saddened” to learn of Liu’s “passing,” the president had not one word of condemnation—not one!—for the regime that was incarcerating Liu at the time of his death. Trump is happy to condemn China for allegedly exporting too much cheap steel, but he is silent regarding China’s treatment of this brave and principled freedom fighter.

And to think that Liu was the best-known dissident in China. What of all the other prisoners of conscience who are not as famous? The Congressional-Executive Commission on China reported that, as of October 11, 2016, it had information about “8,481 cases of political or religious imprisonment in China. Of those, 1,433 are cases of political and religious prisoners currently known or believed to be detained or imprisoned, and 7,048 are cases of prisoners who are known or believed to have been released, or executed, who died while imprisoned or soon after release, or who escaped.” But the commission noted, “there are considerably more than 1,433 cases of current political and religious imprisonment in China.”

So why don’t other democracies speak up more forcefully in support of these heroes? Because there are always more pressing priorities, whether on trade or security matters. The Communist Party has strengthened its control since 1989, while the economy roared ahead, making China a far more powerful player on the world scene. Democracy in China is seen as a low-priority issue, at best; a pipe dream, at worst.

Yet as writers such as Fred Hiatt and Bret Stephens have pointed out, Beijing’s mistreatment of Liu shows that the regime is more brittle than it appears. The People’s Republic is actually afraid of a small number of principled individuals who are willing to risk their lives for freedom because the ruling oligarchy knows that its power is fundamentally illegitimate. The Red princes and princesses are looting the state while presiding over rampant corruption, pollution, and inequality. Even China’s rate of economic growth, which has been cited to excuse all of its other ills, is slowing down. The Politburo is forced to rely on strict censorship and the promulgation of nationalist propaganda to stay in power.

No one suggests that the U.S. or other Western states should stop dealing with China. By all means, engage, but don’t forget human rights. The model here can be U.S. relations with the Soviet Union and Eastern Europe, where Ronald Reagan’s championing of dissidents ultimately paid dividends after the USSR’s demise. Even if the Communist regime isn’t going anywhere anytime soon, we should never forget the plight of its victims. The people of China will thank us some day when the mainland is as free as Taiwan already is. 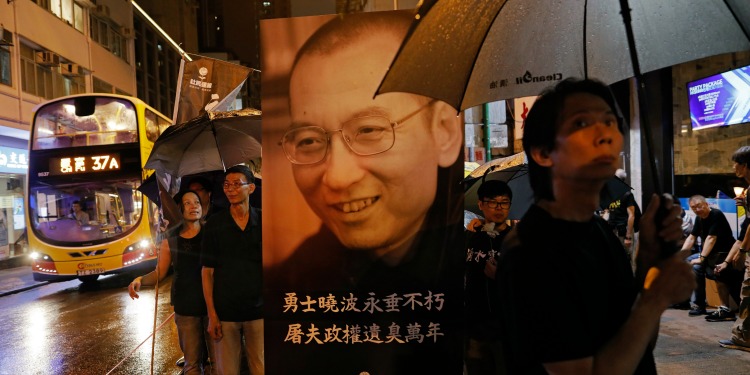