Last week, the intelligence community released an unclassified summary of its report on Russia’s attempt to influence the 2016 presidential election by promoting Donald Trump and hindering Hillary Clinton. One of the less noticed but more significant parts of the report was an annex focused not on the leaked emails but, rather, on more overt means of Russian persuasion. This highlights the need for the U.S. to do more to counter the Kremlin campaign.

The flagship of the Kremlin influence operation is RT, formerly known as Russia Today, an international TV operation started in 2005. As Annex A put it: “RT America TV, a Kremlin-financed channel operated from within the United States, has substantially expanded its repertoire of programming that highlights criticism of alleged U.S. shortcomings in democracy and civil liberties. The rapid expansion of RT’s operations and budget and recent candid statements by RT’s leadership point to the channel’s importance to the Kremlin as a messaging tool and indicate a Kremlin- directed campaign to undermine faith in the US Government and fuel political protest.”

The report then went on to reveal more details about RT’s programs, which “often characterize the United States as a ‘surveillance state’ and allege widespread infringements of civil liberties, police brutality, and drone use.” RT hosts have also “compared the United States to Imperial Rome and have predicted that government corruption and ‘corporate greed’ will lead to US financial collapse.”

RT’s programming cuts across standard ideological boundaries, appealing both to the Bernie Sanders left and the Donald Trump right. It opposes Western intervention in Syria so that Russia can intervene without hindrance, along with fracking, “highlighting environmental issues and the impacts on public health,” so that Russian oil exports will have less competition.

Although RT pretends to be an independent media organization, the report noted, “The Kremlin staffs RT and closely supervises RT’s coverage, recruiting people who can
convey Russian strategic messaging because of their ideological beliefs.” The Kremlin spends an estimated $190 million a year on RT, whose operations are rapidly expanding—RT started a British channel in 2104 and is expected to launch a French one this year.

This may be crude propaganda, but it is finding an audience. As the intelligence report contended, RT claims to reach more than 550 million people worldwide and 85 million in the U.S. Although those figures can’t be verified, the Nielsen company reported that RT had rapid growth in the U.S. market. A chart shows that RT has more YouTube views than Al Jazeera English, BBC World, or CNN, although it lags behind in Twitter and Facebook followers.

RT has complete freedom to operate in the United States; it operates through a “nonprofit” cover that allows it to avoid having to register under the Foreign Agents Registration Act, which regulates the activities of foreign lobbyists. The FCC normally mandates that foreign ownership of a U.S. broadcast outlet cannot exceed 25 percent, but it can waive those regulations if allowing greater ownership is in the public interest. For some strange reason, that ownership rule has been waived for RT, although it’s not clear what interest the American public should have in letting the illiberal and anti-American Russian regime spread his noxious propaganda.

You may object that this just freedom of speech in operation and that Americans are smart enough to sort out Russian propaganda from real information. Given the uproar over “fake news,” however, that’s far from certain. More importantly, Russia does not extend the same freedom to U.S. government broadcast outlets such as Radio Liberty and Voice of America (VOA).

As Jeffrey Gedmin, former president of Radio Free Europe/Radio Liberty, and Gary Schmitt of the American Enterprise Institute, wrote in the Washington Post,  “First, [Putin] disrupted their indigenous network of partner stations. Russian authorities used health and fire inspectors, tax collectors and anti-corruption police to harass VOA and Radio Liberty affiliates and drive up the cost of doing business with the Americans. In short order, Radio Liberty’s local partners, for instance, shrank from several dozen to a handful. Second, the Kremlin blocked the Americans from important airwaves, refusing them access to the Russian television market. Russian regulators have steadfastly rejected their efforts to obtain a license. (The BBC has faced comparable harassment and constraint.)”

The result: “Russian-sponsored rants about America get airtime in America, while U.S.-underwritten attempts to fairly and honestly inform Russians are massively curtailed.” This would seem to be a glaring example of exactly the kind of unfair barriers to American competition that Donald Trump always complains about. He should make clear to Putin that the U.S. will no longer allow RT access to the American market unless Putin reciprocates the privilege for VOA and Radio Liberty.

Beyond that, the growth of RT shows the need to upgrade U.S. “information war” efforts. James Clapper, the director of national intelligence, highlighted this issue in his recent Senate testimony in which he called for the creation of a “USIA on steroids.”

The U.S. Information Agency was created in 1953 to engage in the battle of ideas during the Cold War. In 1999, thanks to an unholy alliance between Secretary of State Madeleine Albright (who wanted to enhance the power of her own department) and Senator Jesse Helms (who wanted to cut back American operations overseas), it was disestablished and its remnants folded into the State Department. Foggy Bottom today has the lead in waging information warfare, yet public diplomacy remains a low priority for a department focused, as always, on managing relations with foreign governments. The Broadcasting Board of Governors also oversees Voice of America, Radio Liberty, Radio Marti, and other information outlets. (Recently signed legislation removes the decision-making power of the board and invests total authority in a presidentially appointed CEO.)

As Clapper’s comments suggest, there is a need for more resources and more autonomy for a new USIA to engage in the battle for influence not only with Russia but also with Iran, China, ISIS, al-Qaeda and various other enemies and competitors. Beyond that, as Michael Doran and I argued in this Council on Foreign Relations policy memorandum, the U.S. government needs to revive its capacity for waging “political warfare,” which includes not only overt dissemination of information but also more stealthy operations to magnify American influence.

As we noted, “During the Cold War, the U.S. government waged political warfare through a variety of mechanisms, including covertly funding noncommunist political parties in Europe and Japan, covertly starting magazines and organizations to organize artists and intellectuals against communism, and providing financial and logistical support to dissidents behind the Iron Curtain… At its best, the United States aided fighters for freedom behind the Iron Curtain and beyond, helping win the Cold War. ”

Putin, an old KGB agent, is today engaged in exactly this sort of political warfare (now known as “hybrid warfare”), only in the cause of tyranny rather than freedom. But the U.S. is largely absent from this competition. We are killing terrorists all the time with smart bombs, but we are doing far too little to battle the ideologies of the terrorists as well as the malignant, anti-democratic ideas spread by the likes of Moscow and Beijing. The Kremlin operation to influence our election should be a wake-up call that we can no longer afford to look the other way as our adversaries do real damage to our interests through influence operations. In the battle of ideas, unilateral disarmament is not a serious option. 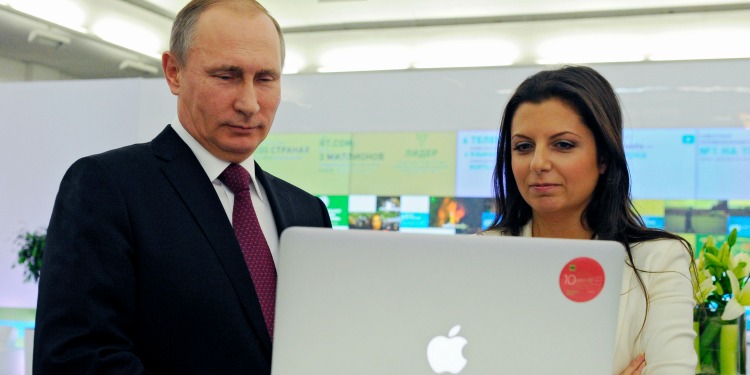 The Eternal Return of the Democrats’ Infrastructure Debacle 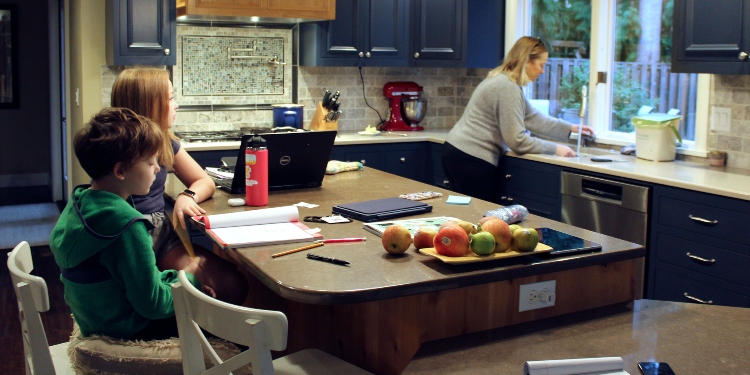 Democrats, Pick a Fight with Parents at Your Peril

Democrats, Pick a Fight with Parents at Your Peril