President Obama no doubt hoped that by the time he left office Mosul would have been retaken from Islamic State control and Raqqa would be close to falling, allowing him to claim that he had effectively defeated ISIS. Unfortunately, reports of ISIS’s death were premature.

Far from collapsing, ISIS is proving to be a tenacious foe. On Sunday, its black-clad fighters regained control of Palmyra, the historic Syrian city from which they had been evicted, with much fanfare, in March.

The Raqqa offensive still hasn’t started, and Bashar Assad has made clear he won’t lift a finger to drive ISIS out of its capital. “The regime forgot about Raqqa a long time ago and made it the responsibility of the Americans. Let those alarmed by Daesh go and remove it,” a regime official in Damascus told Reuters, employing the Arabic acronym for Islamic State. That will leave the job of retaking Raqqa to a motley collection of Syrian Arab and Kurdish militias bolstered by approximately 500 U.S. Special Operations Forces—including 200 whose dispatch was announced last week.

And Mosul? The attack on Iraq’s second-largest city began on October 17 and at first made rapid progress through the city’s neighboring villages and suburbs. But now Iraqi troops are fighting a difficult battle block by block through the city, going from east to west. They are handicapped by their inability to deploy their full firepower in the way that Assad–who feels no compunctions about the shedding of innocent blood–has done in Aleppo for fear of causing civilian casualties. ISIS is skillfully using the civilian population as human shields, causing heavy losses not just among Mosul’s residents but also among the elite Iraqi counter-terrorism forces leading the assault.

Iraqi forces would be well-advised to circumvent this plodding, house-by-house fight in favor of the kind of disruptive tactics used by American forces to take Baghdad in 2003. Recall that U.S. armored columns staged “thunder runs” into the city center, leading to a rapid collapse of the Saddam Hussein regime. Air assaults into the center of Mosul could be used to accomplish similar objectives. But such tactics appear to be beyond the expertise of the Iraqis, leaving them in a difficult and costly battle that, on its current pace, could last into March.

It is not only Iraqi security forces that are taking part in the Mosul offensive. So are Kurdish peshmerga and, more problematically, Shiite militias known as the Popular Mobilization Forces or, employing their Arabic name, Hashd al-Shaabi.

The Hashd have already assumed a dominant position around the sizable northern city of Tal Afar, the site of a ground-breaking American counterinsurgency campaign in 2005-2006. And, even more significantly, they are assuming a dominant position in Baghdad. In a little-noticed but highly alarming development, the Iraqi parliament has just voted, over the protests of Sunni lawmakers, to fully incorporate the Hashd into the Iraqi security forces. That means that Iraqi oil revenues will now be used to pay salaries to militia fighters who are, in essence, controlled by Tehran; the Hashd are dominated by operatives of Iran’s Quds Forces.

This sends a message of exclusion to Iraqi Sunnis that can only redound to the benefit of ISIS and other Sunni extremist groups, undermining whatever tactical progress Iraqi and Syrian forces make on the ground against ISIS strongholds. Jim Mattis, Trump’s newly nominated defense secretary, will have his work cut out for him trying to get the anti-ISIS campaign back on track. 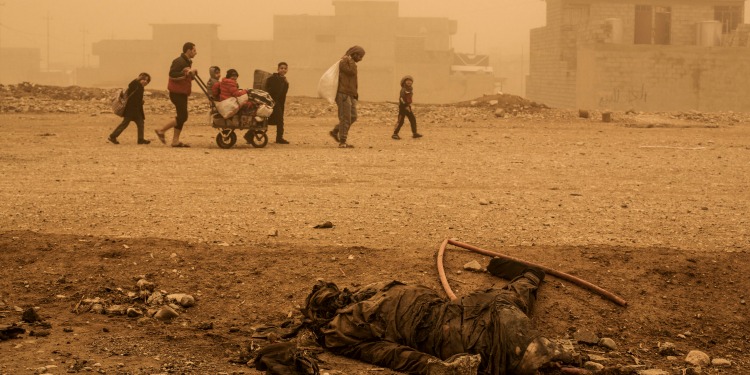