While the clown car that is the Donald Trump campaign continues to careen around the stage, drawing outsize media attention, the serious candidates for the Republican nomination are putting forward serious proposals that deserve more serious consideration than they are getting. Just in the last few days, Jeb Bush has given a substantive speech on how he would handle Syria and Iraq, and Foreign Affairs published a substantive article by Marco Rubio articulating his broad foreign policy vision. (Full disclosure: I have advised both candidates on foreign policy.)

The attention devoted to Bush’s speech yesterday at the Reagan library has focused mainly on his criticisms of Hillary Clinton’s record on Iraq. I addressed that issue in a separate blog post. But what’s worth stressing is that this was only a short passage in a much meatier speech that laid out concrete proposals for addressing the problems of Iraq and Syria in a way that Clinton has not yet done.

On Iraq, Bush called for doing more to support not only the Iraqi Security Forces but also the Sunni tribes and Kurdish Peshmerga. He also called for sending tactical air controllers to call in air strikes and allowing our advisers to embed with Iraqi military personnel on operations in the way that Canadian Special Forces already do. He did not spell out exactly how much of a troop commitment he would make to Iraq, but he did say “more may well be needed” (beyond the 3,500 already there), even if he also said, “We do not need, and our friends do not ask for, a major commitment of American combat forces.”

On Syria, he called for expanded efforts to train and equip moderate rebels, creating “multiple safe zones,” and a no-fly zone. The last point is especially important. Bush spelled out the importance of a no-fly zone: “Enforce that no-fly zone, and we’ll stop the regime’s bombing raids that kill helpless civilians.  It could also keep Iranian flights from resupplying the regime, Hizballah, and other bad actors.  A no-fly zone is a critical strategic step to cut off Assad, counter Iranian influence, keep the pressure on for a settlement, and prevent more needless death in a country that has seen so much of it.” Those arguments are strong ones, but even though a no-fly zone has been on the drawing board of years, Obama has never pulled the trigger. Bush said he would. That’s an important commitment.

Bush also made another important commitment: to begin rebuilding the armed forces from the Draconian budget cuts enforced as part of the mindless sequestration process that Obama and the Congress have instituted and refuse to roll back—even if Bush did not commit to a particular level of defense spending.

Meanwhile, in the new issue of Foreign Affairs, Marco Rubio lays out his foreign policy vision for confronting “the residual effects of President Obama’s foreign and defense policies.” His goal is to “restore the post-1945 bipartisan presidential tradition of a strong and engaged America while adjusting it to meet the new realities of a globalized world.”

His policy has three pillars: first, restoring American strength (which would involve, for a start, rescinding the deeply flawed nuclear agreement with Iran), protecting the open international trade system, and displaying “moral clarity regarding America’s core values.” Interestingly (and courageously), Rubio wants to promote freedom in China, an issue that the U.S. government normally shies away form. “By advancing the three pillars of my foreign policy,” Rubio concludes, “I intend to restore American leadership to a world badly in need of it and defend our interests in what I’m confident will be another American century.”

Obviously this is an overarching vision and a lot of details need to be filled in—but Rubio has shown his mastery of precisely such details in past interviews (including a notable showdown with Charlie Rose at the Council on Foreign Relations in New York) and there is no doubt he will shine on the specifics in future debates.

The important point is that Rubio has articulated a compelling foreign policy vision, and Bush has articulated a compelling strategy for dealing with the messes that Obama has presided over in Iraq and Syria. This is a long way removed from Donald Trump’s bar-stool aphorisms — e.g., his strategy for dealing with ISIS: “Now we go in, we knock the hell out of them, take the oil, we thereby take their wealth. They have so much money.”

Rubio and Bush, along with other Republican candidates such as Scott Walker and Chris Christie, are laying out a serious and compelling vision for dealing with our most pressing foreign policy problems, something that Hillary Clinton, who has more foreign policy experience than any of the Republicans, has yet to do. Too bad all of the press attention continues to be riveted on Trump’s latest vulgarities. 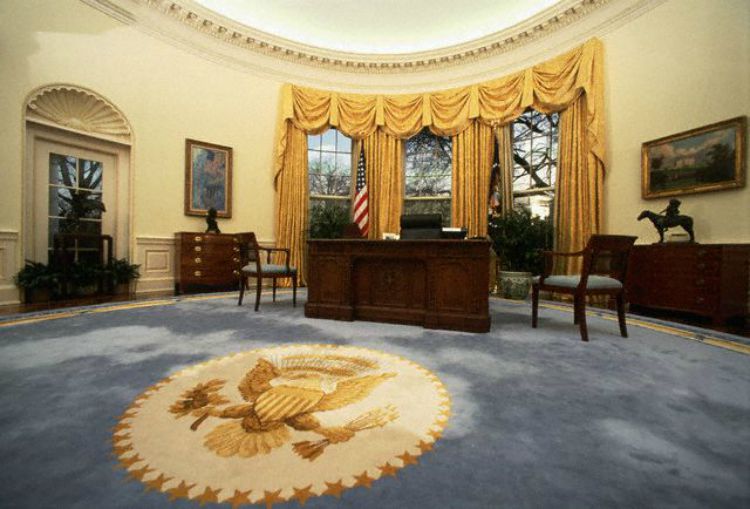