Marco Rubio has caused a kerfuffle with his comments about nation-building on Fox News. Here is what he said:

RUBIO: I think we have a responsibility to support democracy. And if a nation expresses a desire to become a democratic nation, particularly one that we invaded, I do believe that we have a responsibility to help them move in that direction. But the most immediate responsibility we have is to help them build a functional government that can actually meet the needs of the people in the short- and long-term, and that ultimately from that you would hope that would spring democracy.

RUBIO: <strong>Well, it’s not nation-building. We are assisting them in building their nation.</strong> We have a vested interest in doing that. The alternative to doing that is the chaos we have now. Because in fact what happened in Iraq under this administration is they rallied around [former Prime Minister Nouri al] Maliki, a Shia leader who used his power to go after Sunnis, and that created the environment that was conducive for ISIS to come back in and create all these problems.

Rubio is now being mocked by the likes of Paul Begala for essentially trying to insist on a distinction without a difference. Fair enough. Rubio was uncharacteristically clumsy in trying to dis-associate himself from the emotive phrase “nation-building,” but the bigger story here is that he was endorsing the underlying concept — and he was right to do so.

It’s too bad that “nation-building” has become such a negative term among both Republicans and Democrats — right up there with “world’s policeman,” another duty that we need to perform in our own self-interest even though nobody wants to admit it. It was precisely the nation-building that we did in Germany, Japan, Italy, and South Korea that ensured lasting victories after World War II and the Korean War. When we have failed to do “nation-building” after a war — e.g., Germany after World War I — the results, more often than not, have been disastrous.

The Bush administration learned that for itself: It came into office prejudiced against “nation-building” which Republicans wrongly viewed as a Clinton project. As a result the administration failed to prepare for nation-building in either Iraq or Afghanistan, allowing insurgencies to develop. The Obama administration repeated the same mistake in Libya where it did no nation-building after the fall of Qaddafi. The result is that Libya is now in the grip of rival militias and ISIS is gaining strength there. As Rubio rightly put it, the alternative to nation-building is chaos.

Given that reality, we shouldn’t run away from the imperative to help our allies build strong states capable of defeating terrorists and extremists—which is what nation-building is all about. We should get better at it. And getting better at it means improving our civilian capacity, not sending large numbers of troops all over the world. USAID, for example, should be retooled into a nation-building agency staffed by veterans of the wars in Afghanistan and Iraq. But that will never happen until we overcome our childish and ill-advised aversion to the very idea of “nation-building.” 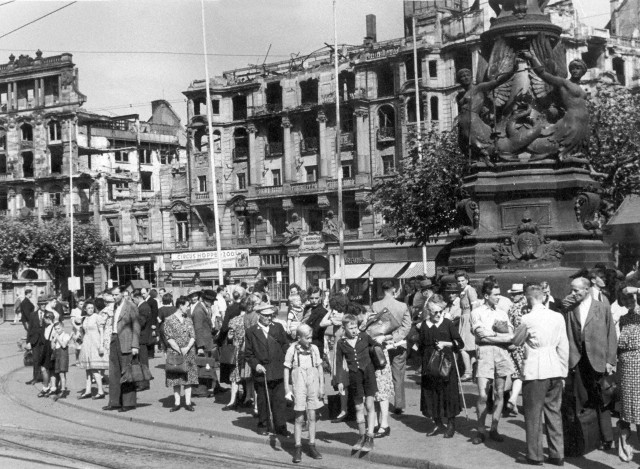