John A. Farrell, a former newspaperman who is the author of a new Nixon biography, has generated lots of attention with his claim to have found the “smoking gun” that convicts the former president of interfering in prospective peace talks between the United States and North Vietnam during the 1968 campaign.

Nixon had long been suspected of using a “back channel” to Saigon to convince South Vietnam’s President, Nguyen Van Thieu, not to participate in last-minute peace talks that might have tilted a close election toward Vice President Hubert Humphrey. Now Farrell has discovered a memo at the Nixon Library written by future White House chief of staff H.R. Haldeman on Oct. 22, 1968, in which Nixon instructed him to “monkey wrench” the peace initiative.

This memo does seem to seal yet another the case against Nixon—not only did he interfere in high-level diplomacy being conducted by the president of the United States, Lyndon Johnson, but he also lied about it afterward. At the very least, Nixon was probably guilty of violating the seldom-enforced Logan Act, which prohibits private citizens from having unauthorized communications with foreign governments locked in a dispute with the U.S. government. But did Nixon actually sabotage the chances of peace in 1968? On that count I am skeptical, having recently studied the history of the Vietnam War for a book I am concluding on the legendary American covert operative and political adviser, Edward Lansdale.

In the first place, Nguyen Van Thieu needed no encouragement from Nixon to drag his feet on peace talks, which, he rightly feared, would amount to a sellout of South Vietnam by the United States. That is, in fact, what happened in 1973, with President Nixon ironically being the one doing the selling-out—he had to threaten to cut off all U.S. aid to get Thieu to go along with a one-sided deal allowing North Vietnam to keep hundreds of thousands of troops in the South while mandating that the U.S. pull all of its own forces out. And even that represented a concession on the part of the Politburo in Hanoi, which dropped its demand that as part of a peace deal Thieu’s government would be replaced by a communist-dominated regime.

There is no reason to think that Hanoi would have made even this much of a concession in 1968 when it saw that the political impact of the Tet Offensive was chasing LBJ from office and turning American public opinion against the war. And even if such a deal had been forthcoming, it is doubtful that either Johnson or Nixon could have taken it under the prevailing political circumstances.

Both presidents were under tremendous political pressure from the right not to abandon South Vietnam even as a growing anti-war movement was agitating for a pullout. Polls showed that while, following the Tet Offensive, most Americans considered the war a mistake and wanted it to end, most still favored “peace with honor”—i.e., an outcome that guaranteed the freedom of South Vietnam.

Unconditional withdrawal even at the cost of defeat was, and remained, unpopular with the “silent majority” of voters who supported Nixon. Indeed, even in 1973, Nixon was careful to present the Paris Peace Accords as a treaty that would enable South Vietnam to continue to exist even though he and his national security adviser, Henry Kissinger, were privately conceded (as White House tapes show) that in all likelihood it would provide only a “decent interval” between the end of U.S. involvement and the conquest of Saigon.

The fact that the 1968 peace talks were doomed from the start does not exonerate Nixon of possibly illegal skullduggery, but it does suggest that the consequences of his machinations were less momentous than his most perfervid critics would have us believe. 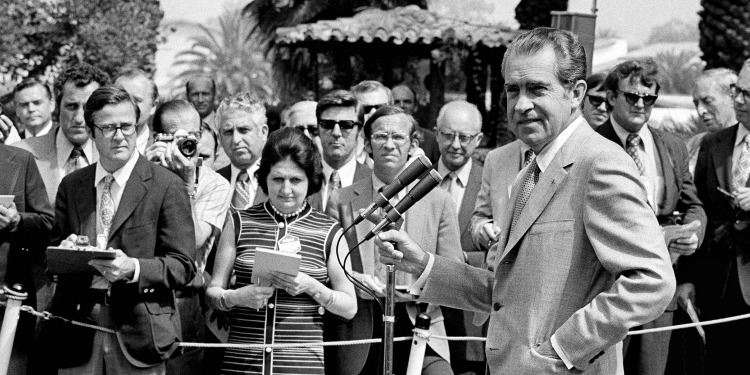