There is a lot of news and commentary regarding Syria to take note of today.

At the Washington Post, Condoleezza Rice and Bob Gates have a biting op-ed that shreds the president’s arguments for inaction in the face of Russia’s intervention in Syria. They note all of the wrongheaded reactions emanating from the White House for the Russian intervention:

Sometimes the reaction is derision: This is a sign of weakness. Or smugness: He will regret the decision to intervene. Russia cannot possibly succeed. Or alarm: This will make an already bad situation worse. And, finally, resignation: Perhaps the Russians can be brought along to help stabilize the situation, and we could use help fighting the Islamic State.

“The fact is,” they note, “that Putin is playing a weak hand extraordinarily well because he knows exactly what he wants to do. He is not stabilizing the situation according to our definition of stability. He is defending Russia’s interests by keeping Syrian President Bashar al-Assad in power.”

Over at the Daily Beast, Michael Weiss points out that, wittingly or not, the Russian bombing is helping ISIS to advance on Aleppo by targeting the main obstacle in its path — American-backed rebel groups. Why would Russia help ISIS when its stated purpose in Syria is to hurt ISIS? Because the Moscow-Damascus-Tehran strategy is to get rid of all the moderate rebel groups and reduce the conflict to a binary choice — Assad or ISIS — on the assumption that the world will then choose Assad. Once that happens, there will be plenty of time to deal with ISIS later.

If the White House has an effective riposte to these moves, it is a state secret. Peter Baker, the New York Times White House correspondent, has a cutting dispatch today noting that President Obama’s policy of “strategic patience and persistence” in Syria is looking a lot like policy paralysis.

The latest sign of American failure: the decision, announced today, to end the Pentagon’s $500 million program to train and equip Syrian rebels which has produced only “4 or 5” active fighters. While presumably the CIA will maintain a covert program of its own, the Pentagon apparently is now to be limited to training a handful of rebel leaders in Turkey to call in American air strikes. This is a risky strategy that risks more collateral damage, and that effectively cedes the insurgent battlefield to more extreme groups such as ISIS and the al-Nusra Front.

Indeed, the BBC is already reporting that the Saudis and other Gulf states are stepping up shipments of anti-tank and possibly anti-air missiles to rebel groups. They claim to be only supporting moderate groups and not Nusra or ISIS, but the “moderate” groups include the Army of Conquest, which includes Nusra. This is a dangerous game that could become Afghanistan Redux: the Russians may be made to bleed but only at the cost of empowering another group of Islamist radicals.

Instead of ending the train and equip program, and ceding the battlefield to the extremists, the administration would better be advised to make it more effective by making clear that American-trained rebels are free to fight Assad as well as ISIS. The program can also be more effective if conducted within Syria itself—but that would require the U.S. to announce and enforce “safe zones” where the rebels could be free from attack and, of course, that’s not something that the president is likely to do.

Instead, the White House appears content to sit back and watch as this “geopolitical Chernobyl” (to use David Petraeus’s phrase) continues to spew its toxins across Syria and the entire region. 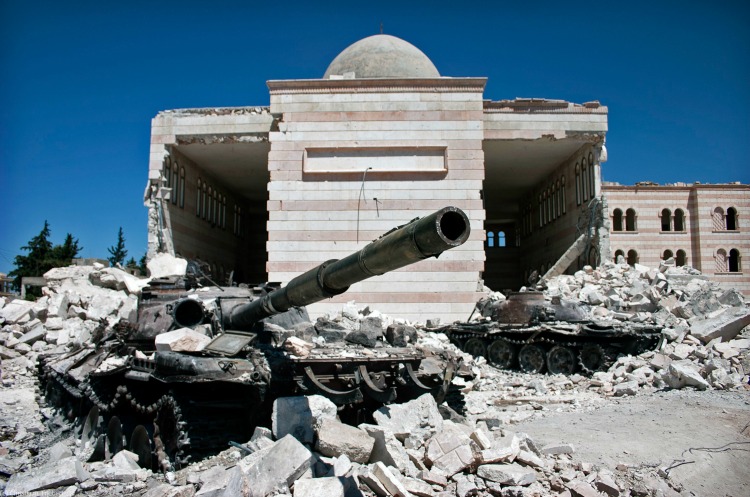