I have for a while advocated inserting American tactical air controllers (TACs) into the front lines in Iraq as part of a broader politico-military strategy to fight ISIS. But I have to admit that Bing West, a Marine combat veteran and writer who has spent a good part of the last decade embedded with the Marines in Iraq and Afghanistan, makes a good point in explaining and defending the reluctance of senior American generals, including the likely next Commandant of the Marine Corps, Gen. Robert Neller, to support such a move.

West points out that inserting TACs increases risk and only makes sense as part of a broader commitment to destroy ISIS. Only the commander-in-chief, he continues, “can orchestrate the political, military and strategic components to wage a resolute war.” But President Obama has “declined to do so.” He has not shown the kind of commitment that President George W. Bush showed to win in Iraq, which in ferocious battles such as those fought in Fallujah in 2004 required a willingness to mete out significant destruction and run the risk of suffering significant casualties.

Instead Obama seems to be intent on doing as little as possible to fight ISIS — just enough to be able to say he is doing something without doing enough to achieve his stated purpose to “degrade and destroy” that terrorist state. Among other deficiencies, Obama has not implemented any plan to mobilize Sunnis against ISIS. Without their support, it will be impossible to oust ISIS from the Sunni areas it has occupied. Instead, Obama seems to be pursuing de facto cooperation with the Iranian regime even though Iran is sponsoring the very Shiite militias whose radicalism drives Sunnis into the arms of ISIS.

“Given that reality,” West argues, “Neller exhibited prudence in not endorsing the infusion of advisers on the front lines. It does not assure victory; it does require coordination, however quietly and at arm’s distance, with Iranian forces. It places our forces under the de facto control of an untrustworthy Baghdad government. Deploying forward air controllers places us in the middle of a war that our commander in chief has no intention of winning.”

I fear that West is right. You can only go to war with the commander-in-chief you have, but the one we have is intent on avoiding war at all costs. Under such circumstances, the military’s reluctance to place troops in harm’s way is perfectly understandable. But current military foot-dragging should not be taken as a sign that our military leaders have concluded that a more forward-leaning strategy against ISIS will fail or that the current half-hearted strategy will succeed. All it means is that the armed forces have taken the measure of their commander-in-chief and decided he is not a man to go to into battle with. 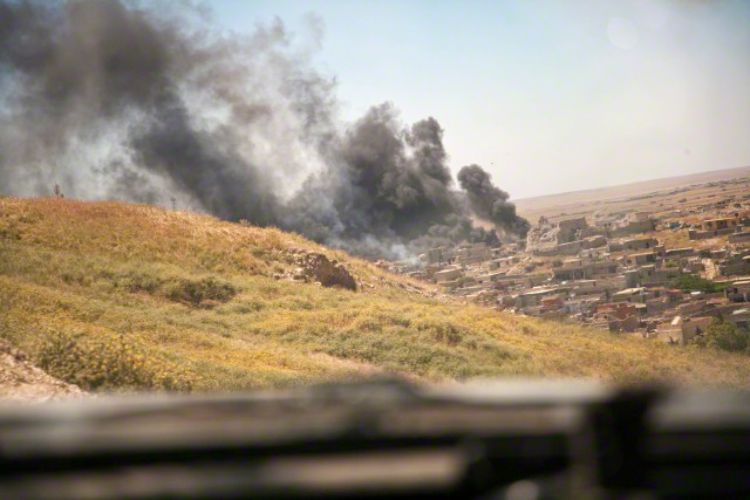