The Obama administration seems to have two counter-terrorist policies: one for Shiites and another for Sunnis. That, at least, is the only conclusion one can draw from the latest news, broken by the Wall Street Journal, that the administration airlifted $400 million in cash to Iran, with the money arriving on the very day that four Americans were released from Iranian prisons.

The administration has generally been better about not paying ransom to Sunni groups. The notable exception is the swap of U.S. Army soldier Bowe Bergdahl for five Taliban prisoners. But otherwise, the administration has held the line on payments to the Islamic State, al-Qaeda, and affiliated organizations. Indeed, U.S. officials have been critical of European countries that have paid hundreds of millions of dollars to Sunni terrorist groups, thus enabling them to fund their operations—including more kidnappings.

The U.S. government had even threatened to prosecute relatives of hostages who tried to negotiate private ransom payments. Obama dropped the threat of prosecution last year while “reaffirming that the United States government will not make concessions, such as paying ransom, to terrorist groups holding American hostages.”

The administration, of course, claims that the payment in cash to Iran was not for the hostages—it was merely the first installment of a $1.7 billion settlement of a 1979 arms transaction that was frozen after the seizure of the U.S. Embassy in Tehran. “The negotiations over the settlement of an outstanding claim… were completely separate from the discussions about returning our American citizens home,” State Department spokesman John Kirby said.

But however the administration spins this, the Iranians clearly saw this as a ransom payment. “Taking this much money back was in return for the release of the American spies,” said General Mohammad Reza Naghdi, commander of the Iranian Revolutionary Guard’s Basij militia.

There is, of course, a very good reason why the U.S. does not make such payments as a general rule: it encourages more hostage-taking. The Reagan administration discovered this when, as a result of its “arms for hostages” deal, three Americans were released but more were seized. And sure enough, this time around, Iran has grabbed three more Americans since letting the previous four go.

What’s striking here is the double-standard: Why pay ransom to a Shiite regime but not to Sunni groups? The double-standard doesn’t end there. The administration bombs Sunni terrorist groups such as al-Qaeda and Islamic State while turning a blind eye to—or even de facto facilitating—the excesses of Shiite militias in Syria and Iraq.

This disparity is, of course, at odds with the popular conspiracy theory on the extreme right that the Muslim Brotherhood—a Sunni group—has infiltrated the government. I am not suggesting an alternative conspiracy theory; I am not claiming that Shiite agents are running amok in the White House.

There is a much simpler and less conspiratorial explanation for what’s going on. President Obama understands that Sunni terrorist groups like al-Qaeda and ISIS are our enemies, but he continues to hold out for hope that Iran will be our ally. There is, alas, scant reason to reach any such conclusion. Iran’s militancy certainly has not decreased since the signing of the nuclear deal more than a year ago. Tehran is providing more aid than ever to its proxies in Syria, Iraq, Lebanon, Yemen and elsewhere. But Obama continues to hold out hope that somehow the Iranian regime will moderate, and that, even in its current extremist form, it can be a useful ally against Sunni terrorist groups.

These calculations are tragically misbegotten, but they explain how the White House talked itself into believing that it wasn’t really offering a ransom payment. This is the same mistake that Ronald Reagan and his aides made. They imagined that they were shipping weapons to Iran not merely to win the release of hostages. They saw the hostage release as but a small goodwill gesture on Iran’s part on the way to improved U.S.-Iranian relations.

The dream of Iranian moderates never seems to die! The reality is that such moderates exist in abundance, but they have no impact on the foreign policy of a regime run by a Supreme Leader who imagines he is accountable to no one but Allah. Only by closing his eyes to this uncomfortable reality can President Obama proceed on his present path of accommodation with Iran. 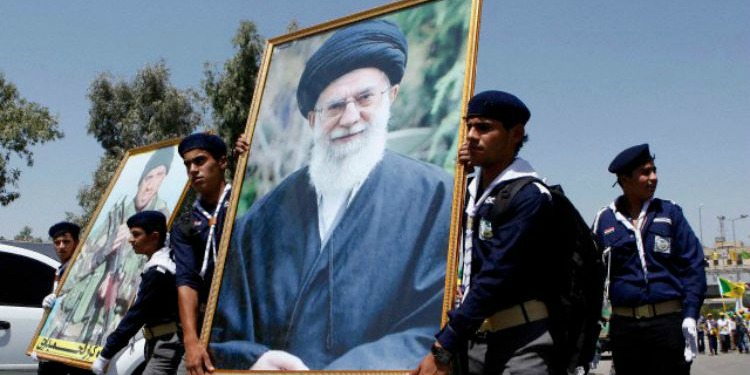