The U.S. is not just being defeated in Iraq and Syria. It is being humiliated.

On Sunday, the administration was taken by surprise for the umpteenth time when Russia, Iraq, Iran, and Syria announced an agreement, ostensibly to share intelligence about ISIS. This is part of a widening role for Russia in the region, Moscow having already established a new airbase to go along with its existing naval base in Syria. It is also a sign that Iraq is getting pulled further into the Russia-Syria-Iran axis — a new Axis of Evil — that is far more determined to keep Bashar Assad’s murderous regime in power than it is to fight ISIS. It is telling that Russia has started drone surveillance flights in Syria over areas controlled not by ISIS but by other rebel groups. In fact the more this Axis keeps Assad in place, the stronger that ISIS gets because ISIS feeds off the understandable resentment that ordinary Sunnis feel towards a regime that has been responsible for the vast majority of the killing in a conflict that has claimed over 225,000 lives.

The fact that Iraq has now formally joined this unholy alliance is a sign of how little influence the U.S. exercises anymore in Baghdad. This has been obvious for some time: Ever since the pullout of U.S. forces in 2011, Iran has become the dominant player in Iraq. Thus when the U.S. has protested to Iraq not to allow its airspace to be used for Iranian flights to resupply Assad — or more recently for Russian flights to create a new Russian military base in Syria — the government of Iraq has ignored American protestations. The Iraqis are happy to accept U.S. F-16s and other weapons and money, but they willfully snub Washington on its most basic demands and they know they will pay no price for doing so. After all, if President Obama could not even act against Assad for violating a “red line” on chemical weapons or against Iran for building a nuclear weapons program, what is he going to do against the Iraqi government for being in bed with these rogue states?

Instead of forcing Syria’s patrons to accept Assad’s removal from power, Obama now being forced to bow to the demands of Russia and Iran that Assad remain in Damascus. As the Daily Telegraph noted, “President Bashar al-Assad’s key backers declared victory on Sunday night after Western leaders who had previously backed Syrian rebels, including David Cameron, said they accepted he would stay in power, at least for the time being.”

Putin is winning, and he isn’t subtle about rubbing Obama’s nose in it. He is openly and understandably mocking the failed U.S. program to train Syrian rebels: “The initial aim was to train between 5,000 and 6,000 fighters, and then 12,000 more,” he said in an interview. “It turns out that only 60 of these fighters have been properly trained, and as few as 4 or 5 people actually carry weapons, while the rest of them have deserted with the American weapons to join ISIS.”

At least Putin is accurately reciting the facts about the U.S. failure to arm Syrian rebels. Harder to swallow is his brazen claim that the American program is not only a failure but illegal under international law.  “In my view, providing military aid to illegitimate organizations contravenes the principles of international law and the U.N. Charter,” Putin said. “We back only legal government entities.”

What can you say? You can only chortle at Putin’s chutzpah. Here’s the dictator who illegally annexed Crimea and is now illegally sponsoring a breakaway movement in eastern Ukraine claiming that Russia only backs “legal government entities.” It’s hard to believe that even Putin believes what he’s saying. He just says whatever serves Russian interests in a particular moment, and — give credit where it’s due — he is succeeding in advancing his interests in the Middle East, at least as he conceives of them. As a final prize, he gets a sit-down with Obama on the sidelines of the U.N. General Assembly, after the U.S. military already re-launched military-to-military talks with the Russian armed forces, thus effectively rewarding him for his bad behavior and breaking any Western attempts to isolate him.

While Russia appears to be purposeful in pursuing an amoral, anti-Western policy, the U.S. looks simply lost, bewildered, defeated. It’s not clear what policy the U.S. is pursuing anymore: Are we for or against Assad? For or against Iran? All we know for sure is that we are against ISIS but that we are not doing much to “degrade” and “destroy” it, as the president claimed a year ago. In fact the latest intelligence estimates suggest that it is drawing in more than 1,000 foreign fighters a month, more than replenishing its losses from U.S. air strikes.

I cannot remember a more confused or dispiriting moment in American foreign policy since the 1970s. 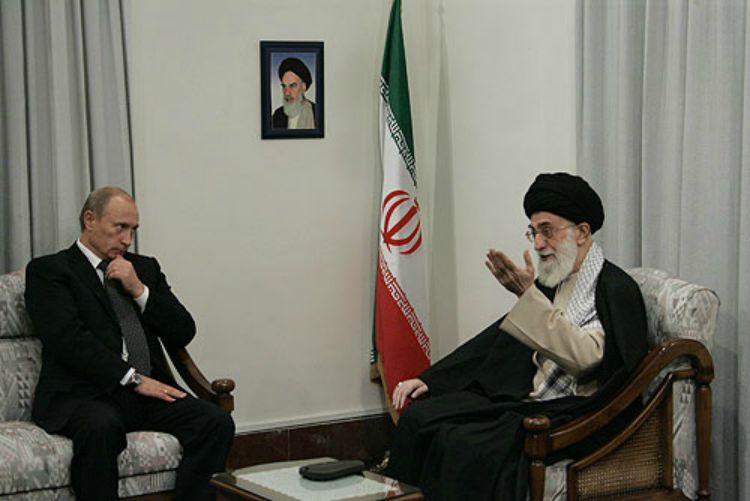