Vladimir Putin’s military buildup in Syria now apparently includes drones and fighter aircraft, troops and tanks. Aside from Putin’s obvious motive — to prop up the Assad regime that has long been a Russian ally — there is a less noticed but, I suspect, important motive involved. By blundering into the middle of the Syrian civil war, Putin has once again put himself at the center of global politics — just as he previously did in 2013 when he engineered the deal to remove Syrian chemical weapons that gave President Obama a way to climb down from his “red line” ultimatum.

Now, with Russian aircraft threatening to interfere with ongoing military operations by both the U.S. and Israel, Putin is further breaking down the West’s attempts to isolate him in retaliation for the invasion of Ukraine. On Friday, Defense Secretary Ash Carter called his Russian counterpart and military-to-military links between the U.S. and Russia, which had been in deep freeze, have resumed. Today, Israeli Prime Minister Benjamin Netanyahu is in Moscow for talks with Putin about what Russia’s military role means for Israel.

Whatever is said in these conversations, the very fact that they are occurring is a win for Putin. Never mind the Russian economic implosion, as a result of sanctions, and falling oil prices — Putin is asserting his relevance by using the most effective tools at his disposal: The Russian armed forces, which have been revamped and slimmed down to become more effective than the bloated, low-morale force of the immediate post-Cold War period.

And now Putin has an ongoing means of causing anguish to the United States, which is daily flying aircraft over Syria to bomb ISIS, and to Israel, which has sent its aircraft regularly into Syrian airspace to bomb convoys transporting munitions to Hezbollah. Neither the U.S. nor Israel has any desire to get into a war with Russia, so they will have to tread more carefully, while worrying that Russia will share the results of its surveillance and intelligence operations with Assad, Hezbollah, and other malign actors. This, at a minimum, could make it easier for the pro-regime forces to attack moderate rebels and for Hezbollah to dodge Israeli strikes. It could even endanger American and Israeli aircraft, if the Russian buttress the Assad regime’s anti-air defenses. And it could certainly make it difficult for the U.S. and its allies to impose a no-fly zone over Syria, something they should have done long ago, before Putin stuck his military into the mix.

You might think that Putin would hesitate to take such steps which strengthen the hands of radical Islamists, considering that Russia faces a serious threat of its own from jihadist groups. But obviously that is not much a concern to Putin, who is putting the imperative to preserve Assad — and the sheer joy of needling the United States and its allies — at the top of his foreign policy agenda. As long as Putin gets away with his mischief-making, we can expect more of the same in the future. 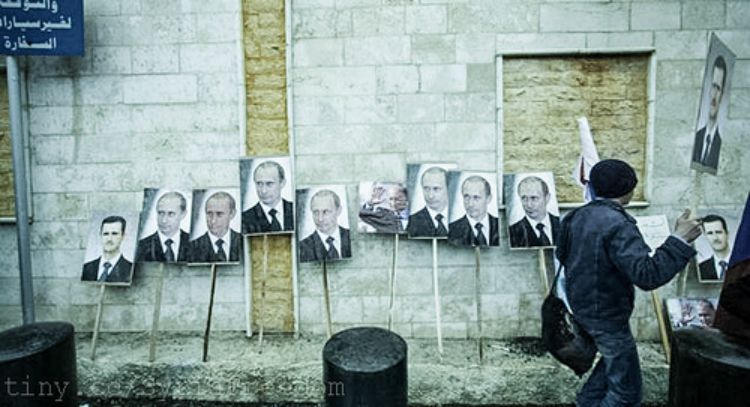