After a chaotic weekend rollout of President Trump’s executive order on immigration, a little sanity has been restored to the process with the announcement that permanent residents would be allowed back into the country even if they were born in one of the seven Muslim countries whose citizens are temporarily banned. But no adjustment has yet been made for Iraqis and Afghans who served this country and are the most deserving, admirable, and reliable refugees one could possibly admit.

One of these men, Hameed Khalid Darweesh, who had spent ten years working for U.S. troops in Iraq at considerable risk to his life, was detained in handcuffs for 19 hours at John F. Kennedy Airport before finally being released. Amazingly, he had not a single bad word to say about America, a country that has treated him shabbily. “America is the greatest nation, the greatest people in the world,” he told reporters.

That may be so, but America also has a shameful history of abandoning its allies. That is why Nguyen Van Thieu, the former president of South Vietnam, famously said, “It is so easy to be an enemy of the United States but so difficult to be a friend.” It is a sentiment no doubt shared by most of the Iraqis and Afghans who have risked so much to help U.S. troops accomplish their missions.

Kirk Johnson, a former USAID official in Fallujah, Iraq, has done more than anyone else to help bring these embattled interpreters to this country. He pushed to create a special visa for them—a program which has already made possible the resettlement of 7,000 Iraqis but is now suspended. He issued a cri de couer on Twitter and Facebook, which is worth reading. A small sample:

One of these Muslim refugees, an Iraqi friend of mine who goes by the nickname Homeboy, was interpreting for the 82nd Airborne – $5/day – when an American friend of his, a Staff Sergeant from Minnesota, was wounded in an IED attack. Homeboy, thinking nothing about religion or nationalities, ran through the field of fire to save his friend, when an insurgent shot his leg off. The medics, thinking he had died in the attack, piled dead bodies on top of him in the back of a Humvee until he mustered a groan. While he was recuperating, his home was attacked with grenades by terrorists who viewed him as a traitor. It took four agonizing years for his refugee petition to clear the bureaucracy.

There are many other Iraqis and Afghans like “Homeboy,” and they are, for the time being out of luck. This is not just a humanitarian tragedy; it is also a major ongoing problem for American security interests, given that we are counting on the cooperation of countless Iraqis and Afghans to fight enemies such as ISIS, al-Qaeda, and the Taliban. It will be harder to convince Iraqis and Afghans to risk their necks to help U.S. forces if they know that America does not have their backs.

And it’s not just a question of the interpreters that U.S. troops need to do their jobs—it’s also a question of the morale of Iraqi and Afghan security forces with whom U.S. advisers are embedded. Retired Lieutenant General Mark Hertling, a widely respected officer who served in Iraq, reported on Twitter on Sunday: “Received 3 messages today from Iraqi leaders (Cols and Gens) who asked: Why is this happening, we are fighting ISIS too! This will help them!’” Indeed the visa ban is widely—and rightly—seen as a slap in the face to America’s allies in Iraq.

The Iraqi parliament has predictably reacted in kind by passing legislation that recommends suspending visas to Americans, which, if implemented, will severely impede the contractors upon whom our troops rely for a panoply of services in the field. Moreover, the American move is seen as undermining the relatively moderate prime minister, Haidar al-Abadi, who would like close cooperation with the United States, while empowering Shiite radicals who preach “Death to America.”

Remind me again of how the Trump edict is supposed to advance national security? 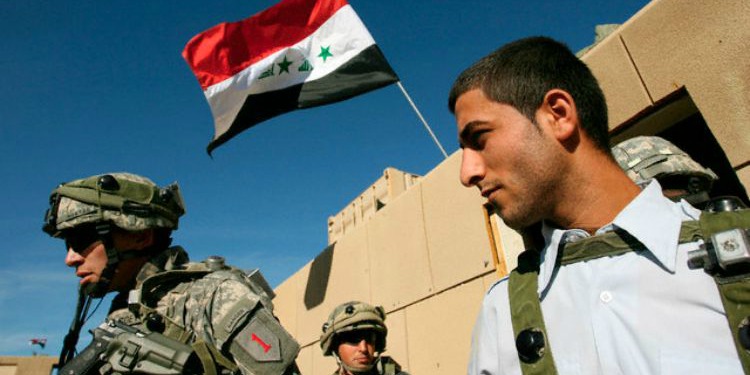