How did Libya become the mess that it is today — a country with no central government and with a burgeoning province of the Islamic State in Sirte attracting at least 5,000 ISIS fighters? The proximate cause of the present anarchy is, of course, the overthrow of Muammar Gaddafi in 2011, which the U.S. and our NATO and Arab allies assisted in bringing about.

The New York Times has just published two very lengthy articles by Scott Shane and Jo Becker on the Obama administration’s decision-making in 2011 that focuses on the role of Hillary Clinton. (The links are here and here). The articles make clear that Clinton was the leading administration advocate of intervening when a revolution against Gaddafi started and it appeared that the regime would carry out a mass slaughter in Benghazi to stay in power. The original mission of protecting Benghazi soon morphed into regime change.

There is plenty in the articles that is embarrassing to Clinton — especially her premature joy over Qaddafi’s downfall and demise. Upon hearing the news, she exulted: “We came, we saw he died!” The Times goes on to note:

**Two days before, Mrs. Clinton had taken a triumphal tour of the Libyan capital, Tripoli, and for weeks top aides had been circulating a “tick-tock” that described her starring role in the events that had led to this moment. The timeline, wrote her top policy aide, Jake Sullivan, demonstrated Mrs. Clinton’s “leadership/ownership/stewardship of this country’s Libya policy from start to finish.” The memo’s language put her at the center of everything: “HRC announces … HRC directs … HRC travels … HRC engages,” it read.**

Of course, Clinton was taking ownership of a disaster. But was the real mistake intervening or failing to follow through? I would argue it was the latter. If the U.S. hadn’t intervened, the result might have been another Syria-like situation of a protracted civil war. I was in favor of intervening, but I also warned at the time that the U.S. needed to seriously prepare for a post-Gaddafi Libya, and that the only way to ward off chaos was to send an international peacekeeping force.

There is no evidence in the Times articles that Clinton favored the dispatch of peacekeepers, of the kind her husband had wisely sent to Bosnia, Kosovo, and East Timor. But she did argue for more strenuous follow-up steps, all of which were nixed by President Obama and his coterie of close aides. As the Times recounts, Libya moved off the top of the administration agenda. The president, attached to his “lead from behind” doctrine, insisted that Europeans take the lead, which they failed to do. Instead states like Qatar stepped into the breach by funneling weapons to Islamist militias.

The Times suggests that Clinton actually pushed for more action to train Libyan security forces and take other important steps, but all her suggestions were rejected in the inter-agency process that Obama had set up. A question that the article does not address sufficiently is whether Clinton was as vigorous as she should have been in pressing for steps to stabilize Libya. My impression is that she was not — that she was not willing to make a major issue of Libya with the president, with whom she had a distant relationship, and thus tacitly acquiesced in his disastrous policies.

But at the end of the series I came away with the impression that Obama was a bigger problem than Clinton — that a president who came to office denouncing George W. Bush’s mistakes in Iraq went on to repeat them in Libya. That will serve as a sorry epitaph for this administration. 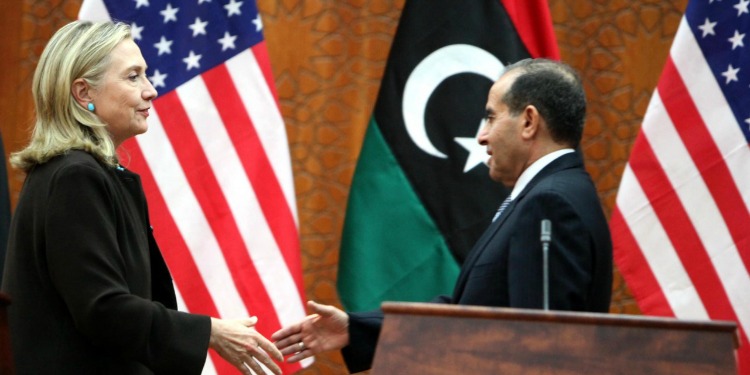