In the lawless jungle that is the international system, nations seldom have the luxury of choosing good over evil. Usually, it is a matter of choosing a lesser evil over a greater evil. So it was in World War II, when we allied with Stalin to stop Hitler, and so it is today in the case of Saudi Arabia versus Iran. The two countries are in a contest for power and influence across the Middle East. Both are human-rights violators, but we should make no mistake that Iran is far worse from the American perspective: not only morally but also strategically.

That is worth keeping in mind as you watch the drama unfold over the Saudi execution of Sheikh Nimr al-Nimr, a Shiite cleric who was harshly critical of the Saudi royal family. He was not, insofar as can be judged from the information publicly available, an advocate of violence or a participant in terrorism. Thus, his execution along with 47 others was a travesty of justice and a gross human rights violation.

But that does not make it right for Iran to allow a mob to firebomb and ransack the Saudi embassy in Tehran. This is a violation of the most basic norms between nations, which hold that embassies are sovereign territory of another state and cannot be entered without permission. Yet ever since its 1979 revolution, which included, of course, the takeover of the U.S. Embassy in Tehran and the seizure of diplomats as hostages, the Iranian regime has made a practice of systematically violating diplomatic immunity and other rules of the international system. Only a few years later, in 1983, Iranian-sponsored terrorists car-bombed the U.S. Embassy in Beirut, killing 63 people: One of numerous Iranian crimes against America for which the “revolutionary” regime in Tehran has neither apologized nor made any amends.

While calling down “divine vengeance” on Saudi Arabia, the Iranian regime is hardly in a strong position to protest Riyadh’s human rights violations. In late October, UN investigator found that Iran’s use of capital punishment was growing at an exponential rate and would top 1,000 people executed in 2015. Amnesty International, which reported that nearly 700 people had been executed in the first six months of the year, said: “The Iranian authorities should be ashamed of executing hundreds of people with complete disregard for the basic safeguards of due process.”

The larger human-rights picture in Iran is no more encouraging. Human Rights Watch reports that despite the election of “moderate” candidate Hassan Rouhani as the country’s president in 2013,”The country has seen no significant improvements in human rights. Repressive elements within the security and intelligence forces and the judiciary retain wider powers and continue to be the main perpetrators of rights abuses… The country remains one of the biggest jailers in the world of journalists, bloggers, and social media activists. Prominent opposition figures Mir Hossein Mousavi, Zahra Rahnavard, and Mehdi Karroubi, held without charge or trial since February 2011, remain under house arrest.”

And let’s not forgot the greatest human-rights violations committed by the Iranian regime — which occur not in its own territory but in the territory of nearby states. Since 2011, Iran has sponsored a bloody campaign by its proxy, Bashar Al-Assad, to repress an uprising against him. Conservative estimates are that Assad, using chemical weapons, barrel bombs, and other means, has killed at least 200,000 of his own people with Iranian help. This is a crime against humanity, verging on genocide, and it could not have happened without Iranian sponsorship. Then, too, Iran sponsors Shiite death squads in Iraq, arms Hezbollah and Hamas, which are pledged to the eradication of Israel, backs the Houthi rebels in Yemen, and carries out terrorist attacks against Jews in general and Israelis in particular from Bulgaria to Argentina.

Saudi Arabia is bad enough; it is as stifling and closed a society as I have ever visited. Its gender apartheid is sickening. Its promotion of the Wahhabi ideology has played a significant role in the rise of groups such as al-Qaeda. But Saudi Arabia also feels threatened by al-Qaeda and its ilk, and has cracked down on them. Many Saudis, of course, continue to serve in al-Qaeda, ISIS, and other groups — but, so far as we can tell, they do so without state sanction and, indeed, in the face of active efforts to stop them. The Iranian Quds Force, on the other hand, sponsors terrorism with the full support of the Iranian regime.

In sum: Distasteful as the Saudis are, the Iranian regime is far worse. The Saudis are not carrying out crimes against humanity the way that Iran is. And Saudi Arabia is not seeking to subvert its neighbors or to make war on America or our allies. Indeed, Saudi Arabia has reached a quiet rapprochement with Israel because the two states are united in their mutual opposition to growing Iranian power.

The American policy should be clear: We should stand with the Saudis — and the Egyptians, and the Jordanians, and the Emiratis, and the Turks, and the Israels, and all of our other allies — to stop the new Persian Empire. But the Obama administration, morally and strategically confused, is instead coddling Iran in the vain hope that it will somehow turn Tehran from enemy into friend.

The latest evidence of this molly-coddling: the administration’s decision not to impose sanctions against Iran on New Year’s Eve because Iran has conducted two ballistic-missile tests in recent months in violation of UN sanctions. This sends a terrible signal to Iran and the rest of the region: not only will the U.S. not punish Iranian violations of international norms but it will stand aside as Iran seeks to dominate the region.

Unfortunately some Republicans (read: Ted Cruz) are abetting this charade by suggesting that the U.S. align with Iran’s No. 1 proxy, the Assad regime. Cruz is right that sometimes the U.S. has to make common cause with distasteful regimes. But in the Middle East, we should be making common cause with Saudi Arabia and the other Gulf monarchies against the Islamic Republic of Iran. In other words, we should be aligning with our allies against our enemies.

That would seem to be an elementary insight but apparently it’s not these days amid the rampant confusion on both sides of the aisle in Washington. 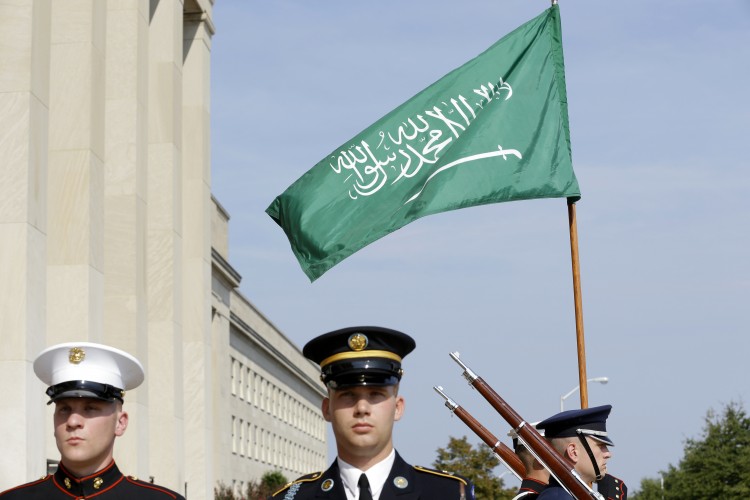