With much fanfare, Saudi Arabia last week announced a coalition of 34 Islamic countries that are poised to fight terror. Sounds good. But on closer examination, the coalition appears to be as substantial as a bowl of ice cream left out in the scorching heat of the Arabian desert.

Of the 34 countries that supposedly comprise this coalition, Pakistan and Lebanon stepped forward to say they had never agreed to join. Indonesia said it is still deciding whether to join and Malaysia ruled out any military role. But a state known as “Palestine” is on the list: Is that the Fatah-controlled West Bank or the Hamas-controlled Gaza Strip? Either way, “Palestine” has been deeply implicated in sponsoring the very terrorism that this coalition purports to fight.

The same might be said of Saudi Arabia, which has spread around the world the Wahhabi ideology that has inspired so many terrorists. There is little doubt that Saudi Arabia genuinely wants to fight Islamist terrorist organizations that it sees as a threat to the Kingdom, but that doesn’t stop suspicions that it is tacitly cooperating with other terrorist organizations, such as the Nusra Front in Syria and al-Qaeda in the Arabian Peninsula, which it sees as the lesser evil against Iranian-backed proxies (Bashar Assad and the Houthis, respectively).

It is deeply amusing to see, among the other countries on the list, Somalia, Libya, and Yemen, which, in reality, have no functioning state at all. How can they join an international terrorism coalition if they can’t control their own territory? Other states, such as Egypt, Nigeria, and Tunisia are too busy fighting terrorism at home to contribute anything to others’ efforts. Of course, entirely missing from the list are the Shiite-dominated Islamic states — Syria, Iraq, Iran — which Saudi Arabia sees as the enemy of the Sunni bloc. But, hey, at least the Comoros are on the list. That will inspire fear in ISIS HQ.

Actually, even if the members of this grand coalition had more capabilities to bring, they would not be required to do anything in particular as part of this new alliance. “The coalition does not impose specific commitments on individual members,” notes the Saudi press release.

So what motivated the Saudis to announce this toothless coalition? A former Saudi diplomat suggests that from the Saudis’ vantage point, “this coalition might in fact be a reaction to what they perceive as the international community’s (under U.S. leadership) largely ineffective campaign against IS, which in their eyes, lacks a clear strategy and resolve and neglects the two main factors that have allowed IS to spread: Bashar al-Assad’s brutalization of Syria’s Sunni majority and Iran’s support of Shiite militias in Iraq, Syria, Lebanon and Yemen.”

This is no doubt accurate, but announcing vast coalitions with no capabilities will not fill the vacuum in the fight against ISIS and the Iranian empire — the twin evils expanding across the Middle East. The only way that will happen is if the U.S. displays more leadership than it has done to date — and that doesn’t mean “carpet-bombing” Syria and Iraq as some ill-informed presidential candidates suggest. The U.S. needs to make a greater political and military contribution to mobilize substantial ground forces of Sunni tribal fighters capable of evicting ISIS from its conquered domains. Although various factions in Iraq have made some progress with American help, that hasn’t happened yet on the scale that is required. Until it does, ISIS and Iran will continue to divide the region between them — and Saudi Arabia will be powerless to stop them. 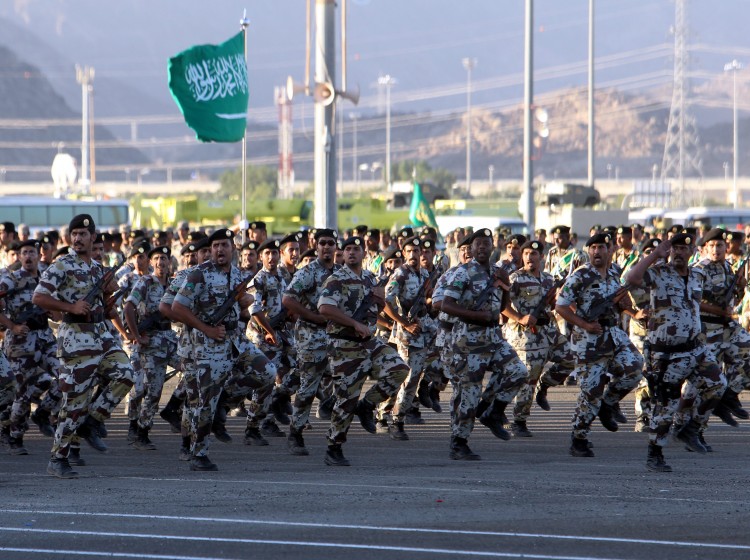