I visited Manchester in 2014, along with my son, to see a Manchester United soccer game at its hallowed stadium, Old Trafford. Not knowing what to expect, I feared the worst—a grimy, decrepit, post-industrial wasteland. What we found was very different: a booming, bustling metropolis. Manchester has preserved its heritage as one of the incubation sites of the Industrial Revolution but has not been trapped in the past. Old factories and warehouses have been repurposed into museums and chic hotels, restaurants, cafes and bars, making Manchester an exceptionally pleasant place to visit—and no doubt to live as well.

Thus, it is all the more heartbreaking to read of the carnage that its citizens are now coping with, following a suicide bombing at the Manchester Arena that claimed at least 22 lives. The attack is all the more enraging and dismaying for having targeted the young fans of Ariana Grande, some as little as elementary schoolers. What kind of monster deliberately kills children? If we are to credit that organization’s claim of responsibility for the Manchester bombing, precisely the kind of monster that ISIS creates.

News reports are still sketchy, but it appears that a suicide bomber set off his explosives not inside the arena itself but directly outside of it, near the box office, while concert-goers were leaving the arena after the conclusion of the performance. If accurate, this indicates the limits of security measures: While it’s possible to screen those going inside, there will always be vulnerability outside the security checkpoint. No perimeter can be extended far enough to keep everyone safe; indeed, in Iraq, the lines of people waiting to go through security checkpoints were often struck by suicide bombers. This is a grim reminder of how difficult it can be to stop fanatics. Difficult, but not impossible.

Recall that Israel found itself under incessant assault from suicide bombers during the Second Intifada (2000-2005). The Israeli security forces figured out how to defeat this terrible menace through a combination of offensive and defensive security measures. The number of suicide attacks in Israel fell from 53 in 2002 to none by 2009. Especially important in this success are the still-ongoing efforts by the IDF to police the West Bank and disrupt terror cells before they can strike. What the Israelis learned is that suicide bombers do not work alone: they require other people for indoctrination and preparation. Stop those other people—who are not suicidal—and you can prevent the human fuse from being lit.

That is the challenge now confronting the British security services and every other security service in the West, including our own. Terrorist groups such as al-Qaeda and ISIS, from their redoubts across the greater Middle East, send out messages of hate that, too often, find a receptive audience among alienated and marginalized Muslims in the West. The problem is especially great in Western Europe, which has a substantial Muslim population that is not well assimilated, second-generation immigrants being especially ripe for recruitment. Sometimes the radicalization is done purely through videos and social media, but often there is a human connection, too, in the form of radical preachers and terrorist organizers. The challenge is to roll up those networks without impinging more than absolutely necessary on the civil rights of citizens who live in what is, after all, a democracy.

But even when individuals are arrested, they can be replaced as long as the ideologies of hate remain alluring. ISIS may be losing its grip on the ground in Iraq and Syria, but there is a real danger that its virtual caliphate will long outlive the physical one. Even eliminating terrorist leaders does not necessarily eliminate their allure. Witness the extent to which Anwar al-Awlaki, the Yemeni-American preacher, continues to inspire terrorists long after his death in a 2011 American air strike.

It goes without saying that it’s important not to alienate Muslims, the sea in which terrorists swim—just as it’s important not to compromise intelligence collection on terrorist designs. But beyond all of this, it is also necessary to convince those who might be sympathetic to ISIS and their ilk that these groups are not all they are cracked up to be.

In this regard, MBC, one of the most-watched TV networks in the Middle East, is performing a signal service by airing a 30-part series, “Black Crows,” that shows the unpleasant reality of life under ISIS’s rule. As described by the New York Times, these are some of the plot lines: “A mother travels to Syria to find her son after he ran away to join the Islamic State. A Christian renounces her faith and plots to blow up a church. A black-clad matron tells teenage girls to rest up before they are raped by extremist fighters.” The series “paints a picture of the Islamic State, also known as ISIS, as a brutal criminal organization run by corrupt and hypocritical leaders. But recruits are depicted as victims, and women who challenge the militants’ control are heroes.”

This program will be beamed into millions of homes across the Middle East beginning on with the start of Ramadan on May 26. “Black Crows” is presented as entertainment but, assuming it is widely watched, it has the potential to strike a more potent blow against ISIS than any number of American bombs.

This is, of course, only one example of how it is possible to fight the “war of ideas” that must ultimately be won if we are to stop more horrors such as the one that unfolded in Manchester. There will never be perfect security—that is but a dream—but we can work successfully to make such attacks less common and less deadly. 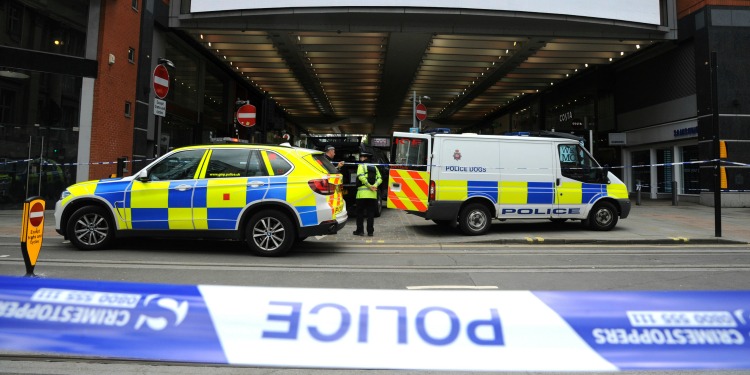