President Trump has called for a substantial increase in defense spending—nearly 10 percent or $54 billion. That’s serious money, and it’s seriously needed to rebuild defense capabilities that have been hurt by the sequestration process agreed to by President Obama and Congress. Similar or slightly larger increases in defense outlays will be needed for the next three years to achieve the ambitious goals that Trump set out during the 2016 campaign, when he called for, as I have previously noted, “increasing the army from 450,000 active-duty soldiers to 540,000, the Marine Corps from 182,000 marines to 200,000, the Navy from 272 deployable ships to 350, and the air force from 1,141 combat aircraft to 1,200.”

It is doubtful that a President Hillary Clinton would have proposed such a substantial defense-spending increase, and, assuming it is approved by the Republican-controlled Congress, it will be a very tangible and positive accomplishment of the Trump presidency. That said, I cannot muster more than one and a half cheers for the Trump budget based on what little we know so far, details still not having been provided.

The first cause of unease is the fact that Trump is promising to pay for defense spending increases, in part, by eviscerating the budget for the State Department and for foreign aid programs. This is a short-sighted and ill-advised tradeoff that even most generals and admirals warn against.

In fact, the U.S. Global Leadership Coalition has just released an open letter signed by more than 120 retired three- and four-star officers—including General David Petraeus, the former CIA director and commander of troops in Iraq and Afghanistan; retired Marine General Anthony Zinni, the former commander of U.S. Central Command; retired Admiral James Stavridis, the former commander of NATO; retired General Keith Alexander, the former director of the National Security Agency; and retired Admiral Eric Olson, the former head of Special Operations Command—arguing for preserving funding for diplomacy and foreign aid. This is a case that Secretary of Defense James Mattis, another retired four-star, has made in the past.

As the letter noted: “The State Department, USAID, Millennium Challenge Corporation, Peace Corps and other development agencies are critical to preventing conflict and reducing the need to put our men and women in uniform in harm’s way. As Secretary James Mattis said while Commander of U.S. Central Command, ‘If you don’t fully fund the State Department, then I need to buy more ammunition.’ The military will lead the fight against terrorism on the battlefield, but it needs strong civilian partners in the battle against the drivers of extremism– lack of opportunity, insecurity, injustice, and hopelessness.”

By increasing defense spending while cutting spending for diplomacy and foreign aid, Trump would be making U.S. foreign policy unbalanced—or, to be exact, even more unbalanced than it already is—by overemphasizing “kinetic” approaches over the exercise of “soft power.” Granted, a lot of foreign aid money has been foolishly spent over the years, but that’s an argument for more focused spending, not for radically cutting the foreign aid budget.

In particular, as I’ve argued, there is a need to bolster and refocus USAID so as to become a nation-building agency in support of U.S. national security objectives—for unless we can build stable and enduring governments in places like Iraq, Afghanistan, Libya, Somalia, and other countries, we will be doomed to incessant and ineffectual military interventions. But the Trump budget, along with the president’s ideological animus against “nation-building,” will likely doom any such commitment.

My second cause for concern is the fact that the Trump budget does nothing to address the growth of entitlement spending or closely related growth of the federal debt. In fact, if Trump combines this defense budget increase with an already-promised massive tax cut and massive infrastructure spending, the result would be to send the federal deficit, already estimated to be over $500 billion this year, skyrocketing. That is serious cause for concern given that the debt is already up over $19.9 trillion—more than 100 percent of annual GDP and higher in percentage terms than at any point since the peak of World War II. Piling up those kinds of debts is unsustainable for a variety of economic reasons, but it is also unsustainable for those of us who believe in adequate funding of defense not just this year or next but going forward.

That is why it is alarming that Trump is promising not to touch those drivers of the federal budget. There is only so much you can do to trim domestic discretionary spending (13 percent of the budget), as he proposes to do. There is simply no way to free up enough money to fund defense for the long-term without addressing the entitlement crisis.

It would be laudable if Republicans in Congress, who know what the real issues are, were be more courageous in reforming entitlement spending while boosting defense. The reality is that little is likely to get done on this politically painful issue without presidential leadership. 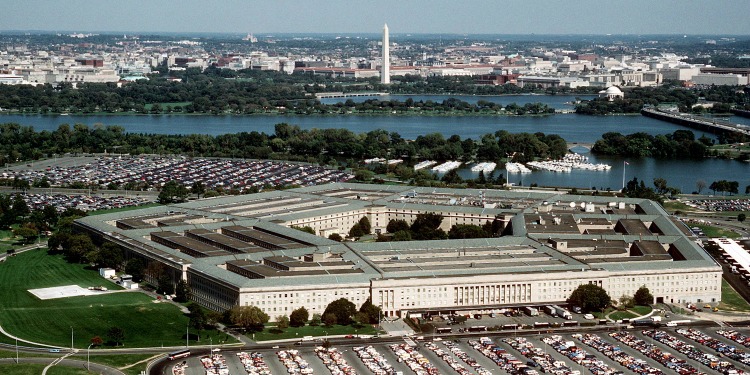