President Trump’s address to Congress on Tuesday night was undoubtedly the best speech he has ever given, even if it is unlikely to mark a transformation of his troubled presidency. Indeed, the positive news coming out of the speech has already been swamped by coverage of whether Attorney General Jeff Sessions perjured himself by denying to Congress that he had met with any Russian representatives last year.

But there is one moment from the Trump speech that will stay with me and many other viewers for a long time. This was his tribute to Chief Petty Officer William “Ryan” Owens, the SEAL who was killed in a raid in Yemen on January 29. The pictures of Owens’ widow, Carryn, sobbing while Trump talked will be forever etched in my memory, and no doubt the memory of most others who saw it.

But was this a moving tribute to a fallen sailor or a crass political attempt to exploit a widow’s grief? The latter is what army veteran Phillip Carter contends, writing in Slate: “Words cannot convey my compassion and sympathy for Owens and her family. And yet, at the same time, I can barely contain my anger and disgust at the way that Trump put her on display, seeking to appropriate her grief—and her deceased husband’s heroism—for his political gain. This was stolen valor on a presidential scale.”

Carter is hardly alone in his reaction. I heard from some military friends and their wives, in particular, who thought that Carryn Owens’ grief was too recent and raw to be displayed on television as it was. On the other hand, they also thought that she took comfort in all of the applause and support that she and her late husband received.

Trump has not really acted any differently in this regard than previous presidents who also put into the gallery those who have lost loved ones, suffered from diseases, or undertaken acts of heroism. For better or worse, this has become a State of the Union tradition, and in this respect, at least, Trump does not represent a break with tradition.

What of the charge that the president lied in claiming that the Yemen operation, in which Owens perished, was a success? “I just spoke to General Mattis,” Trump said, “who reconfirmed that, and I quote, ‘Ryan was a part of a highly successful raid that generated large amounts of vital intelligence that will lead to many more victories in the future against our enemies.'”

This account has been challenged by Senator John McCain, who called the raid a “failure” after receiving a classified briefing. McCain’s interpretation has been backed by “ten current U.S. officials across the government who have been briefed on the details of the raid,” and told NBC News “that so far, no truly significant intelligence has emerged from the haul.” That negative interpretation, in turn, has been challenged by CNN, which reports that “several US officials” told its reporters that “the US is now taking action to locate and monitor hundreds of people or ‘contacts’ found as part the intelligence retrieved during the deadly raid last month in Yemen targeting al-Qaeda in the Arabian Peninsula.”

Who is right here? Not having access to the classified intelligence in question, I can’t say. But certainly there is at least enough doubt about the outcome of the raid to absolve Trump of charges of lying, although he may well have been putting the best face possible on a raid that was only minimally successful and did not achieve as much as hoped. He would have been better advised to say something more honest along the lines of, “The Yemen raid didn’t accomplish as much as we had hoped, but that’s what happens when you fight terrorists—you can’t wait until you have perfect information to action. Sometimes raids will yield more than you expect, sometimes less. As a seasoned operator, Chief Owens understood that reality and the risks involved. Today, we honor and respect his lifetime of devotion and his ultimate sacrifice in service of our nation.” Trump would actually have risen in stature by leveling with the American people.

He would also been well advised to take full responsibility for ordering the raid and for Chief Owens’ death. The country would have been reassured, just as they have been when other presidents (such as JFK after the Bay of Pigs fiasco) have taken responsibility for what went wrong. But that’s not what Trump did.

In an interview with “Fox and Friends” that aired just hours before his speech, the president denied any personal responsibility for the raid: “This was a mission that was started before I got here,” he said. “This was something they wanted to do. They came to see me, they told me what they wanted to do, the generals, who are very respected—my generals are most respected we’ve had in many decades, I believe. And they lost Ryan.”

“They lost Ryan”? No, Mr. President. It doesn’t work that way. You are the commander-in-chief. You personally approved this raid and you can’t escape blame for the outcome.

Trump’s words break faith with the men and women of the military who know they will be held to account for whatever happens on their watch—even actions by underlings who may be thousands of miles away. There is a culture of accountability in the military, and the military expects the same from their commander-in-chief. If Trump continues to claim credit for military successes but disavow any blame for failures, he will seriously dent the military’s confidence in him and make the armed forces less willing to carry out risky missions. 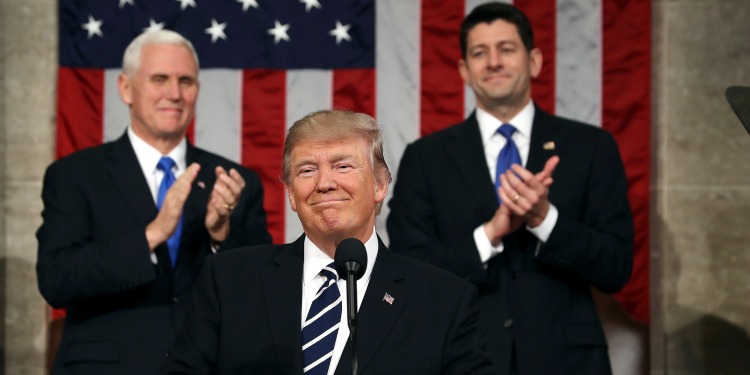