The Palestinian Authority, the “moderate” alternative to Hamas, has become notorious for celebrating terrorism against Israel.

A recent example occurred on October 9, when, as CAMERA reports, a “Palestinian terrorist named Musabh Abu Sbeih murdered two Israelis, a 60-year-old grandmother, Levana Malihi and a 30-year-old police officer, Yosef Kirma, in a shooting rampage in Jerusalem.” Sbeih, who wounded five others before he was killed by police, was hailed by Fatah, the dominant political party in the Palestinian Authority, as a “shahid,” or martyr. It was not long before Fatah published a celebratory cartoon “depicting a hand waving a machine gun from the top of the Dome of the Rock.” In the cartoon’s corner was “a pool of blood and two helmets with Stars of David, symbolizing two murdered Israelis.”

It is this mindset, rather than, as Secretary of State John Kerry and the United Nations seem to imagine, Israeli settlements in the West Bank that prevent the conclusion of peace between Israelis and Palestinians. Granted, Israelis are sometimes guilty of brutality against Palestinians as well. The difference is that Israel is a rule-of-law country where those who commit human-rights violations against Palestinians, of the kind that are inevitable in all struggles against terrorism, have a good chance of being tried and convicted.

The latest case in point is Sergeant Elor Azaria, an Israeli army medic who was videotaped shooting in the head a wounded Palestinian assailant who was lying on the ground motionless in the West Bank city of Hebron after having stabbed and wounded an Israeli soldier. Some Israelis on the far-right —including the current defense minister, Avigdor Lieberman–celebrated Azaria as a victim whose actions were excusable in the war on terrorism. The Israeli Defense Forces high command took a very different view of this shocking breach of the laws of war. Azaria was court-martialed, and now he has been convicted of manslaughter by a military court.

The court proceedings shredded Azaria’s contradictory defense, with the sergeant’s lawyers telling the court that the man he shot, Abed al-Fatah al-Sharif, “appeared to pose a danger because he was still moving” while also “bringing medical witnesses who asserted that he was already dead by the time Sergeant Azaria shot him in the head.”

Americans know from own experience how difficult it is to hold errant soldiers to account for crimes committed during the course of a conflict. Witness the My Lai Massacre in 1968, when soldiers from the Americal Division murdered hundreds of Vietnamese civilians. The only soldier convicted of this terrible crime was Lieutenant William Calley, a platoon leader. Though he was found guilty of 22 counts of murder, he would serve only three and a half years under house arrest, thanks to the misguided leniency extended by President Nixon.

It is never easy and seldom popular to hold soldiers to account. The IDF understands that such discipline is essential in order to keep the military’s honor clean and to maintain the moral high ground over adversaries who violate the most basic laws of war, to say nothing of the tenets of humanity. Israel can hold its head high for holding Sergeant Azaria to account even if it will get no credit from the rest of the world.

UPDATE: Prime Minister Benjamin Netanyahu is doing himself no credit by issuing a call for President Reuven Rivlin to pardon Azaria. Such an act would not only deal an unwarranted blow to Israel’s public image; more importantly, it would be an insult to all IDF soldiers who conduct themselves according to the highest standards of ethics and professionalism even in the face of grievous provocations. 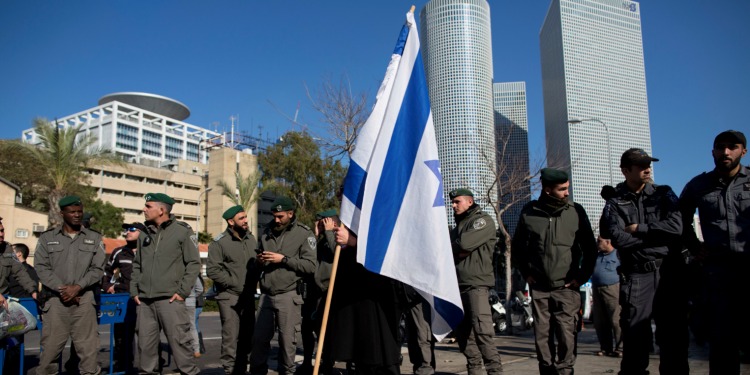