It’s unlikely to happen, but if there is any justice in this world, Vladimir Putin will someday have to answer for his crimes. He has committed a litany, to be sure. He even stands accused of orchestrating the bombings of Russian apartment buildings in 1999 which allowed him to consolidate power and launch a brutal war of occupation in Chechnya. In more recent news, he is responsible for crimes against humanity in Ukraine and Syria.

Start with Ukraine: A new international investigation led by the Netherlands has offered more proof of Russian complicity in the shoot-down of a Malaysian Airlines plane over Ukraine in 2014, killing all 298 on board. As the New York Times account noted, investigators have concluded that the airplane was shot down by a Russian SA-11 (Buk) surface-to-air missile system that “was trucked in from Russia at the request of Russian-backed separatists and returned to Russia the same night.”

The investigation not only confirmed the Kremlin’s complicity but also documented its cover-up “which continues to this day.” The Dutch-led inquiry refutes the Kremlin’s ridiculous explanations for how an airliner came to be shot down–including the claim that  “the C.I.A. filled a drone airliner with bodies and crashed it to discredit Russia, or that Ukrainians were trying to shoot down the airplane of Mr. Putin, but hit the civilian airliner instead.”

Now we come to Syria, where Russia has been responsible for an even greater loss of innocent life. Over at Foreign Policy, Paul McCleary wrote that Russia, ignoring a ceasefire negotiated by its foreign minister and Secretary of State John Kerry, has been unleashing Su-25 Frogfoot aircraft–Russia’s version of the A-10 Warthog–to pulverize targets in Aleppo in support of a Syrian government offensive to seize the part of the city held by rebels. “Russian aircraft are hitting civilian neighborhoods with incendiary bombs, cluster munitions, and what is thought to be the 1,000-lb. BETAB-500 ‘bunker buster’ bomb,” he wrote.

At least 250,000 people, including 100,000 children, are trapped in eastern Aleppo, and they are feeling the full brunt of the Russian-supported offensive, which has just knocked out a hospital. “Bunker-busting bombs, more suited to destroying military installations, are now destroying homes, decimating bomb shelters, crippling, maiming, killing dozens, if not hundreds,” Matthew Rycroft, Britain’s ambassador to the United Nations, told the UN Security Council. He added that “in short, it is difficult to deny that Russia” is committing war crimes. “What Russia is sponsoring and doing is not counter-terrorism, it is barbarism,” U.S. Ambassador to the U.N., Samantha Power, charged.

It is not hard to draw a direct line from Russian actions to Putin’s responsibility, given that Russia is in effect run by a one-man state. The only question is what consequences Putin will suffer for what he is doing? A war crime indictment from The Hague would be fully warranted but is unlikely because Putin is seen as too powerful to prosecute.

At the very least, however, Putin needs to be shunned and sanctioned like he has never been before. Kerry’s threat to stop dealing with Russia over Syria is laughable; the U.S. long ago should have stopped dignifying Putin’s regime with the kind of diplomatic treatment accorded to normal states. Putin presides over a gangster-state that is one of the worst perpetrators of human-rights abuses on the planet, and he should be treated accordingly. If the Obama administration refuses to do more to make Putin pay a price for his crimes–if it insists, as it has been doing, on legitimizing Russia’s intervention in Syria, rather than providing rebels with the means to defend themselves–it is, in effect, becoming complicit in his war crimes. 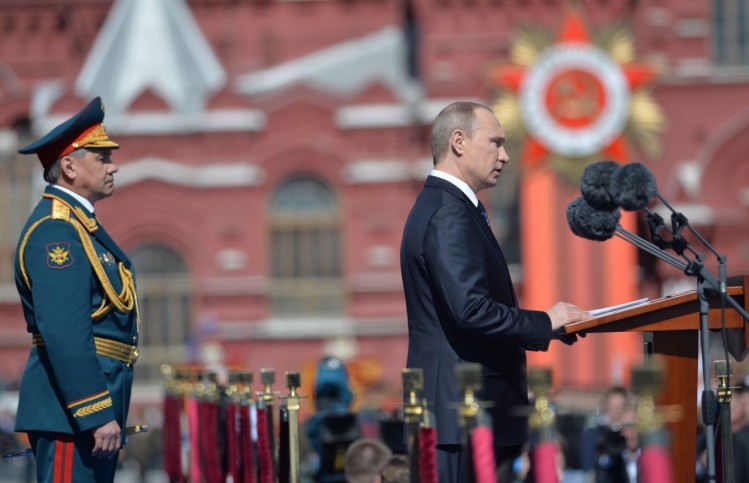