Like many other foreign-policy types, I am being inundated with questions from contacts all over the world asking, “What is Trump going to do about Country X or Issue Y? Who is his point person on Country X or Issue Y?” My answers are unsatisfactory but truthful: I have no idea, and neither does anyone else including probably the president-elect himself.

Trump made a lot of memorable utterances on the campaign trail about foreign policy:

“My number one priority is to dismantle the disastrous deal with Iran.”

“I think NATO is obsolete.”

“I would bomb the shit out of them.”

Translating those slogans into policies isn’t going to be easy. To take but one example of many: Iran and the European countries that were involved in negotiating the Joint Comprehensive Plan of Action (as the Iran deal is formally known) are unlikely to re-open negotiations. President Trump could simply walk away from the deal and impose unilateral sanctions on Iran. But unless he could force the Europeans to restore their sanctions,the mullahs would not be appreciably hurt because they do far more business with Europe than the U.S. Of course, Trump could also threaten to bomb the Iranian nuclear installations, and that would place serious pressure on Iran, but it would also be at odds with his “America First” foreign policy of avoiding entanglements abroad. Trump’s entire stance toward Iran is contradictory, because even while pledging to tear up the nuclear deal, he also pledges to cooperate with Russia in Syria—where Russia has intervened along with Iran to prop up the pro-Iranian Assad regime. Is he going to oppose or promote Iranian power in the Middle East?

Another example: Trump will inherit a campaign against ISIS that is already far advanced. Mosul is likely to fall before he becomes president. Even if ISIS is still in control of Raqqa, the organization will be on the ropes. Does he continue carrying out the existing war plan, backed perhaps by intensified bombing, or does he decide to send U.S. ground troops as well? In the past, he has called for sending as many as 30,000 U.S. ground troops to the region, but, as noted, he also campaigned on a quasi-isolationist platform.

A third and final example: North Korea. Trump has said he would invite Kim Jong-un over for a hamburger. He has said that “China should solve that problem for us. China should go into North Korea.” And he has complained that South Korea doesn’t pay us enough for the cost of stationing troops there. What does this add up to policy-wise? On its face, it seems as if he might follow a much more accommodating policy toward North Korea than even President Obama has done.  But who really knows?

Peter Thiel put his finger on an important point when he said that the media never take Trump seriously but they always take him literally whereas many ordinary voters take him “seriously but not literally, so when they hear things like the Muslim comment or the wall comment, their question is not, ‘Are you going to build a wall like the Great Wall of China?’ or, you know, ‘How exactly are you going to enforce these tests?’ What they hear is we’re going to have a saner, more sensible immigration policy.”

I think that’s right. Trump himself has said that many of his positions are only the starting point of negotiations and that he will be flexible in terms of implementation. Many presidents have delivered a different foreign policy than expected—George W. Bush, for example, was against nation-building in the 2000 campaign before embarking, post-9/11, on two of the most ambitious nation-building experiments of modern times. But Trump’s foreign policy, more than just about any of his predecessors, will be a tabula rasa.

And that, in turn, places a premium, as Noah Rothman already noted, on getting the A-team of experienced foreign policy hands into the administration. These will be the folks charged with turning Trump’s contradictory slogans into an actual foreign policy.

I was one of 122 national-security experts who signed an open letter opposing Trump. But now that he is president I hope that some of my fellow signatories will consider serving in his administration—and I hope that he, in turn, reaches out to those who were opposed to him during the election. (I should stress I have no desire for an appointment of any kind myself.)

The U.S. will face massive challenges when Trump takes power including a resurgent Russia, China, and Iran, and he will need the best minds in the country to figure out an appropriate response. The best bet for a successful Trump administration is for him to appoint well-respected professionals and listen to them. 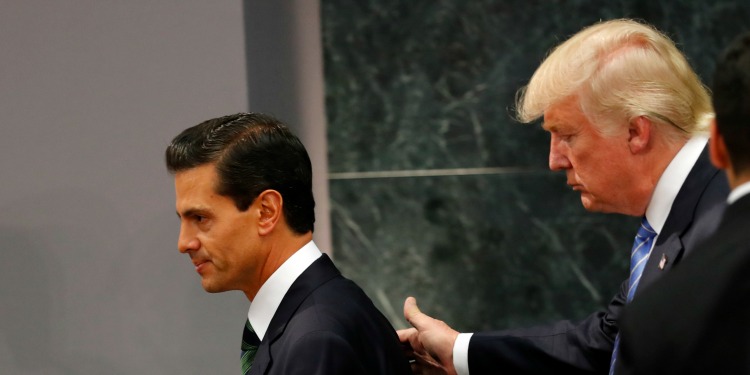