Afghan forces are even now struggling to retake the northern city of Kunduz, which fell to the Taliban yesterday. It is proving a hard slog because the Taliban have been entrenched for so long around the city that its approaches are now full of booby-traps and Taliban fighters. Even if the Taliban are ultimately ousted, however, the damage will have been done: It is hugely demoralizing to see the Taliban take control of a major city for the first time since 2001. It certainly puts paid to any hopes (unrealistic to begin with) that peace negotiations could ever succeed. Why should the Taliban make any concessions at the bargaining table when they still have a good chance of retaking the entire country by force?

But while the fall of Kunduz is undoubtedly significant, its significance is subject to debate. Over at the indispensable Long War Journal, Bill Roggio, one of the most astute analysts of terrorism, argues, “The fall of Kunduz would invalidate the entire US ‘surge’ strategy from 2009 to 2012.” Undoubtedly others will take up a similar theme, arguing that the fall of Kunduz, along with the disasters that have befallen Iraq in recent years, invalidate counterinsurgency (COIN) strategy as it was implemented in both countries.

I beg to differ.

The problem in Afghanistan was not that COIN didn’t work. It did. I saw it with my own eyes. From 2010 onward, I was able to visit areas of Kandahar and Helmand provinces where the Taliban had once held sway and had since been evicted by American troops working with Afghan allies. The problem is that the COIN strategy was never given adequate resources or time. President Obama tripled the troop numbers in Afghanistan but imposed an arbitrary cap of 100,000 personnel — far below the 170,000 or so we deployed at the peak in Iraq, a country with a similar population and smaller land area. This restriction meant that COIN tactics could only be applied in southern Afghanistan; there were never enough troops to make a “clear and hold” strategy possible in eastern Afghanistan, much less in the north, where Kunduz is located.

Obama compounded this difficulty by putting an arbitrary and counterproductive time limit on his troop surge, encouraging the Taliban to wait out the offensive. The surge of forces was only completed in the summer of 2010, and yet, by the summer of 2011, the troops were already being pulled out. COIN, under the best of circumstances, is a difficult undertaking that can require years and even decades to succeed. Obama simply did not have the patience for this strategy. By 2015, the number of troops had fallen to just under 10,000, and their ability to provide air support or other help to Afghan forces has been severely curtailed. That’s still enough to keep the Afghan Security Forces from totally falling apart under the pressure of a relentless Taliban offensive, but it’s not enough to consolidate all of the gains made earlier, including in places like Kunduz.

The question now is what policy implications Obama will draw from what’s happened. Will he continue with the total pullout of U.S. troops by the end of next year, or will he reconsider? It’s pretty obvious that if U.S. forces leave entirely, Afghanistan will be plunged into another civil war with the Taliban making major gains — the Afghan analogue to what’s happened in Iraq since the total pullout of U.S. forces in 2011. Iraq was another place where COIN achieved good results, but U.S. troops did not stick around long enough to consolidate the gains.

Some might suggest that if COIN requires so long to work, it is not a practical policy to begin with. The need for patience is a major stumbling block that has to be acknowledged and dealt with up front, but it need not be a deal breaker. Keep in mind how long U.S. forces have remained in countries such as Germany, South Korea, Italy, Japan and, more recently, Bosnia and Kosovo. None of those places are likely to have been a success story absent long-term American involvement. It is hardly inconceivable that U.S. troops could stay that long in Afghanistan, given that the elected president, Ashraf Ghani, wants them to remain. There is, moreover, no major groundswell of popular sentiment in the U.S. to pull the troops out; the Afghan intervention is largely out of sight, out of mind, because U.S. troops suffer relatively few casualties anymore. (Eight American soldiers have died in Afghanistan this year—tragic but fewer than get killed in training accidents.) In this area, as in so many other foreign policy realms, the president has wide discretion.

President Obama has so far exercised his presidential prerogative in half-hearted ways that have made it impossible to make more lasting gains in Afghanistan. If he does not show more resolution now by announcing that he is going to keep our troops past 2016 (and preferably even increase their numbers), Afghanistan will be considerably worse off by the time he leaves office than it is now, the world will be a more dangerous place, and American credibility will be even more tattered than it is today.

CLARIFICATION: Bill Roggio says that I distorted his point about the surge strategy not working in Afghanistan. He writes to me: “My point would essentially be that the military is capable of executing COIN, and given time and resources it could have succeeded in Afghanistan (and Iraq) but the Afghan surge was doomed to fail as it was under-resourced and restrained by time. “ That is the same point that I made. I’m glad that Roggio and I agree, but I’m sure there are many others out there who will cite the fall of Kunduz as an indictment of COIN in general. 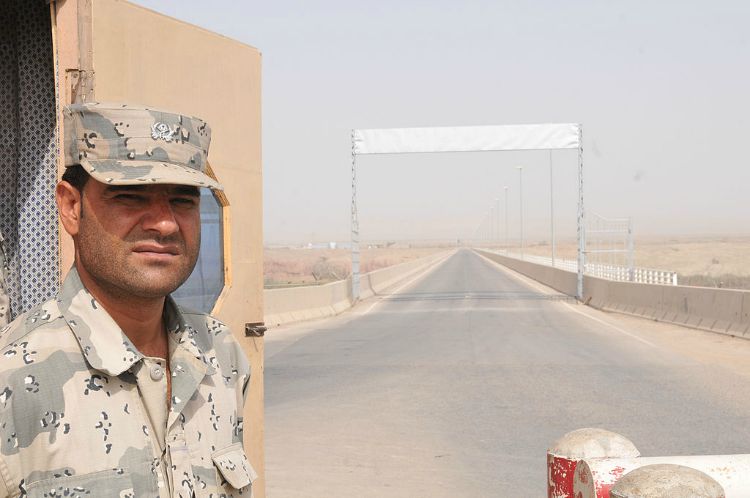