Why would Wikileaks choose to release all of these valuable secrets about CIA hacking capabilities?

Recall that our own intelligence community has established that Wikileaks is basically a front for Russian intelligence. It was used to release a treasure trove of stolen Democratic Party emails last year with which Vladimir Putin sought to influence the outcome of the election. Wikileaks’ explanation for how it received the latest top-secret documents is pretty fishy: “The archive appears to have been circulated among former U.S. government hackers and contractors in an unauthorized manner, one of whom has provided WikiLeaks with portions of the archive.” Perhaps that’s how it happened, but it seems just as likely that these documents, just like the Democratic Party emails last year, were acquired by Russian intelligence (either the FSB or the GRU) and fed to Wikileaks. The likely difference is that it is doubtful the new data came from a hack; the most likely source was a mole within the CIA or an errant contractor like Edward Snowden.

If this was indeed a Russian operation, it raises the question of why any intelligence service would go public with its discoveries instead of utilizing them for its own covert purposes—i.e., to sharpen its own hacking abilities and defend against CIA hacks? The FSB and GRU could even hack other countries and implicate the CIA.

A clue to why these secrets are now being dumped into the public domain may be offered in the fact that U.S. intelligence officials say they learned of the loss of these files last year. That would have given U.S. intelligence plenty of time to change the hacking techniques that have been compromised, rendering the files of little operational use to the FSB and GRU. But they remain very useful for purposes of embarrassing and discrediting their main adversary, the CIA.

To show how the leaks have already accomplished their purpose, consider this article in the New York Times. Its headline: “With Claims of C.I.A. Hacking, How to Protect Your Devices.” To a casual reader, the implication is clear: The CIA is spying on American citizens, and you need to protect your data from Big Brother.

In reality, the Wikileaks files reveal nothing of the sort. This is not Edward Snowden Redux. Snowden did leak information on NSA domestic surveillance—albeit of a benign and legal sort. The NSA was revealed to have gathered “metadata” on phone calls but not on their contents and Internet data that it could later search under the proper FISA procedures authorized by a federal judge. By contrast, there is nothing in the latest Wikileaks release about the CIA using any of its hacking tools—such as a method for allegedly turning some Samsung smart TV’s into listening devices—for domestic surveillance, much less for illegal domestic surveillance. But how may news consumers will realize this? Most will no doubt be left with the vague impression that the CIA is doing something wrong, which is exactly the notion that the FSB and GRU want to propagate.

This, in turn, distracts attention from Vladimir Putin’s misdeeds—such as his war crimes in Syria, his illegal invasion of Ukraine, and his murders of journalists and dissidents—by making it appear that it is the U.S. in general, and the CIA in particular, which is the real culprit on the international scene. This is a trope that is increasingly popular on both the far-left and the far-right. Consider this article on Common Dreams by leftist activist Norman Solomon, denigrating the importance of Russian interference in our election last year based on Wikileaks. “Contrary to all the public relations work that U.S. intelligence agencies have generously done for them,” he wrote, “Russians don’t even rank as peripheral to the obstacles and prospects for American democracy. Rest assured, throughout the long history of the United States, we haven’t needed foreigners to get the job done.”

No doubt this sentiment is similar to the reaction that President Trump and some of his aides have to the leaks, which seem to suggest—without offering any actual evidence—that the U.S. intelligence community undermines our democracy more than the Kremlin does. That plays neatly into Trump’s attempts to demonize the intelligence community for leaks about his connections to Russia; he has even compared their tactics to those of the Nazis. Indeed, the fact that the Wikileaks release came only three days after Trump accused the U.S. intelligence community of colluding with President Obama to wiretap him should raise suspicions about whether this leak is designed, like previous Wikileaks releases, to bolster his political position.

It is, of course, hard to divine the exact motivations behind this release. But of one thing we can be certain: Wikileaks is hostile to the United States, and this release was designed to damage U.S. national security. News coverage which does not put this fact front and center is, alas, aiding and abetting what is likely a Kremlin-directed campaign of subversion. 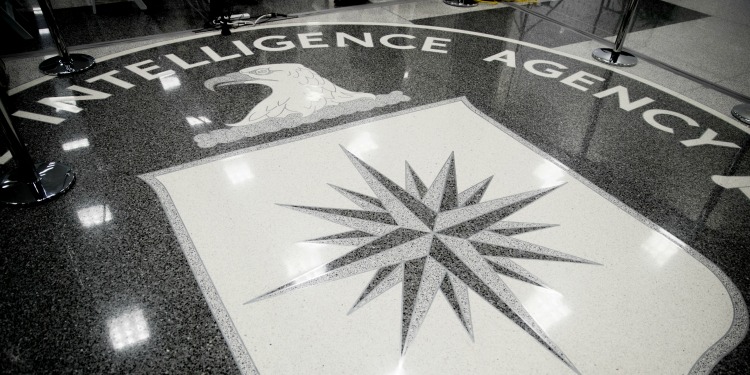