Iranian sleeper cells are nothing new.

The 1994 Iranian attack on the Jewish cultural center in Buenos Aires relied, in part, on Hezbollah operatives living in the triple border area where Brazil, Paraguay, and Argentina meet.

The 1996 Khobar Towers attack, which killed 19 U.S. Airmen in Saudi Arabia, was conducted by Saudi Hezbollah operatives who had been recruited and trained by the Islamic Revolutionary Guard Corps. In effect, they were a sleeper cell for Iran in Saudi Arabia, which the Islamic Revolutionary Guard Corps operationalized to kill Americans and embarrass the Kingdom.

More recently, Arab states have complained about a resurgence of Iranian sleeper cells. In 2008, several Gulf Cooperation Council states accused Iran of establishing sleeper cells in their territories and, in 2010, Kuwait repeated the charges. After stating that it was monitoring Iranian cells in its territory, it subsequently rolled up an Islamic Revolutionary Guard Corps cell. In 2015, Kuwait said that they had interrupted a terror cell directed by the Iranian embassy in Kuwait City.

With Iran fully resourced by the lifting of many sanctions, new Asian and European investment and the cash provided by the Obama administration as ransom for American hostages, it seems Iranian efforts to sponsor cells in Africa and across the Middle East are increasing. Earlier this summer, Kuwait arrested alleged Iran and Hezbollah terror cell members.

Bahrain, too, is facing an increasing Iranian challenge that now seems to have hijacked and increased the lethality of the domestic unrest that erupted in 2011. Just last week, Bahrain broke up a ten-member terror cell. While some in the United States and Europe dismiss Bahraini complaints about Iranian provocations because of Bahrain’s sectarian troubles and previous human rights violations, each of the Bahraini interceptions of weaponry has turned out to be true. Simply put, non-violent oppositions do not need explosives and Kalashnikovs; terrorists do.

It seems blatantly obvious but, in a day and age where denial reigns supreme, it bears repeating: The presence of Iranian sleeper cells has long been the barometer of Iranian intention and the forerunner to Iranian terror attacks. They serve no other purpose. European leaders might consider Iranian President Hassan Rouhani a pragmatic or reforming voice inside the Islamic Republic, and Foreign Minister Mohammad Javad Zarif can woo more naïve diplomats and journalists enthralled with his personality and convinced of his sincerity. But it is the Islamic Revolutionary Guard Corps and intelligence ministries which call the shots, and the direction they are steering Iran is becoming all too clear. 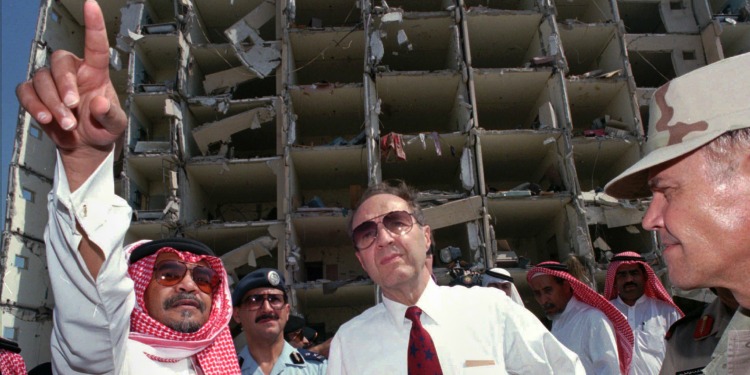