For the first time late last week, Chinese troops from the People’s Liberation Army visited the continental United States to drill with their American counterparts at Joint Base Lewis-McChord, a few dozen miles from Seattle and home of the I Corps. While it was the stuff of headlines, it certainly is not the first time the U.S. and Chinese militaries have cooperated. During the Clinton administration, the Pentagon instructed U.S. aircraft carriers to welcome delegations of Chinese military officials. Technology aside, aircraft carriers operate with careful choreography that is the result of decades of experience dating back to World War II and before. They are mini-cities, home to more than 5,000 people all working in unison. The human clockwork and processes behind the technology can be difficult to ascertain from the outside, but its mastery is necessary if an aircraft carrier is going to be able to launch and recover aircraft, re-supply, and generally operate without accidents. The Chinese delegations studied the U.S. Navy’s operations and processes, many of which they proceeded to replicate in their own navy and on their own aircraft carriers which increasingly threaten U.S. interests.

Despite this, the Obama administration has only fast-tracked U.S.-China cooperation. The White House has honored President Xi Jinping twice with state dinners, more than any other foreign leader. In 2014, for the first time, the Pentagon welcomed Chinese participation in the annual RIMPAC exercise held that year off the coast of Hawaii, even as China openly took advantage of the opportunity to operate within Hawaii’s exclusive economic exclusion zone and collect intelligence beyond the scope of the exercise. Former Secretary of Defense Chuck Hagel briefly considered allowing a U.S. aircraft carrier to make a port call in China, where Chinese intelligence could very easily seek to extract intelligence on its and U.S. personnel, but the Pentagon backed down against the backdrop of Senate Armed Services skepticism, although it left open the possibility to conduct such visits in 2016. Secretary of Defense Ashton Carter, however, welcomed Chinese warships to Mayport, Florida, the U.S. Navy’s third largest base by surface fleet capacity in the United States.

President Obama and diplomats might believe that such ties build understanding and break down suspicion. If so, they might want to suggest evidence to support their theory to counter the ample evidence that China merely sees the opening as a weakness to exploit.

Perhaps Obama is indifferent, but Ash Carter might also consider why China merits such cooperation when it actively obstructs resolutions of several prisoner of war (POW) cases. Then again, the Pentagon today more often stonewalls rather than advocates for POW families. On Veterans Day, I had highlighted the work of historians like Mark Sauter, who have assiduously traced and documented the case of Americans confirmed captured alive inside North Korea, the documentation of whose cases Carter and his predecessors have kept secret from their families more than a half century after their capture.

Alas, that is often the rule rather than the exception. There are two types of POW cases upon which Chinese authorities refuse to share information:

The first are prisoners held in official Peoples Republic of China POW camps in North Korea that were operated under Soviet advisors. There were specific Americans like Dick Desautels and Gerald “Jerry” Glasser, who were known to be alive in those camps, but never returned or accounted for.

The second were those Americans held in secret camps outside North Korea, in both China and, according to former Soviet officers, U.S. reporting, and Russian inmates, in the Soviet Gulag as well. With very few exceptions, none of the Americans reported there by U.S. intelligence during the war were ever returned.

Sauter and John Zimmerlee have done extensive archival work and have found repeated references to secret camps in China. However, when the U.S. Defense Department ‘cooperates’ with China on the issue, they often limit themselves to paying China for information of old plane crashes, none of which have helped resolve the fates of any Americans. So China gets taxpayer money, and the families of those who sacrificed for their country receive nothing. Even as the White House and Defense Department open the gates of hospitality and intelligence to China, they do not require that China comes clean on the fate of POWs the U.S. government knows and the Chinese have in the past acknowledged they held in North Korea who never came home. According to the Pentagon, as related by Sauter and Zimmerlee in this article outlining the POW case, the Chinese “cite classification issues that prevent them” from releasing information on American POWs.

Obama, Carter, and Secretary of State John Kerry may not care. It is easy to imagine that the priorities of the present trump closure for the families of those who served before them. They would be wrong. To allow countries like China, North Korea, and Iran to avoid accountability for the hostages they have taken is to encourage further targeting of Americans in the future. 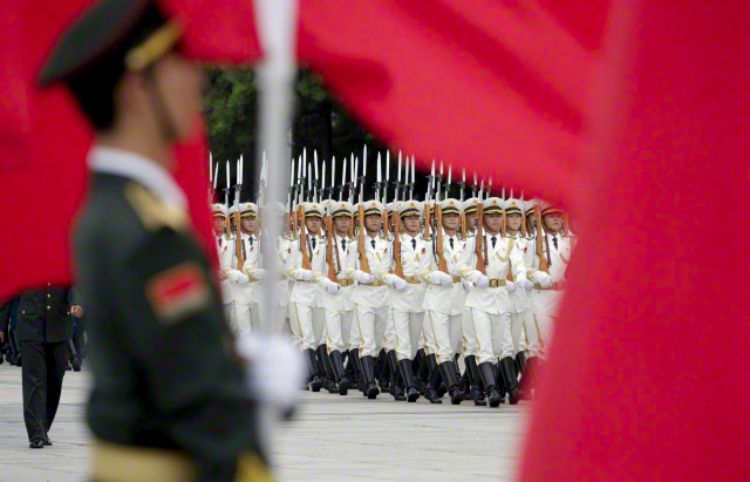