After I visited the Azores over Thanksgiving, I was struck by the degree of the U.S. draw down from its longtime presence at Lajes Field, especially given China’s quite open desire to lease the facility upon the U.S. withdrawal as well as to refurbish the nearby port to military standards. Politicians at present may continue to debate the wisdom of the Joint Comprehensive Plan of Action with Iran or the degree to which Americans should put boots on the ground to defeat the Islamic State. Candidates for their respective party’s nominations might even question proper policy toward Russia — which is on the offensive in the Ukraine and Syria — and threats Eastern Europe. As China develops carrier-killing missiles, a blue water navy, supersonic fighters and weaponry, and anti-satellite technology, however, most diplomats and national security analysts across the political spectrum acknowledge that China may pose the greatest long-term geostrategic threat to the United States, making all the more bizarre the willingness of the Obama administration and Pentagon officials effectively to enable the Chinese to establish a logistical base in the middle of the Atlantic from where they might harass U.S. shipping, collect intelligence, and threaten the East Coast.

The decision to draw down from Lajes Field despite tens of millions of dollars investing and upgrading the base and Portuguese investment in the living quarters and communities surrounding it comes after the Pentagon decided to place a new NATO Intelligence Fusion Centre at a Royal Air Force facility in Great Britain. How that decision came to be seems a testament to poor bureaucratic judgment and sleight-of-hand, if not behaviors more worthy of investigation.

The problem is that while the Department of Defense theoretically based its decision on a cost comparison, number crunchers within the Air Force seem to have massaged the process to achieve a predetermined result. According to a July 20, 2015, letter from the House Committee on Oversight and Government Reform to Secretary of Defense Ashton Carter, the cost comparison, for example, neither considered the $148 million the Air Force had spent on civil engineering projects at Lajes, communications upgrades, and housing. Lajes Field already has modern Sensitive Compartmented Information Facilities (SCIFs), the infrastructure needed to handle the most sensitive information that an intelligence fusion center would be work with on a daily basis. To shut down the U.S. presence on Lajes — a facility that would need few upgrades to perform its new task — would further cost U.S. taxpayers $100 million, in addition to the waste of everything already invested in the air base.

Some of the Air Force cost comparison figures seem downright bizarre and conjured out of thin air. The Air Force, for example, has suggested that living in Lajes would cost $101 million more annually than at the Royal Air Force base in Croughton. That not only contradicts existing U.S. government per diem allowance calculations but also common sense. Anyone who has traveled both to England and the Azores understands that the difference in living expenses between the two locations is akin to comparing Manhattan with West Virginia. The Defense Department cost estimate inflated costs at Lajes by including the costs of facilities that already exist. It included $390 million to build housing that already exists, and it includes $400 million to lay fiber-optic cables that both exist and are in use. Indeed, after significant investment, the Lajes facility utilizes multiple, redundant fiber optic cables providing an operating speed of 2.5 GBps and which is upgradable to 100 Gbps. The Defense Department also skirted the law by basing its cost estimate for locating the intelligence cell at Croughton, in Northamptonshire (near Oxford) on a five-year assessment rather than projecting costs and upkeep over 30 years. In addition, the Defense Department failed to use Office of Management and Budget discount rates.

So what did the Air Force instead do? While it says that it considered multiple sites when making its decision to locate the new fusion center in the United Kingdom, the fact of the matter is that they excluded arbitrarily many locations — including Lajes — that met all criteria and instead mostly focused their consideration on locations in the United Kingdom or in the Belgium-Netherlands location. Whistleblowers seem to suggest that part of the reason for the Air Force decision to favor the United Kingdom and exclude Lajes is that many families rather live in England or Europe where weekend road and train trips are easier; TDY expenses — another item very much in need reform in these lean times — also bring more money to air force and government personnel in the United Kingdom. Many others seem to be simply following orders to cherry pick numbers or to exclude data. Few within the Pentagon are willing to consider the geopolitical big picture.

When Congress began investigating, rather than correct its mistakes, the Pentagon doubled down, with someone leaking false numbers to journalists to try to blow smoke over the investigation and attack the investigators’ motives. That General (USAF) Philip M. Breedlove, commander of U.S. European Command, sent a letter to the Secretary of Defense, Senator John McCain, the Director of the Central Intelligence Agency, and other senior officials on October 28, 2015 mischaracterizing the concerns of the House Intelligence Committee on the issue and suggesting, contra all outstanding requests for data, that its chairman, Devin Nunes, supported locating the fusion center in the United Kingdom only adds insult to injury. At the very least, Breedlove should appear before the House Intelligence Committee and Senate Armed Services Committee and explain how such a letter got sent.

Secretary of Defense Ashton Carter is an honorable man. Part of his qualification for the office was his grasp of numbers and the inner-workings of Defense Department acquisitions and process after years of prior service. That under Carter’s watch, however, the Defense Department would play such a numbers game and others under his command would mislead Congress is a black mark on his tenure given both the taxpayer money at stake as well as the strategic implications of the decision.

In the age of sequestration, the Pentagon doesn’t have money to waste. And during this time of geopolitical challenge, the United States should not be ceding for silly reasons its strategic position in the Atlantic. It’s time for some hearings on Lajes and some accountability for those, be they civilian or military, who appear to have corrupted the process. 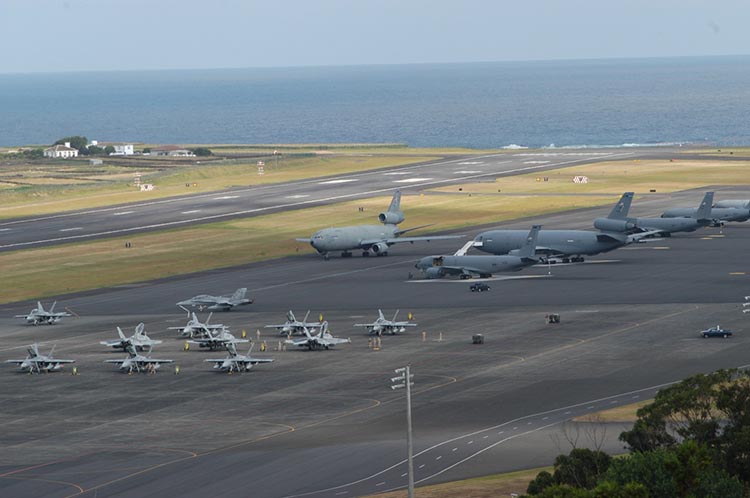