Perhaps we’re in an era that lionizes grievance, perhaps a new generation longs for the glories of a past generation’s triumph over evil and bigotry, or perhaps it’s the simply the fact that in a litigious society accusations of racism are a third rail that universities, corporations, and individuals will rush to resolve regardless of the merits of the charge. Or perhaps, for some, screaming racism has become a useful tool in order to promote other agendas.

Whatever the reason, at the core of the grievance industry lies the notion that racism is ever present in life. On its face, this is nonsense. The state no longer mandates segregation, nor can private companies deny service to people based on the color of their skin. Children of various ethnic and racial backgrounds play together, and their parents shop together. Barack Obama won the presidency not on the back of a single constituency, but rather because he appealed across race, ethnicity, and religion. Problems do exist, but they are few and far between and, unlike a generation or two ago, the law is on the side of the victims of racism rather than its perpetrators.

So what is the basis of the notion that racism is so out-of-control that resolving it takes massive government or administrative intervention and how did it become that constraining free speech became an acceptable price to pay to resolve real or imagined grievance?

The fact of the matter is that the grievance industry today is much less about tackling real racism and more about pursuing unrelated political agendas on the back of manufactured grievance.

Many civil rights activists have pursued political agendas at the expense of their own personal credibility. The archetype for those cynically using race to push a political agenda or to simply shake down opponents is Al Sharpton, who ruined lives as he falsely claimed that Tawana Brawley had been gang raped by white men, including a police officer (who committed suicide) and a local prosecutor. Her story turned out to be a hoax but also a lucrative springboard for Sharpton, who has yet to apologize.

Then there’s John Lewis, a legitimate civil rights hero who allowed politics to get the best of him when he stood by Andre Carson, a colleague who falsely told the press that tea party activists had repeatedly shouted racial epithets at him on Capitol Hill. The problem was that no such incident appeared on video footage. When challenged, Lewis clammed up but never apologized. Perhaps he thought that tainting political opponents with the racism label would avoid the need to argue the question of government overreach on its merits, but all Lewis did by clinging to an easily disprovable racism charge was to soil his own reputation.

Protests erupted in Ferguson, Missouri, after the August 9, 2014, police shooting of teenager Michael Brown, who had just robbed a convenience store. Civil rights activists claimed that police executed Brown after he had put his hands up and asked them not to shoot. Against the backdrop of such outrage, protests spread, millions of dollars in property damage occurred, and several police officers lost their lives in revenge killings in the anti-police fervor that followed Ferguson and other similar incidents. The problem was that the whole “hands up, don’t shoot” line was a myth, unsupported by eyewitnesses or forensic data.

Universities have become the new front line. If elite universities are racist, it is only because they view diversity almost exclusively through a racial lens. After all, they actively recruit African Americans and other “people of color” as both students and professors, provide students in need with millions of dollars in grants and scholarships, and provide any number of services to ensure that no one falls through the cracks. At Yale University, however, students worked themselves into a frenzy with regard to two incidents: In one, a lecturer had the temerity to suggest that university administrators had no business involving themselves in judgments about the sensitivity of Halloween costumes and, in the other, an African American student suggested that a fraternity had denied her admission to a party on the basis of her race. The first, agree or disagree with the lecturer, was an issue of free speech and the question of administrative overreach. As for the second, the charges turned out to be baseless: none of the so-called witnesses had heard the exchange first hand, and the fraternity had admitted a number of African and American and other female students. Nevertheless, the incidents became the basis for the usual political shakedown by those seeking greater handouts and less individual accountability.

There’s an epidemic on campuses today and across society. It isn’t racism, but rather crying wolf about racism. Perhaps the racial grievance industry believes that the short-term gains of such tactics are worth their long-term costs. I disagree. False accusations of racism and the ever-expanding definition of racism ultimately spark backlash, breeds cynicism, and undercuts the ability to redress grievance when it truly does occur. Indeed, increasingly, it seems America’s problem is no longer racism but rather those who seek relevance by fighting it where it does not occur. 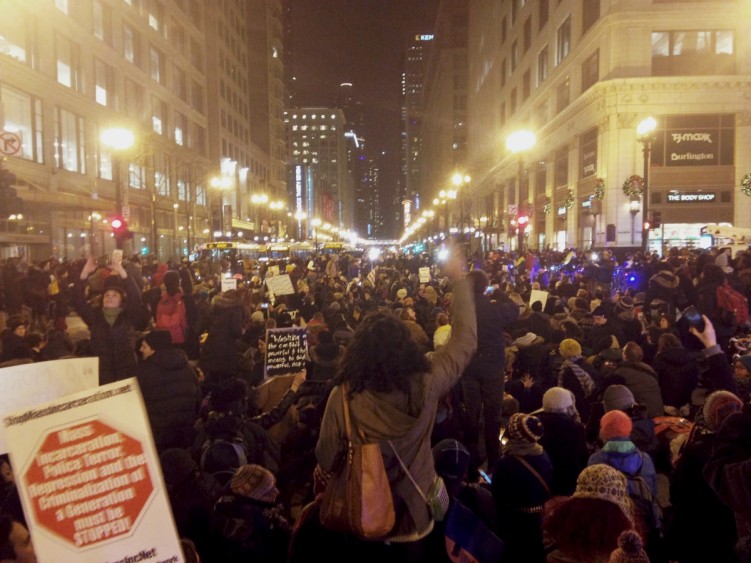