As Iraqi and Iraqi Kurdish forces close in on Mosul, the realization is dawning on policymakers in the United States and abroad that Mosul’s liberation really is only the end of the beginning rather than the beginning of the end. There appears no international plan, for example, to go after those who seem to have profiteered off Islamic State oil. (Leaked emails appear to show the involvement of Turkey’s energy minister who also happens to be President Erdoğan’s son-in-law, for example).

The biggest question mark, however, looms over the question of post-liberation governance. Brett McGurk, President Obama’s special envoy to the global coalition to defeat the Islamic State, has said that the problem is less lack of a plan and instead the presence of too many. “If we try to resolve everything before Mosul,” he remarked, “Daesh [the Islamic State] will never get out of Mosul.”

To kick-the-can down the road on the matter of post-conflict governance does neither Iraq nor regional security any favors. It is especially ironic that the Obama administration would defer the governance question, given how vociferously it criticized the Bush administration for the inadequacy of its plans prior to the start of Operation Iraqi Freedom.

At the very least, there should be some guiding principles if post-liberation governance is going to work:

From a broader perspective, the U.S. Embassy and the next administration should listen to the Iraqis as they debate and discuss their own reforms. As the brilliant young scholar Hamzeh Hadad noted in a dissertation since published in English and Arabic by the Bayan Center for Planning and Studies, “despite being new to the democratic process, the Iraqi people have fought for democracy and accepted democracy as the legitimate form of rule, demonstrating their dissatisfaction through freedom of speech and holding politicians accountable via the ballot box.” While rebuilding after the fight against the Islamic State will be difficult—even without the war, the decline in oil prices imperiled Iraq’s economy—there is greater space now in Iraqi minds for active U.S. participation in Iraq than perhaps every before. Again, Hadad notes, correctly I think:

There will be less domestic pressure to pull out when ISIL is defeated, because all boots on the ground in the fight against ISIL so far have been Iraqis. There will not be war fatigue domestically as was the case before with the Coalition of the Willing. The coalition needs to maintain training of Iraqi troops and advising with the rebuilding of cities. Democratic allies will need to adopt the Iraqi schedule of democratization and adopt commitments to adhere to the need for Iraq to achieve full democracy.

What can the United States do post-Mosul? Simply committing itself to engaging Iraqis in the long-term as allies would be a good place to start. Iraq can be as positive an influence on regional security as it has been a negative factor since the unilateral U.S. withdrawal. Washington should use Mosul’s rebuilding as an opportunity to rebuild more than just the city. 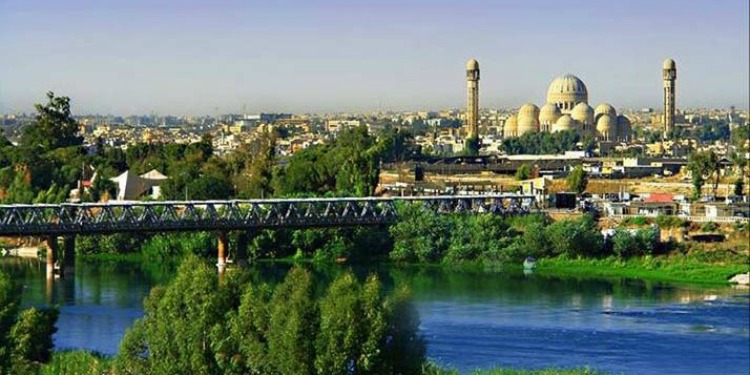