There are four common myths or misconceptions that infuse U.S. and European peace process diplomacy when it comes to the Israel-Palestinian conflict. The first is that there are millions of Palestinian refugees. This number is arbitrary, the result of UN sleight-of-hand. After all, the United Nations uses a different definition with regard to Palestinians than it does everywhere else in the world. The late University of Illinois Professor Fred M. Gottheil tackled this issue a decade ago in Middle Eastern Studies.

Then, there is the issue that demographic reality means that Israel must make peace now lest Palestinian population growth mean that Israel will lose its democratic character. At the root of this view, however, is blind acceptance of Palestinian Statistics Agency numbers, as Yakov Faitelson definitively showed in the Middle East Quarterly.

A third myth appeals to the humanitarian impulses embraced by so many across the political spectrum. It holds that the plight of the Palestinians (and especially the Gaza Strip which hasn’t been under occupation for a decade) is a humanitarian tragedy. And while the Palestinian leadership may be tragic in its disdain for life, liberty, and the bettering opportunities and freedoms within society, the simple fact of the matter is that living standards in the Gaza Strip are better than those in Turkey and many other developing countries.

The fourth and perhaps most pernicious myth is that settlements are the chief impediment to fruitful peace talks. A bit of background: The Obama administration entered office putting Israeli settlements in the disputed West Bank front and center. In contrast to his predecessors, President Obama made freezing the expansion of settlements and towns in disputed territories—both in terms of area and population—a prerequisite to further peace talks rather than a subject for diplomatic discussion. In effect, by acting as the zoning commissioner for Jerusalem rather than the leader of the free world, Obama gave Palestinian Authority President Mahmoud Abbas a free pass on his refusal to respond to previous Israeli peace offers, be they from 2000 or 2008. The Israeli government might offer talks anytime, anywhere but the Palestinian Authority could and did use Obama’s initial statements as a reason not to engage.

Many journalists and diplomats believe that, under Israeli Prime Minister Benjamin Netanyahu, settlement growth has been out-of-control. This, too, is false. While some Israeli activists still try to create outposts, most of the so-called ‘settlement activity’ is actually limited to natural growth in areas which previous rounds of peace talks indicated would be under Israeli control after a final agreement. In effect, Israeli towns build up rather than out, just as Palestinian towns often do. Now, however, new research from ‘Down Under’ courtesy of the Australia/Israel & Jewish Affairs Council (AIJAC) suggests that critics of Israel exaggerate ‘natural growth’ construction. From Aharon Shapiro:

The fact is, since Israeli Prime Minister Binyamin Netanyahu took office in 2009, on average, demand for housing in settlements for natural growth – i.e. births and marriages – has exceeded supply of new housing, even in settlement blocs Israel is expected to keep in any potential peace agreement. Far from “massively expanding”, settlements are barely treading water. These statistics are available to anyone, yet diplomats continue to overemphasise the settlements issue – a counterproductive exercise which stands to diminish prospects for peace between Israel and the Palestinians – not because of the settlement reality but by propagating the myth of exaggerated Israeli settlement activity…

Three statistical trends are a matter of factual record and are beyond dispute: First, since taking office in 2009, Israeli Prime Minister Binyamin Netanyahu has built fewer homes in Israeli settlements in the West Bank than previous prime ministers going back to the 1990s, including centrist Kadima’s Ehud Olmert and Ariel Sharon and centre-left Labour’s Ehud Barak. [AIJAC has been keeping statistics on housing starts in Israeli settlements in the West Bank since 2000, and they can be viewed here.]

Second, as mentioned earlier, the vast majority of homes that have been built in settlements are in settlement blocs that take up a tiny fraction of the West Bank and are expected to remain part of Israel in any future peace deal as a result of negotiated land swaps with the Palestinians (land swaps being a principle that even the Arab League has endorsed).

What does this mean, exactly? As I also reported in my December 2014 blog, at the end of 2013, settlers made up 4.38 percent of Israel’s population. (Today, according to the latest data available, settlers have increased to 4.47% of Israel’s population. As I shall reconfirm shortly, we know that this modest increase itself is entirely due to births among the settler population and not from new housing since, again, according to the long-term trend, new housing inside pre-’67 Israel outpaces construction within settlements.) If housing starts in the settlements only account for 3% of Israel’s overall housing starts in an area that contains 4.47% of the population, it means that the settlement population is being underserved and cannot find enough new housing to even accommodate natural growth. Put another way, it means that if the children of settler parents (who may well have been raised in the West Bank from birth and even married a friend from the same settlement) wants to start a family close to their parents, they may not be able to do so because there simply aren’t enough new houses being built to accommodate that.

Shapiro’s whole article is worth reading (as is the AIJAC Review). The more scholars delve into statistics, the more apparent it is that professional peace processors have become so blind to reality that they would discount any data that does not conform to their preconceived assumptions. With so much conventional wisdom about the Palestinian-Israeli conflict unsupported by reality, is it any surprise that U.S. and European diplomacy on the issue has such a poor track record of success? 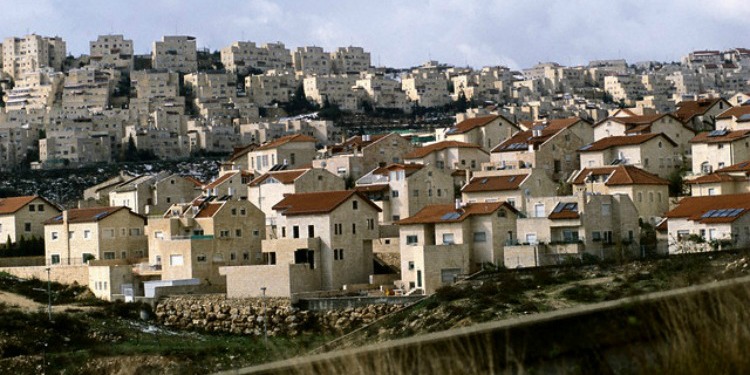