A bipartisan majority in the House of Representatives voted to block Boeing’s proposed $25 billion sale of 100 aircraft to Iran. While the administration says the deal is necessary to allow Iran to benefit economically from the Joint Comprehensive Plan of Action (JCPOA), opponents point out that some aircraft parts are fungible, and so Iran could pirate parts from the Boeings to support other aircraft. The matter is far from finished.  The issue will be discussed in conference between the House and Senate, and then go to the president, who would veto anything about which Iran might complain. And Iran won’t hesitate to complain that the U.S. Congress is getting in the way of business and that this constitutes a violation of the JCPOA. The international community shouldn’t take this seriously given that Iran cancelled an order of American cars on the orders of the Supreme Leader. Consistency matters and Iran established a precedent in the aftermath of the JCPOA by boycotting American goods that can’t be used for the military.

The fear in Congress and among many analysts is, of course, that Iran might simply use the Boeings for nefarious purposes, such as delivering supplies to terrorists or personnel to support insurgencies, such as those in which Iran is involved in Yemen or Syria. Because the Obama administration’s promise that Boeing would conduct due diligence, at a minimum, Boeing should be held culpable if any of its planes are used to support terror.

Worry that Iran might use the Boeings to facilitate terrorism is not farfetched. Anything greater than a decade is ancient history in Washington, but it might be useful to remember Iran’s efforts to break the arms embargo in Bosnia back in the early and mid-1990s. Here, for example, is a report from the New York Times from September 10, 1992 (emphasis added):

…Croatian officials have intercepted a planeload of Iranian arms and personnel, Western officials said today. The officials said that according to reports from the region, an Iranian Boeing 747 flew to Zagreb, the Croatian capital, on Friday. Its ostensible mission was to deliver relief supplies for overland delivery to Bosnia and Herzegovina. But when the plane was inspected, Croatian officials discovered 4,000 guns, more than a million rounds of ammunition and 20 to 40 Iranians huddled in the back. The Croatian authorities were said to have seized the war materiel and sent the Iranians home. The Croats have not publicly acknowledged the episode, but plan to officially notify the United Nations soon, American officials said.

The Muslim-led government’s army received weapons and explosives smuggled from Iran and elsewhere in violation of a 1991 U.N. arms embargo, a senior Bosnian military source said Friday… The Bosnian source, speaking on condition of anonymity, said the Bosnian army received hundreds of antitank rockets… The Washington Post reported last Friday that Iran delivered about 60 tons of these supplies to Croatia’s capital, Zagreb, last week. They were in crates marked “Humanitarian Aid” and “No Smoking,” the paper said. Citing unidentified diplomats and Bosnian Muslim sources, the Post said an Iranian Boeing 747 jumbo jet delivered the shipment May 4, two days before a visit to Bosnia and Croatia by Iranian Foreign Minister Ali Akbar Velayati.

Now, the Bosnian Muslims were certainly deserving of support against the ethnic cleansing which the Serbian (and, at times, Croatian) militias sought to perpetrate, but not every faction was equal. The Iranian fighters which Tehran used Boeing jets to try to insert into Bosnia were not forces for peace or justice; they were Islamic Revolutionary Guard Corps personnel intent on conducting ethnic and sectarian cleansing. Nor does Iran differentiate between helping Bosnians on one hand, and helping Hezbollah, Assad, and Houthis on the other.

Iran’s Supreme National Security Council chairman at the time of the Bosnia operation? Hassan Rouhani. Kerry may want to ignore history, but the concern of those suspicious of Iranian intent is justified. 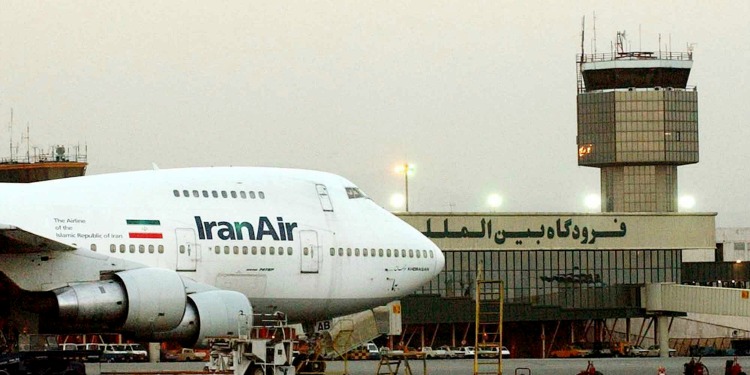